One thing I've learned about myself:  I could be VERY dangerous given enough time to get ready for a "ban" on anything.  Before starting my very first year of Cold Sheeping, I had a last minute order "in case" I ran out of yarn: 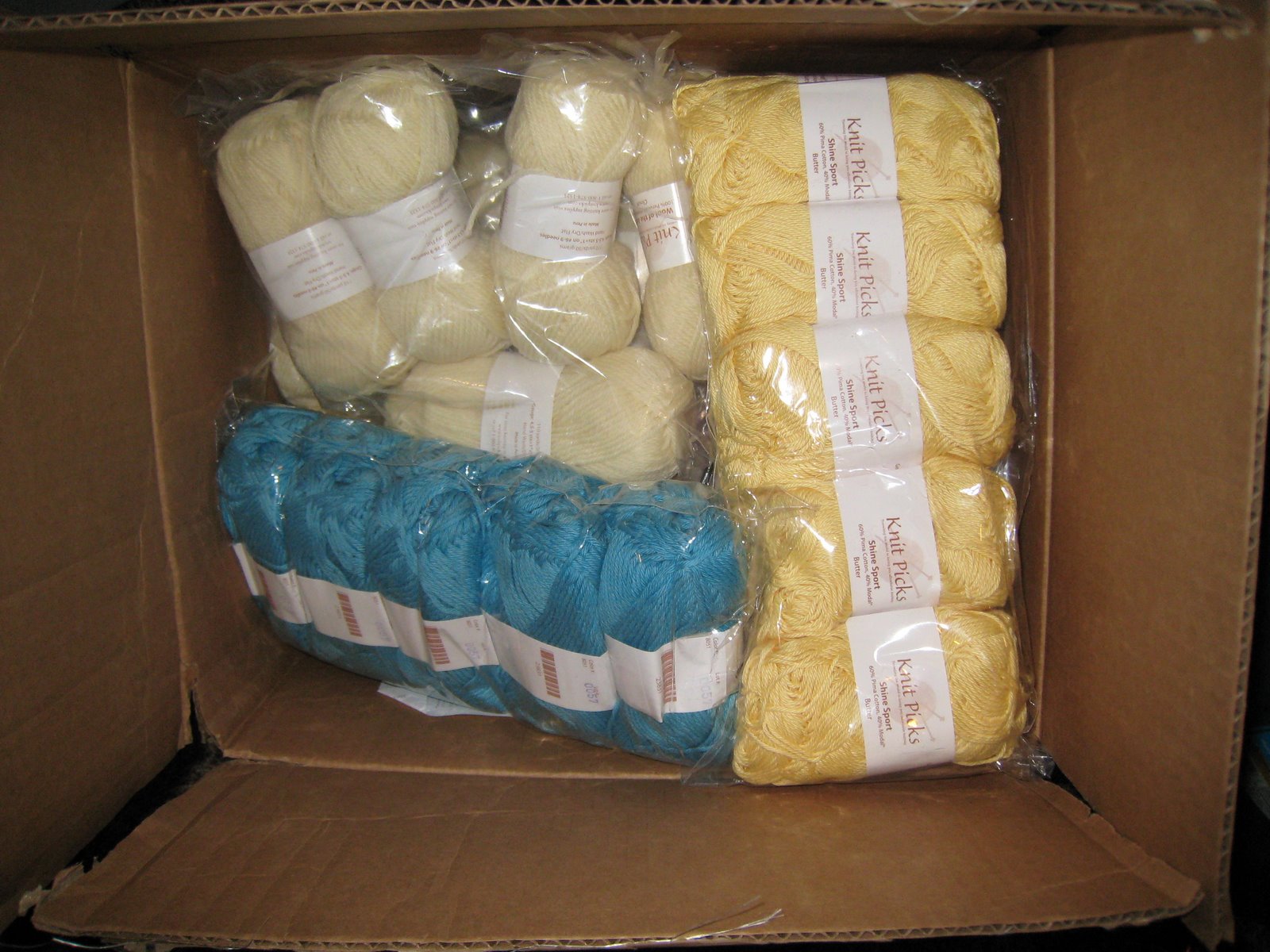 There was a pink yarn in there as well, so my "getting ready" involved yarn for FOUR sweaters.  (Though in all fairness, the pink sweater is now my ratty wear-around-the-house sweater, the cream yarn is my favorite wool cardi, and the turquoise is my favorite spring sweater, so at least I shop well under duress). I was thinking of starting my ban on December 1, but that would give me an entire month to get myself into trouble with "preparation," so November 1 it is!

I just placed the Knitpicks order after removing more yarn from it.  I feel pretty good about it--I removed some colors that I thought could be nice and just went with what I am likely to do next year.  No lace weight, no sock yarn--just the ornament yarn.  And now I'm done.   The only thing that might become a problem is white machine embroidery thread because several of the ornaments I want to make next year are stand-alone lace ornaments and they are thread-hogs, but I have other colors as well and if I truly run out of that particular embroidery thread before November 1 of next year, I might make an exception.  Maybe.  I could grab another couple spools before Wednesday, but that would mean breathing in fabric fumes when I am about to embark on a year-long spending ban and I just don't think the end results would be pretty........

Wednesday's physical therapy appointment was a bit too much for my back, and then we tried a different sort of end treatment rather than the usual e-stim massage that I can NOW say really helps after treatment.  By Thursday, my back muscles had started spasming, which put me back on full-strength pain medication, round-the-clock doses of valium, which basically knocked me flat for most of the weekend.  Because valium is addictive, Sunday I decided to give the other muscle-relaxer they gave me a shot.  I'd stopped using it because it made me nauseous, but that was after a few days, so I thought one day wouldn't hurt.

Some days I amaze myself with how very wrong I can be.

Did you know that a drug can leave you nauseous for 24 hours after the dose supposedly runs out?  Yesterday I spent most of the day laying perfectly flat because any movement at all made everything worse.  After a while, I didn't even have the will to knit.  Yes, you read that correctly--I didn't even want to knit.  Needless to say, Andy and Theo were quite worried.

Thank heavens I woke up this morning feeling weak but better, and I am happy to report that there has been no long-term damage to my knitting obsession.  And so far my back feels pretty good--that was one way to get it some rest.
Posted by Toni at 8:34 AM No comments: