But FIRST, Why I Haven't Posted In So Long

Almost a month ago now, Andy and I set our for a walk bright and early on a Sunday morning, only to find 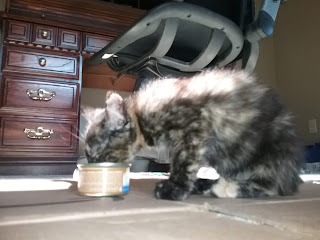 a frightened little kitten hiding behind a garbage can on the greenbelt.  It was amazing that we even found her as there is a hawk family right in that area, and they'd eat a kitten in a flash.  We caught her and started knocking doors along the houses closest to where she was, but while we met some really great people--including one lovely woman who let us borrow her cat carrier to save on being scratched--NO one was missing a kitten.  We finally brought her home and took some pictures for posters for the neighborhood, but she had other ideaS-- 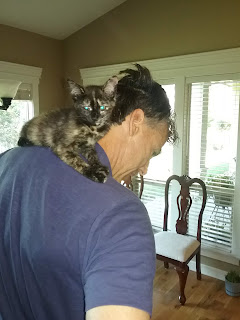 like staying.  "BUT WE ALREADY HAVE 3 CATS," we told her.  She responded with even more cuteness: 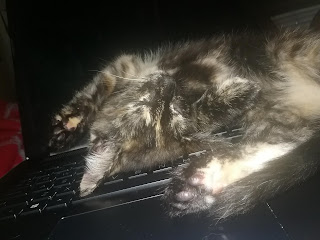 Not to be deterred, we put up posters, posted on Facebook, and took her to a vet to check for a microchip (and receive her first shots).  Nothing.  She continued her campaign to stay, taking up an interest in knitting, 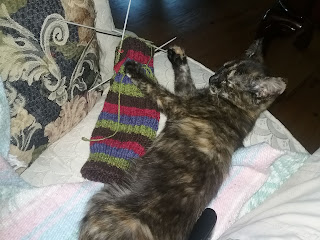 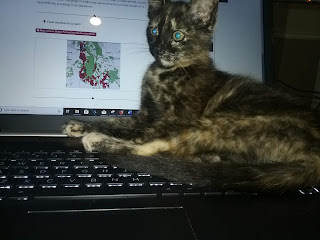 and even showing me some great new features on my computer... 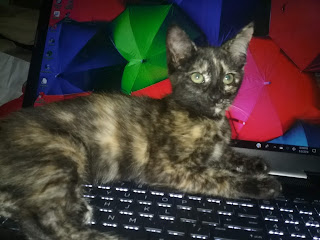