.....(otherwise known as 2009), there was a crafter who thought up a lovely project while on pain pills--not the pain pills for her back which make her nauseous and cause stomach ulcers, but the heavy-duty pain pills the medical community gives one after surgery because making a patient sick, groggy, stupid, and incredibly sleepy reduces the chances of the patient ripping out stitches.  This crafter started a pieced tablecloth that would require 180 quilt blocks without checking to make sure that she had enough fabric for all 180 quilt blocks.  This cannot be blamed on the pain pills because she would have made that mistake without any drugs, but perhaps the idea of 180 blocks might have given her pause.  However, stupid ideas do not even slow our heroine down at the best of times.  While on medication, they seem positively wonderful.  And that is how our heroine ended up with 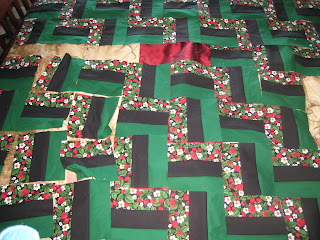 a well-aged set of quilt blocks waiting to be something other than a magnet for cat hair.

Deep within the heroine's land lies an evil empire known as Jo-Ann Fabric and Craft Stores which is now ruled by the Demon King known as "Superstore" where hopeful crafters go to die a slow, heartbreaking death at the eternal bog known as the "cutting counter" where two employees slowly taunt them by calling out numbers of crafters who have long-since perished from starvation while waiting for the previous 400 numbers to be served.  There was a brief glimmer of hope in the land known as Hancock Fabrics, which, while run-down and having less selection and employing only those lacking the ability to cut straight lines, at least provided crafters with a refuge from the Superstore.  However, a terrible virus known as "upselling" struck Hancock Fabric, and crafters were mercilessly driven from the store by clerks pushing one product after another at them in an attempt to make the crafters sorry they ever set foot in the place.  Used car salesman watched in awe at the tenacity of the clerks and carefully took notes for future reference.

This left our crafter in a quandary.  Risk the deadly slowness of the cutting counter at the Jo-Ann Fabric Superstore or face the onslaught of product pushing at Hancock Fabrics?  Fate, however, smiled on our heroine this week.  She had to journey to another land known as Ontario, Oregon, and in this foreign land lived a Jo-Ann Fabrics which was not yet under the rule of the demonic Superstore, and where the lines didn't yet contain the populations of small countries.  And while the staff still suffered from the obligatory technology problems, they were actually helpful and quick, so it is quite possible that the store has been hidden under a magic cloaking spell to protect it from the curse of "cost-cutting decisions" that brought evil Superstore to power.  As in all fairy tales, treasure lurks in magical places if one just looks hard enough, and 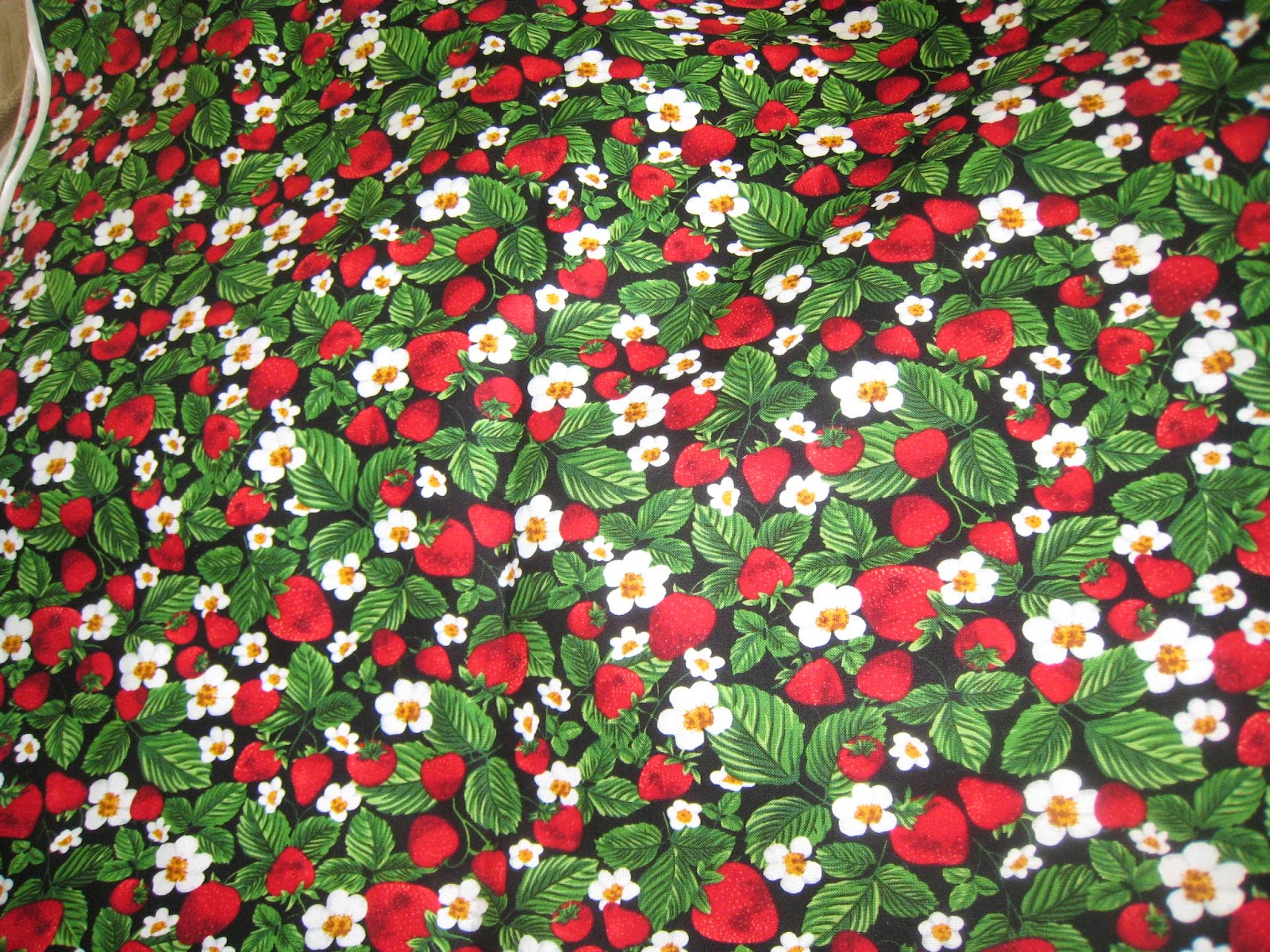 our heroine has emerged triumphant with TWO yards of the missing fabric after abandoning all hope of ever seeing it again, and will be tackling the tablecloth once she gets her project table cleared off, which is another story entirely................