So, I didn't reach either of my crafting goals for last year, but I did use up 96 yards of fabric, which would really be making a dent in the stash if I hadn't also bought quite a bit of fabric last year.  Oops.

There were a few late-finish projects, like another teal rope bowl, 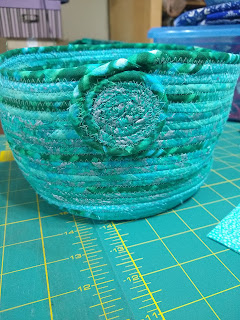 more flannel pajamas which I am currently wearing, and another rope bowl which was promptly gifted: 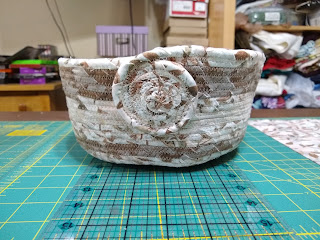 Since I had to work the day after and day before Christmas, we decided to not have our traditional open house & game night, and instead had fun making homemade falafel and pitas--with Charlie helping herself to a pita, 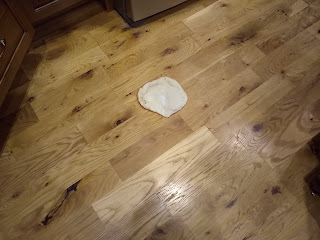 hanging out in the trees, 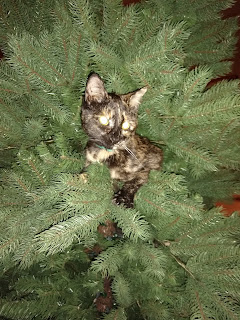 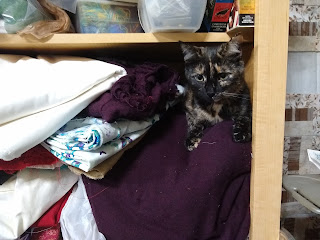 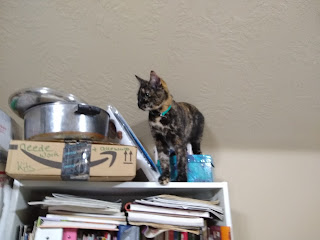 and enjoying some new toys from a friend: 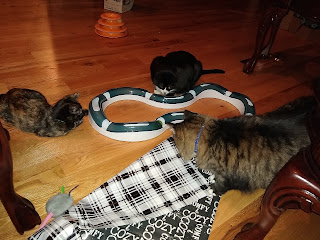 Valentino has been slowest to warm to Charlie, probably because HE was the baby before her, but she's determined to wear him down: 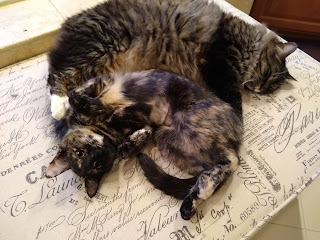 For New Year's Eve, I won a trip for two to Phoenix to attend a Jim Brickman concert (enter to win a trip for two to Las Vegas here), and while like so many songwriters, I knew his songs but not his name, we had a great time.  Jim and his staff are really nice people, and we spent a day at the Music Instrument Museum, which is wonderful.  I'm not a huge fan of Arizona because of its politics, so I wouldn't have visited on my own, but it is interesting to see an area driven by old age.  There are doctors and hospitals EVERYWHERE, dinner specials start at 4:00, and we learned that there are "silver alerts" to notify residents that a senior who shouldn't be driving has taken a vehicle and is now loose on the roads, which is unnerving to learn while on the freeway.  Um, yeah....

Of course, a trip needs travel knitting, and since none of my existing projects were a good candidate, 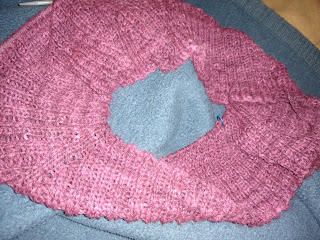 I started a new sweater.  It's on size 3 needles, so not a fast project, but it made a great travel project.  However, I think this makes sweater WIP #20 or something ridiculous like that, so I think it's time to finish a few of them.  As soon as I find them all..........