Well, I may not have enjoyed great health so far this year, but it has been good for the 100-projects goal. 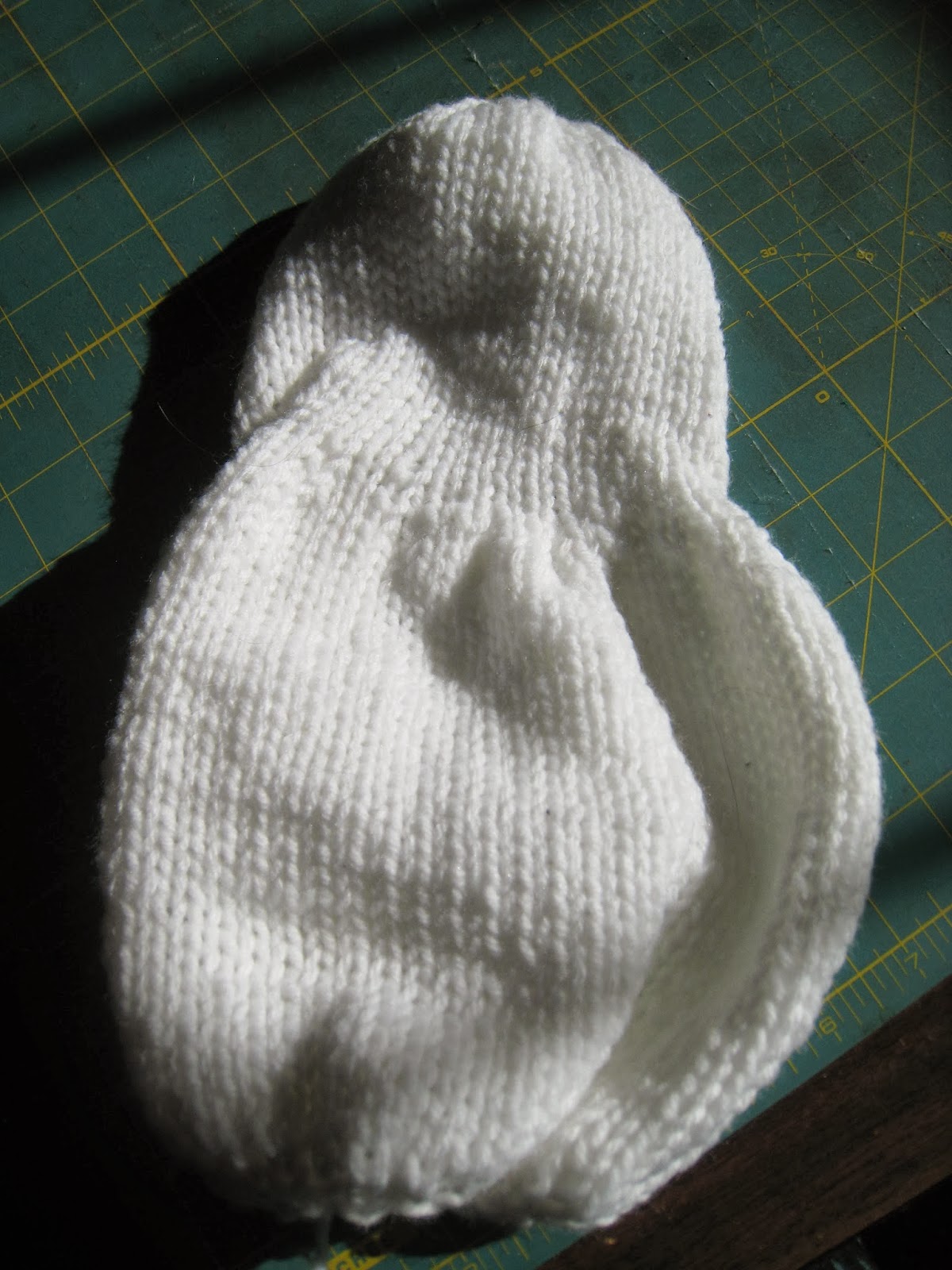 except for his eyes, which he'll get when he gets stuffed.  I had intended for his scarf to get some fringe, but 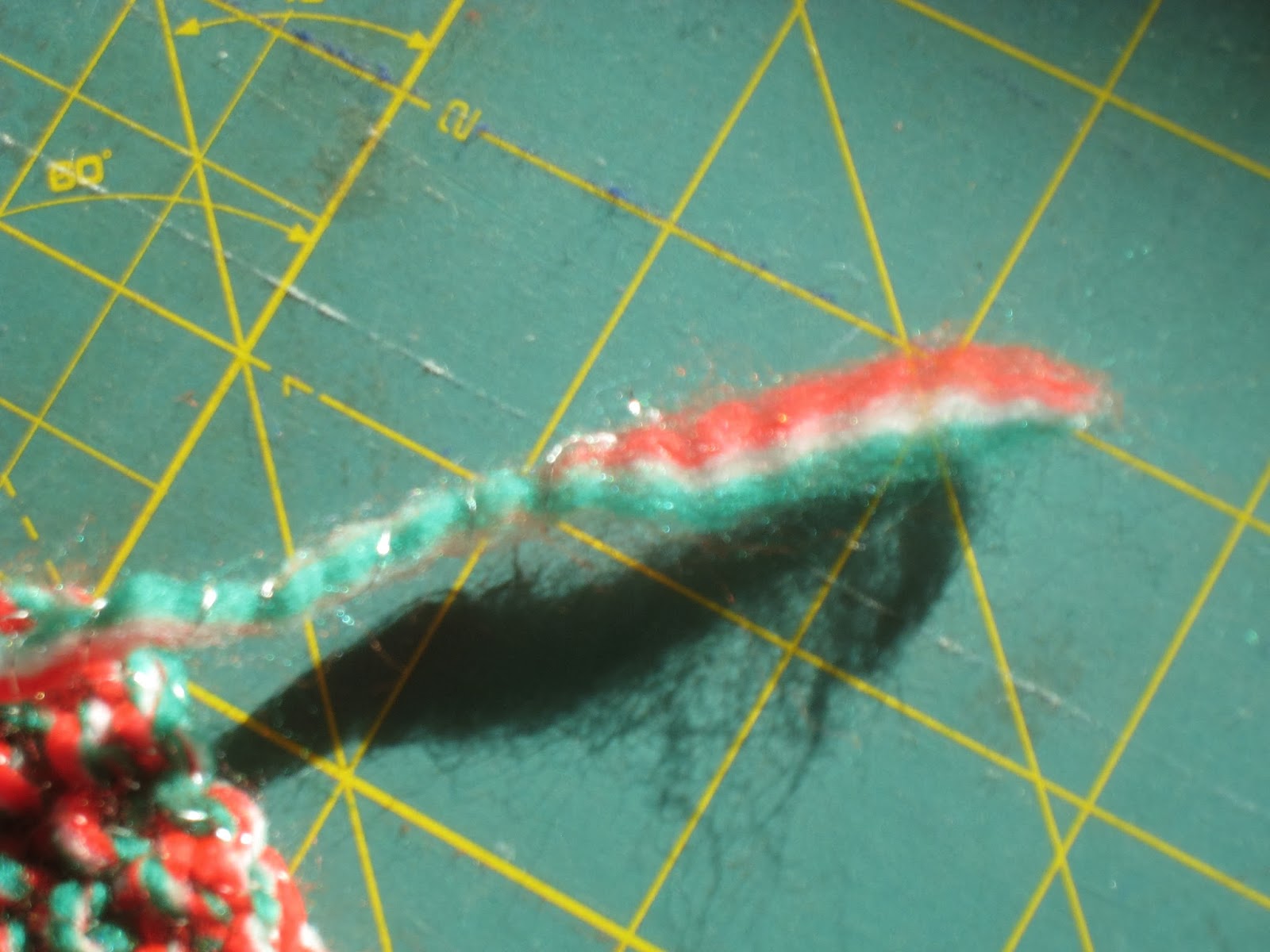 in less than one day the end of the yarn has frizzled completely, so we'll skip it.  He entirely took the last of my Red Heart white, and as I never count the Red Heart yarn in my stash used tally until it's totally gone, I got a great big 364-yard boost to my tally for the year, which was quite exciting.  So exciting, in fact, that 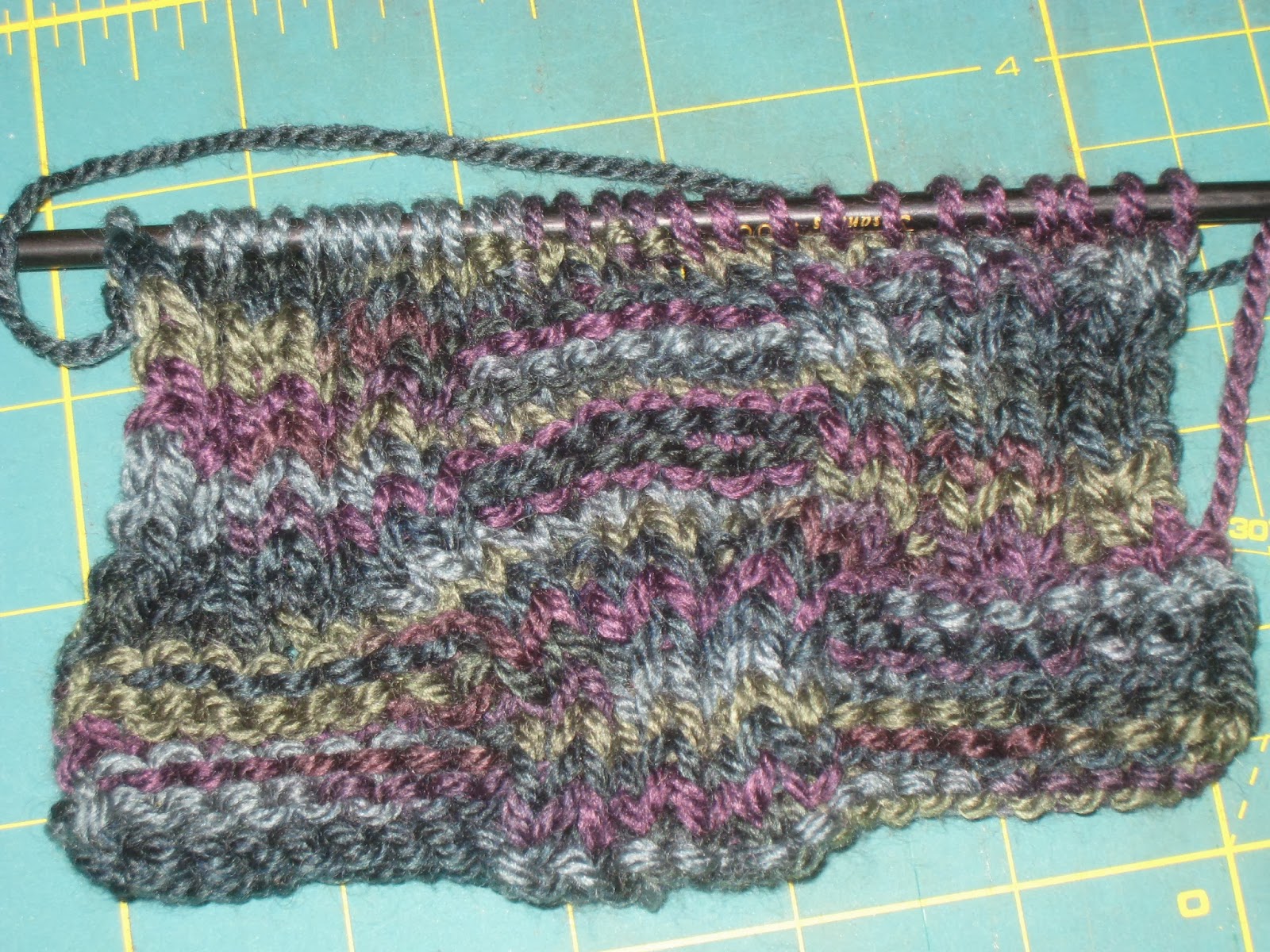 I cast on a new, quick project immediately.  It's a basket-weave scarf using another acrylic yarn that I've had for some time.  I love the colors, but don't remember what the three skeins were intended to do, 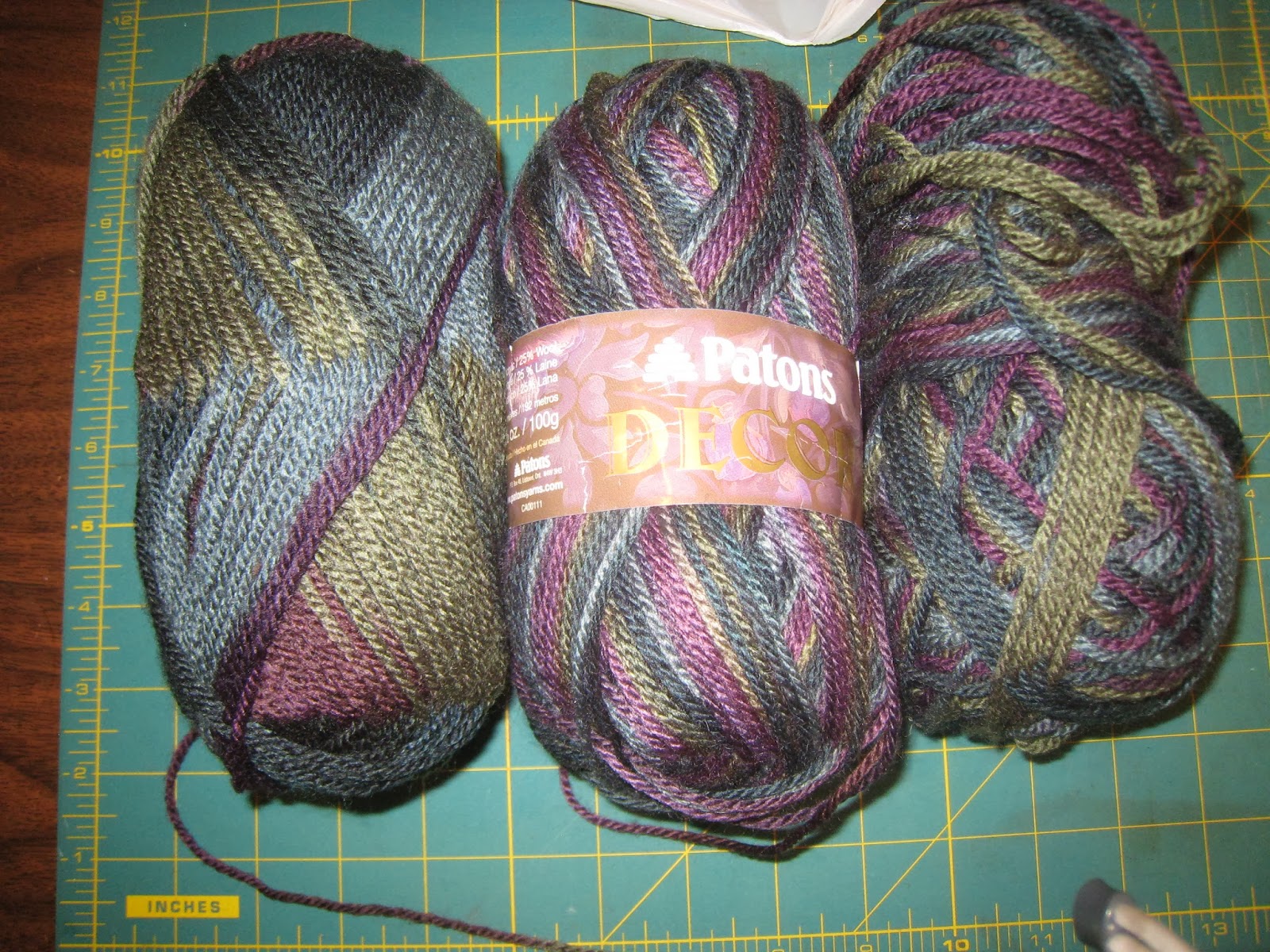 if anything.  I almost used them for a toddler jacket, but variegated yarns always pool so badly that I opted for a scarf instead.  Or maybe two, as I have 3 skeins of this stuff.

I had intended to get back to my WIPs, but after using up so little yarn last year and having mostly WIPs that aren't about to be done soon, I decided to enjoy this little burst of project-finishing.  Goodness knows, I could use a strong start.  Even though I've done it before, finishing 100 things isn't going to be easy.  I had an idea for felt holiday wall hangings that I thought I might play with today, and the great thing about this insane challenge is that while my tendency would be to wait until I was absolutely sure I knew exactly what I wanted to do, needing to finish a whole bunch of things pushes me to try anyway.  So, 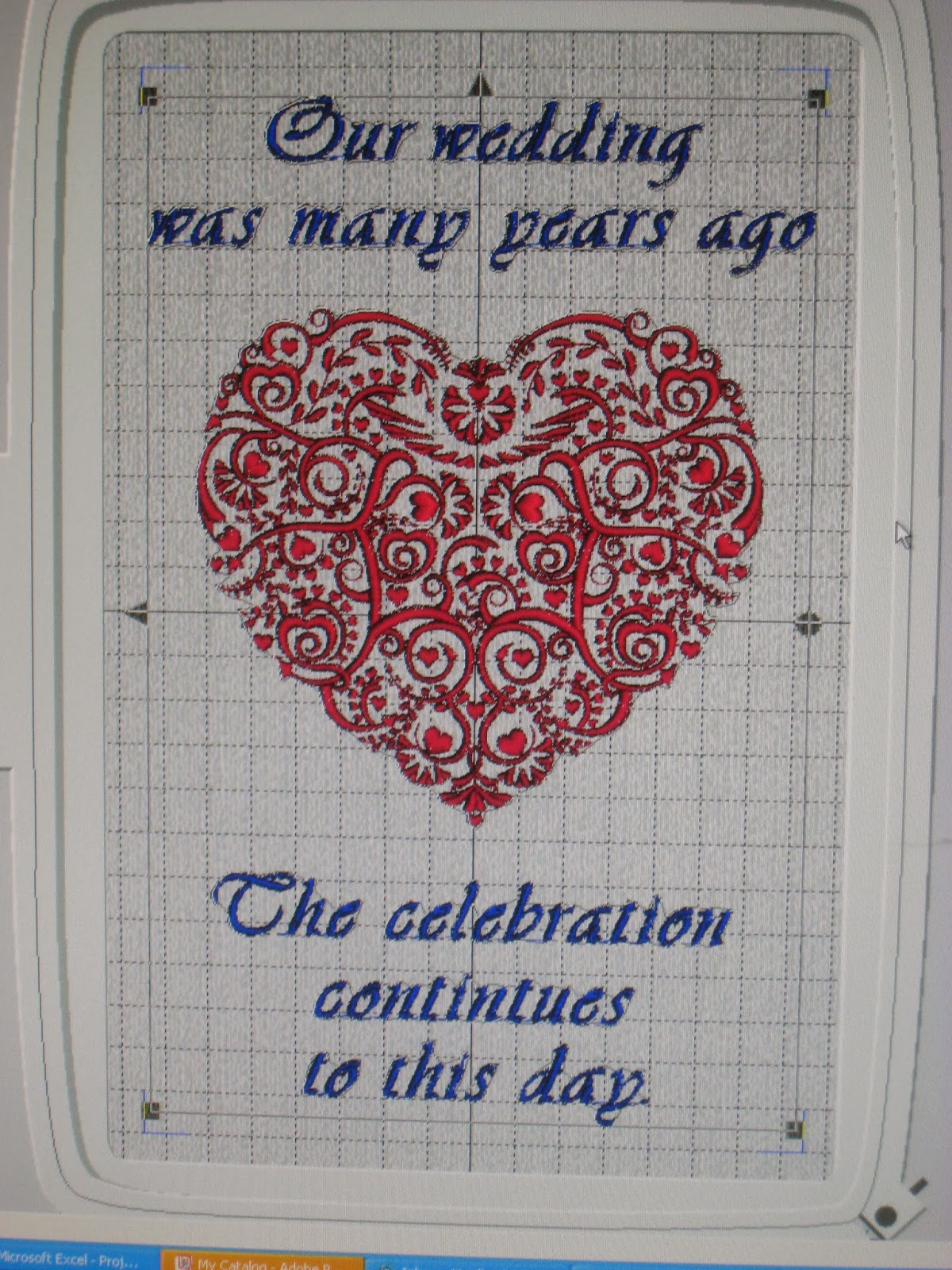 I laid out one idea to try using embroidery, then managed to delete a whole bunch of my work by accident.  I did get it all redone, but it took some time.  Then I needed some space to work on my table--which is quite frankly frightening after the holidays.  I set to work diligently cleaning and managed to eke out a nice little corner, 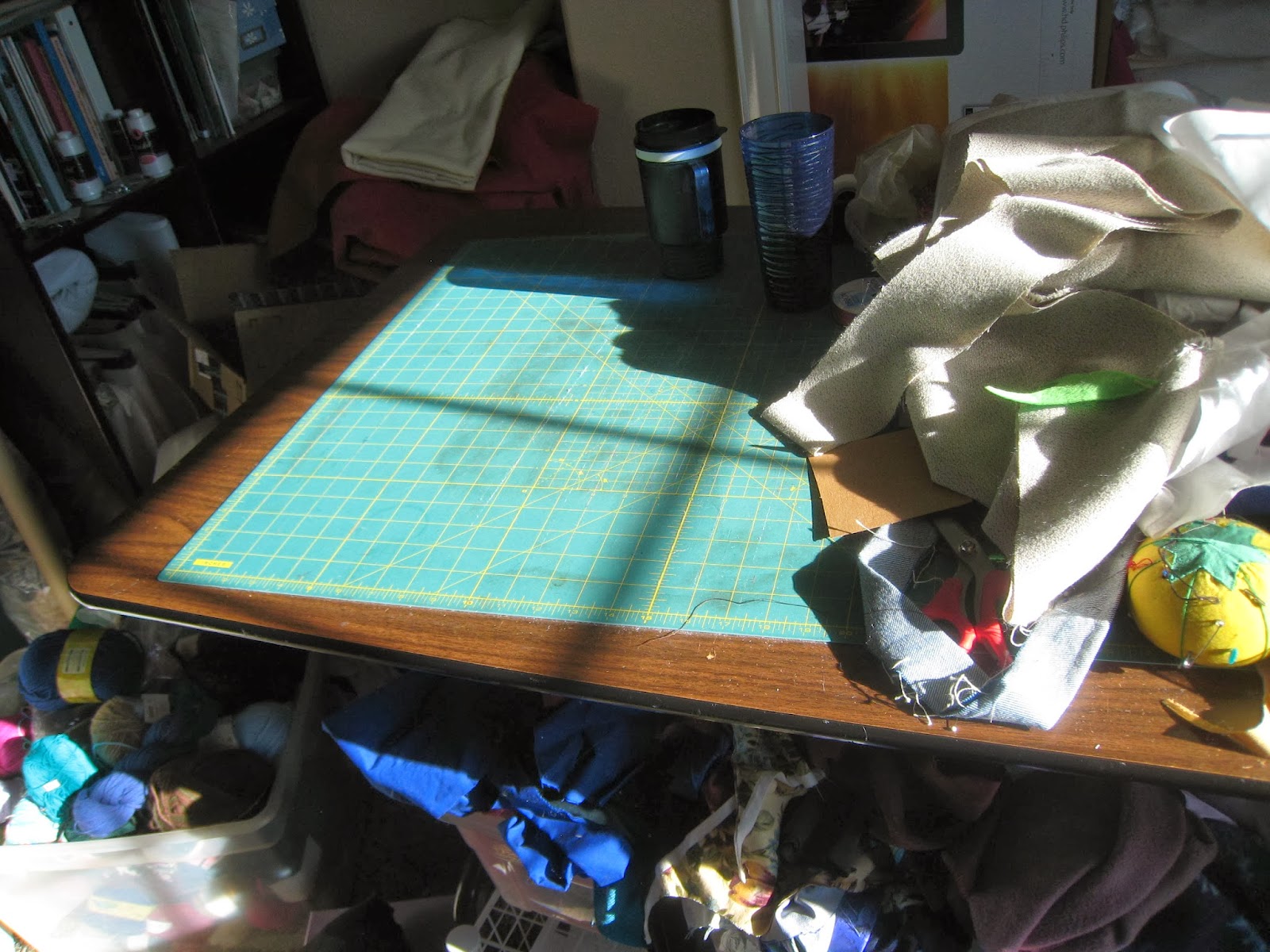 when I ran across the parts of a bag I had cut out and set aside.  Feeling like it would be idiotic to find a place to put it, and knowing I would feel even more idiotic once I forgot where I'd stashed it, I decided to go ahead and finish it up before starting something new. 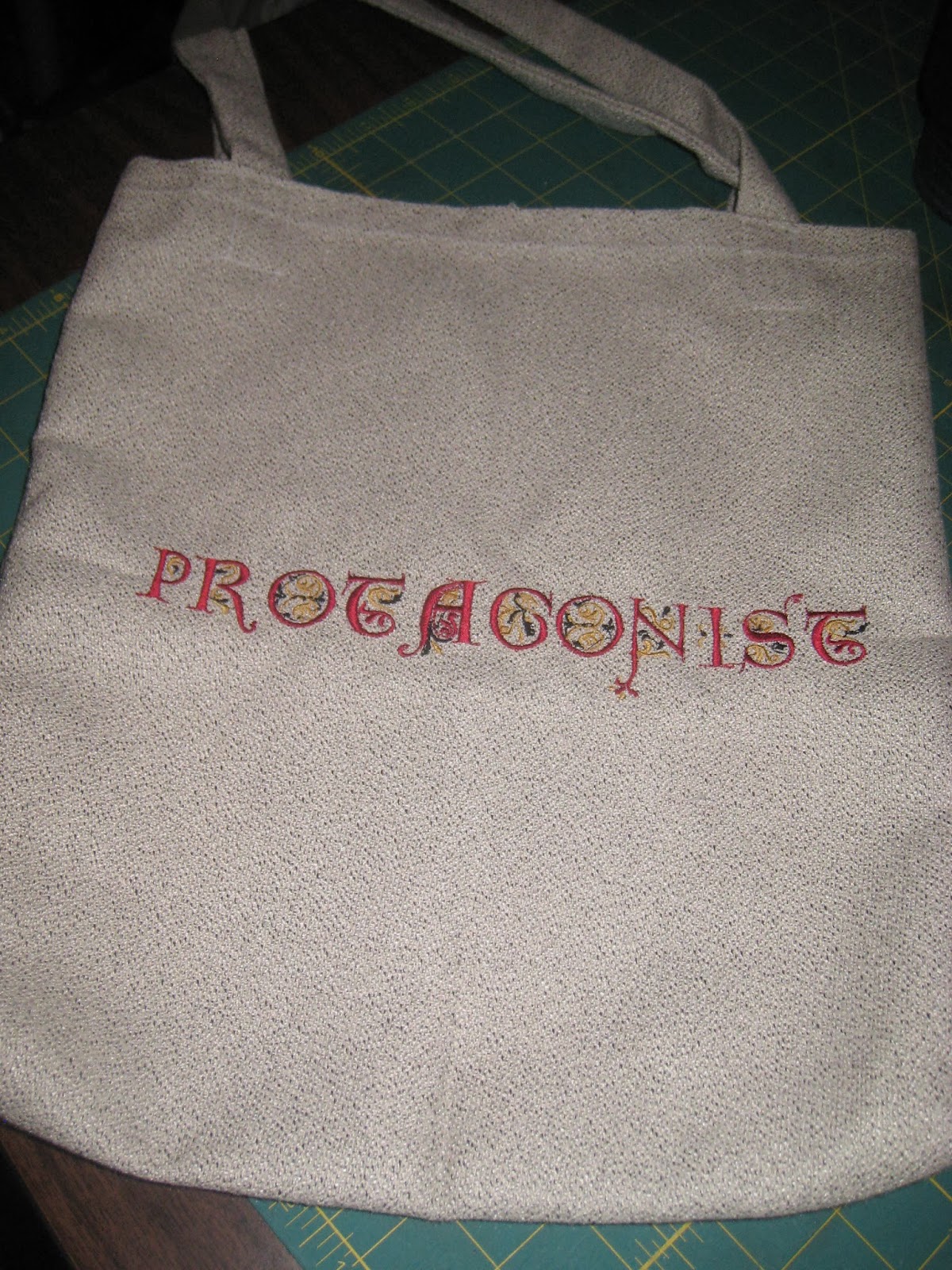 I'm hoping the aliens who have obviously taken over my mind do not return me to my normal self until I have either finished clearing off that table or at least gotten a few more projects finished.  While the getting is good, however, 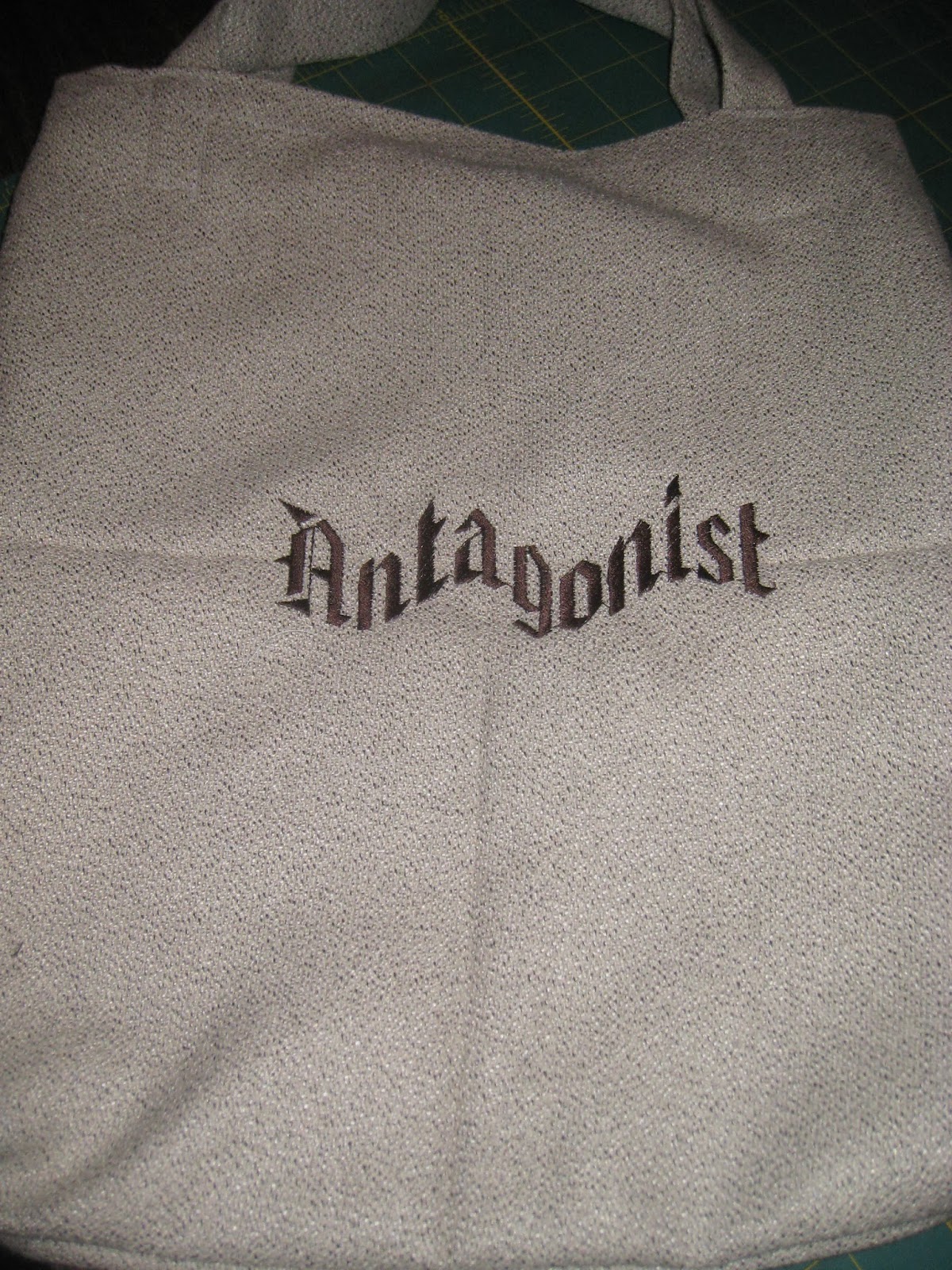