OK, so there hasn't been blogging in a couple days, but there has been knitting, sewing, and quilting. I know--how shocking is that? I haven't been that productive in quite some time, but if you look at the side tab you might notice that the goals are pretty high but the actual accomplishment is fairly low, so I thought I needed to pick up the pace a little. So, I finished the edging on another fleece blanket, 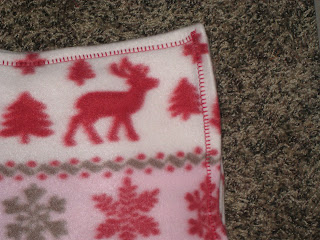 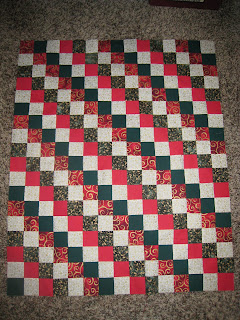 which is actually pretty small--30 by 36 inches. I do have strips cut out that could make the quilt larger, but if I use this size I can actually make two quilts instead of one, which would give me two gifts for Christmas instead of one. So, I'm thinking of doing a larger border, maybe a narrow strip of green which I can do some sort of decorative stitching in gold on, then a wider red stripe 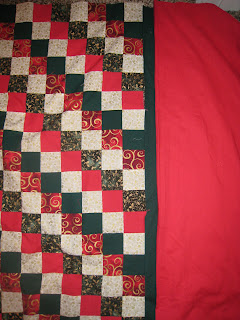 What do you think? If I did about 5 inches on each side, the quilt would be 40 by 46 inches, which is still a small lap quilt, but not AS small. Or should it be bigger?

The moss scarf has also received some attention lately 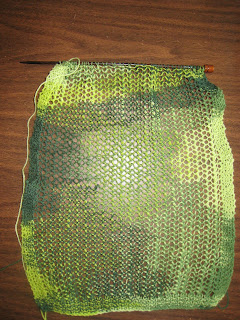 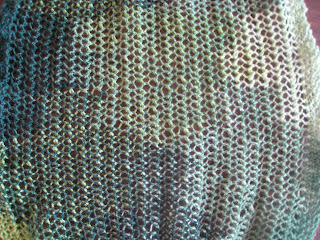 It's quite a bit wider than any scarf I've made yet, but I think it will still be a nice scarf. The honeycomb pattern is really working out well, though it will look better after it's blocked.

Theo is at kitty physical therapy today, so Calisto is supervising today. 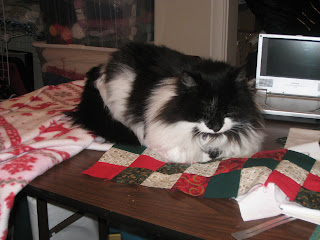 I don't know if Theo enjoys physical therapy or not, but considering what we were doing yesterday, 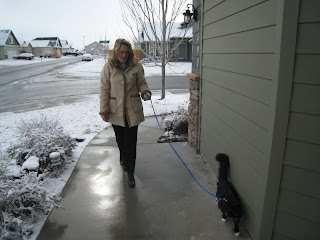 he might be looking forward to a little swimming.....