I have found the camera cord!

The new power cord for my laptop arrived!

I spent Sunday and yesterday crafting, and to show for it I have: 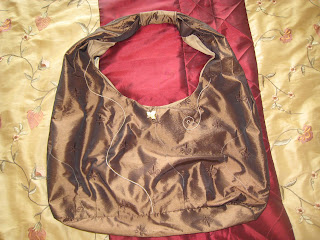 a new bag for fall.  This was Jeeves's first project, and at first I thought he was having problems still, but it turns out the problems were being caused by the microsuede I used for the lining.  I added a little free-hand decorative stitching to the outside, and am really quite pleased with the results.  It's a bigger bag than I ever usually carry, but that does mean I could carry more knitting than usual, so it's really a win-win thing, don't you think?

Then it was time for the true test for Jeeves, 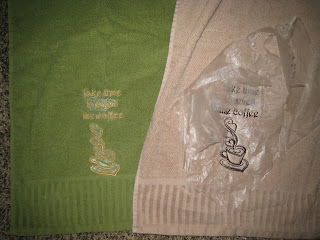 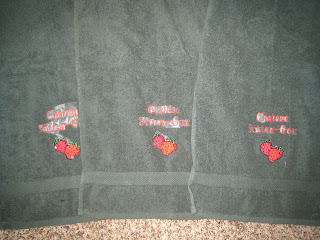 Someone is even happier to have Jeeves back than I am... 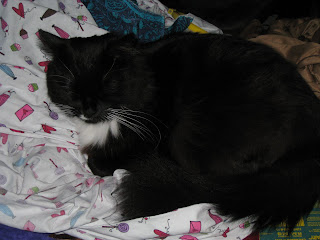 And in another week, he might finally stop sleeping on top of me at night, which would make rolling over SO much easier (for me, not Theo). 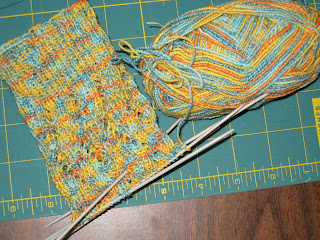 That's right.  It's a new knitting project.  Because, you know, I was getting so low on them.  Actually, it's a pair of socks made with the obnoxious stretchy yarn.  Because the pattern I used for the yellow socks has an all-over ribbing built into the pattern, I thought it might be a good match for this yarn.  Now (theoretically--which almost never works out for me in the knitting world) if I combine that with small needles AND a shorter foot than I would usually use, I'm hoping the obnoxious stretchiness will work WITH the pattern rather than against it.  Let's hope!  I still have 9 1/2 balls of this stuff in my stash!!!!