And I'm Back On the Sheep.

I had debated about this, and had originally planned to place one yarn order before climbing back on, but that STILL adds yarn to my sewing room, so instead I have just decided that for the next SIX MONTHS, I'm not buying anything.  Yarn, fabric, patterns--nothing.   I decided on 6 months because on my Joann's excursion on the 5th, I only bought 5 yards of muslin because it seemed quite different than what I'd been getting before, and I wasn't sure it was good enough to use for much.  I'm trying it out on the table runners, and I'm very unimpressed, so I'll need to find something different by then.  UNTIL THEN, time to use what I have!

I used up all of the Patons Metallic yarn on two keyhole scarves, 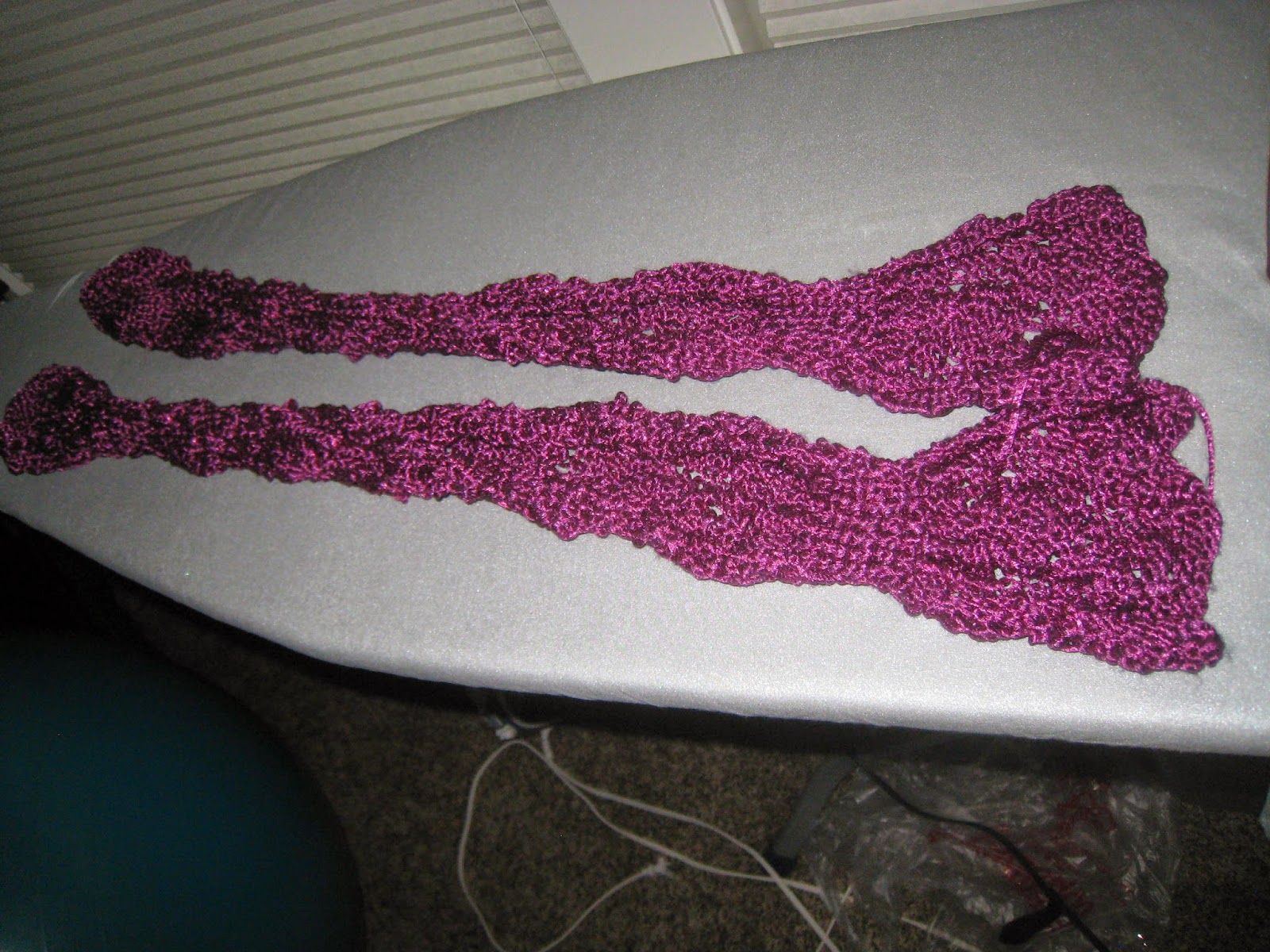 and ended up having to make one shorter than the other.  It will be fine once blocked, and I hated this yarn so much that I was not ABOUT to go buy more of it.  It's lovely and soft, but snags on everything--even dry skin, which is sort of hard to avoid in winter.  These will be lovely for a while, but I am guessing they'll have a very short life.  Oh well.  Finished projects 7 and 8 at any rate.

I was going to sew the binding on the first stippled table runner, 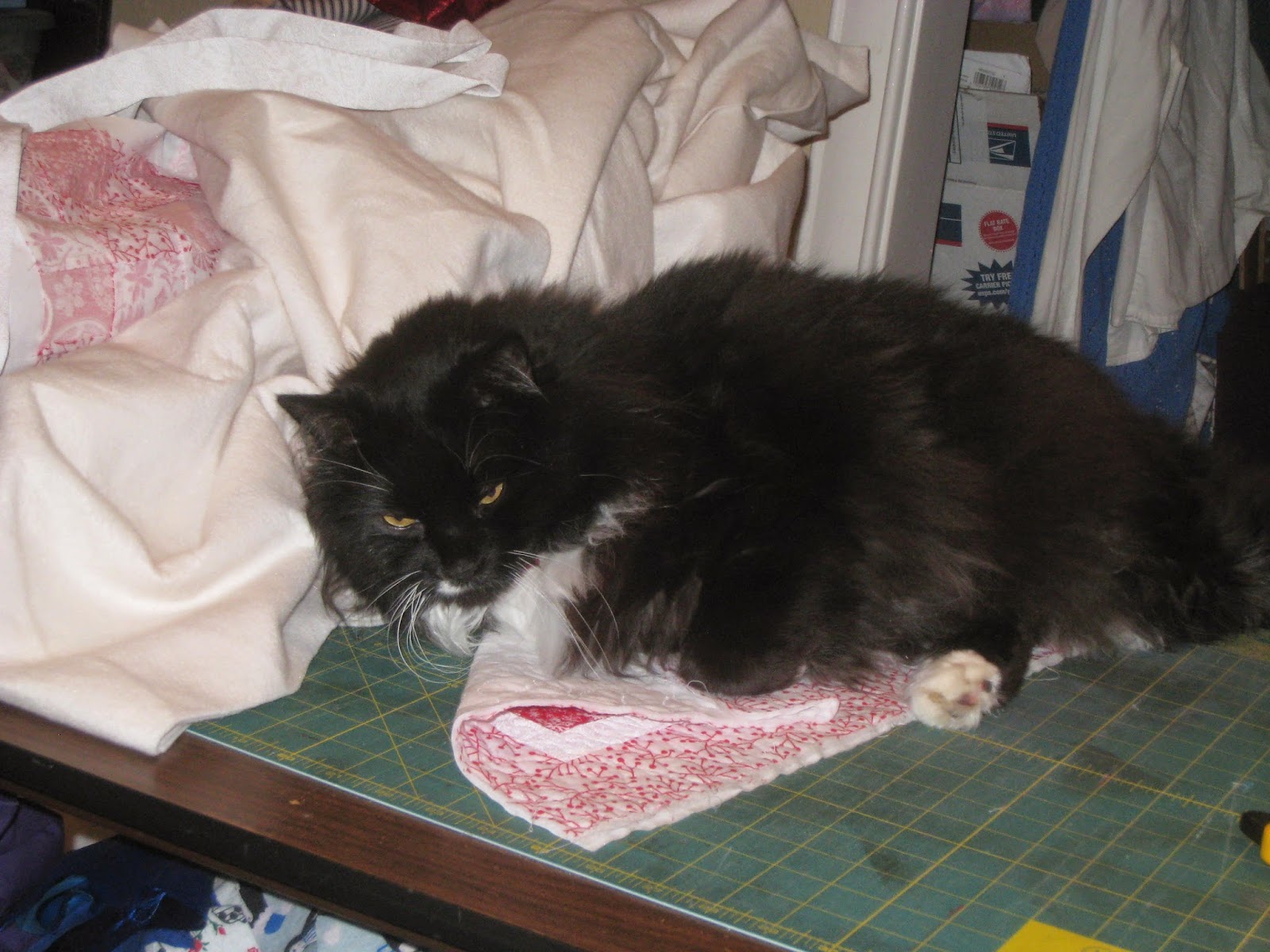 but Theo is just faster than me.  Since I was probably doing that to avoid more stippling, I decided to let him have that one and work on number two.  I'm not sure I'm getting better, and there might still be one or two that are tied rather than stippled--or maybe decorative stitching?  I had hoped this would match, 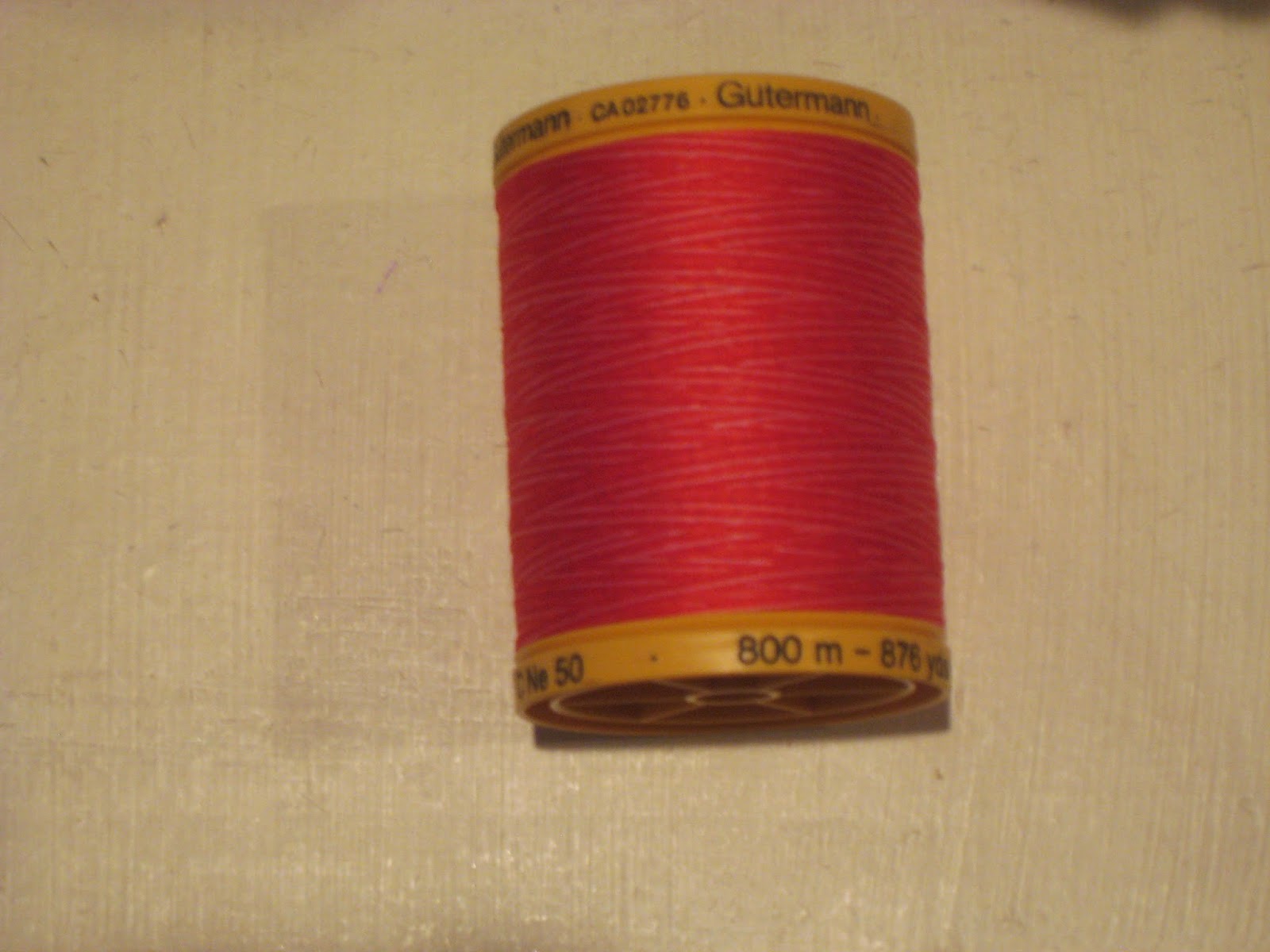 but it's the wrong shades of red.  So I'm going to use white thread for everything and just not give any of them to anyone who quilts. Or who still has 20/20 vision........

We met my parents on Tuesday to do a very late Christmas, and they gave me this, 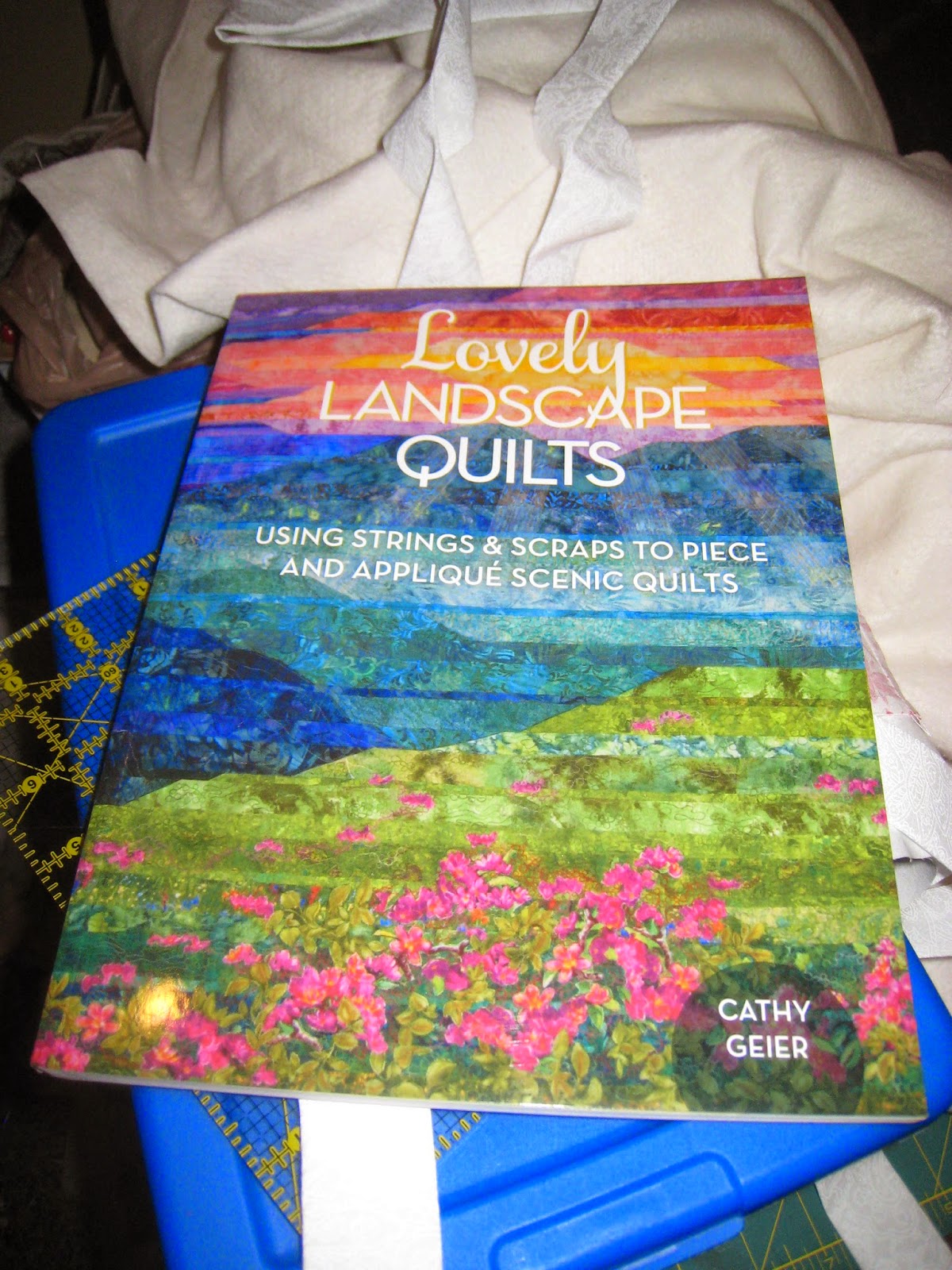 which I thought sounded interesting, and a 10-degree wedge ruler which will allow me to make this: which I have been wanting to make since I first saw it on Pinterest.  Of course, I have to finish the red table runners first, and perhaps the long-languishing green jacket that will be REALLY nice to have in about two months.  While quilting is fun and IS lining up some early Christmas and birthday presents, sewing clothing would A) give me a few more options since my hip STILL can't stand anything but soft pants with elastic waistbands, and B) clear out space in the sewing room faster.  And I want to make sure to use the fabric I have before it fades or something.  So, maybe this weekend there will be some pattern cutting..........Or I'll forget all my resolutions and dive right in to the spicy spiral table runner.........