Glory be and hallelujah!!! The camera survived the swim! There's a little smudge now on the screen I look through, but it doesn't show up on pictures, so that is perfectly acceptable. So, with no further ado, the FINISHED Luna Moth: 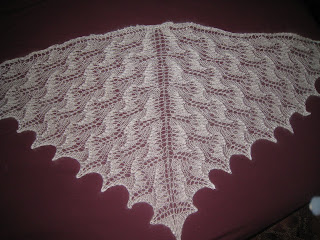 It's a small shawl--I was 2 rows short of using just one ball of Elann's Super Kydd, but I was knitting pretty loosely. Looks like most people made it with just one. A close-up of the pattern 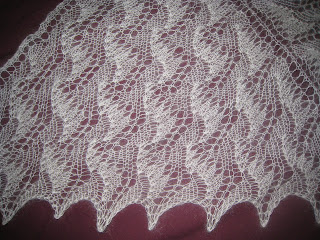 which makes sense now, but I just couldn't picture how this was working while knitting. 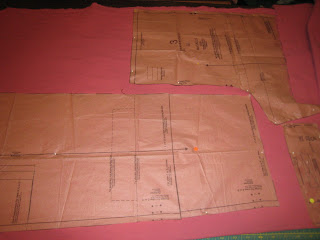 but Theo resented my remarks about him yesterday, so he has not been lured by the promise of sewing, so tonight's cute kitty picture has been provided by Callisto 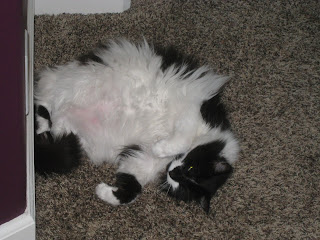 who never ever used to show anyone her tummy until she saw how much attention it got Theo. If they acted any more like children we'd have to put them through college.