Holy cow--er, sheep--it's been a week since my last post.  What happened?

Obviously, January ended, and were I making any attempt to use up 100 yards of fabric for the year, I'd be a bit behind already.  Andy's shirt is progressing, 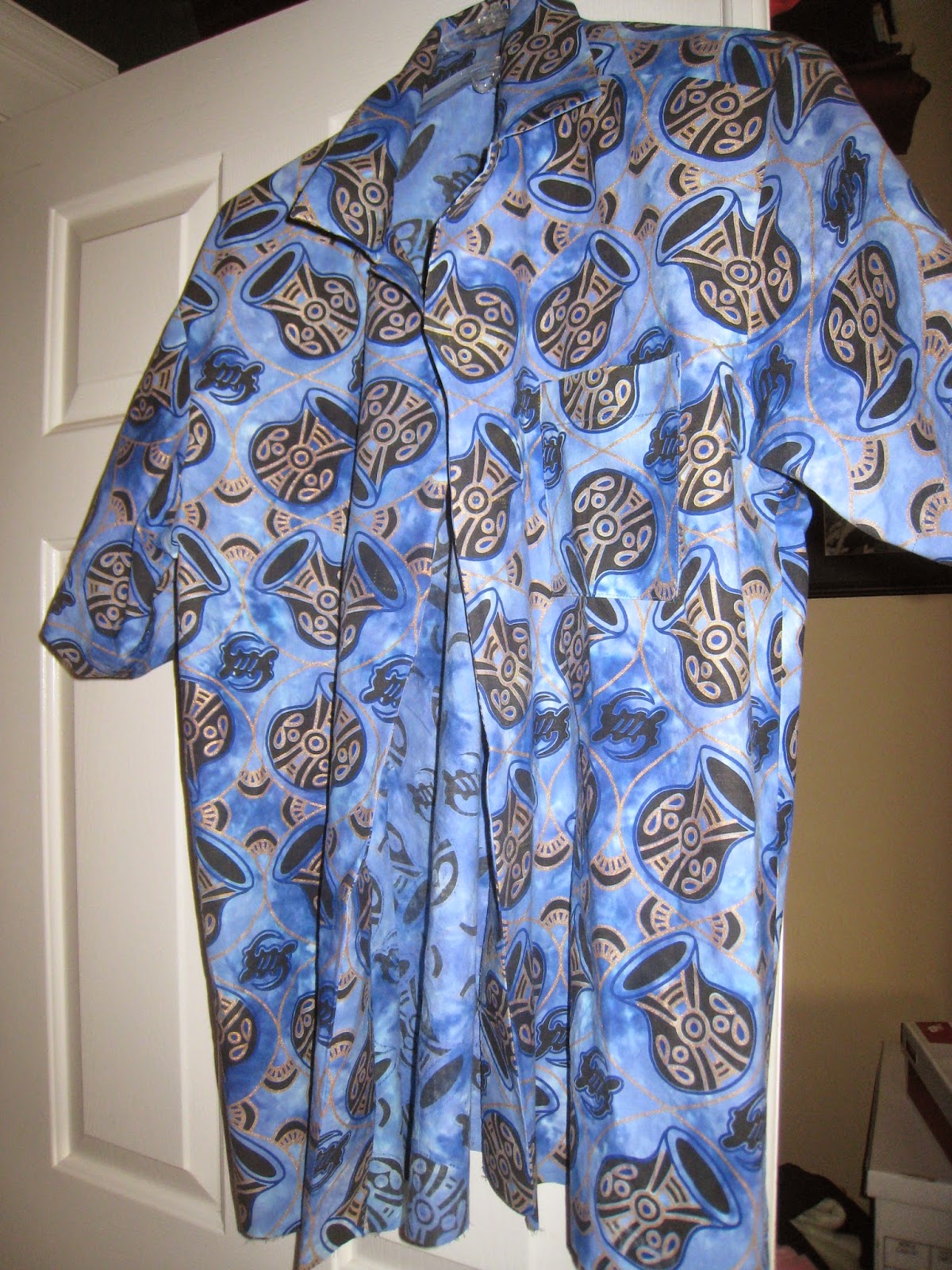 and is now at the hem, which will leave just the buttonholes and buttons, so I'm hoping to finish it up this week.  The smart thing to do would be to move on to another clothing project immediately, so of course what I am doing is 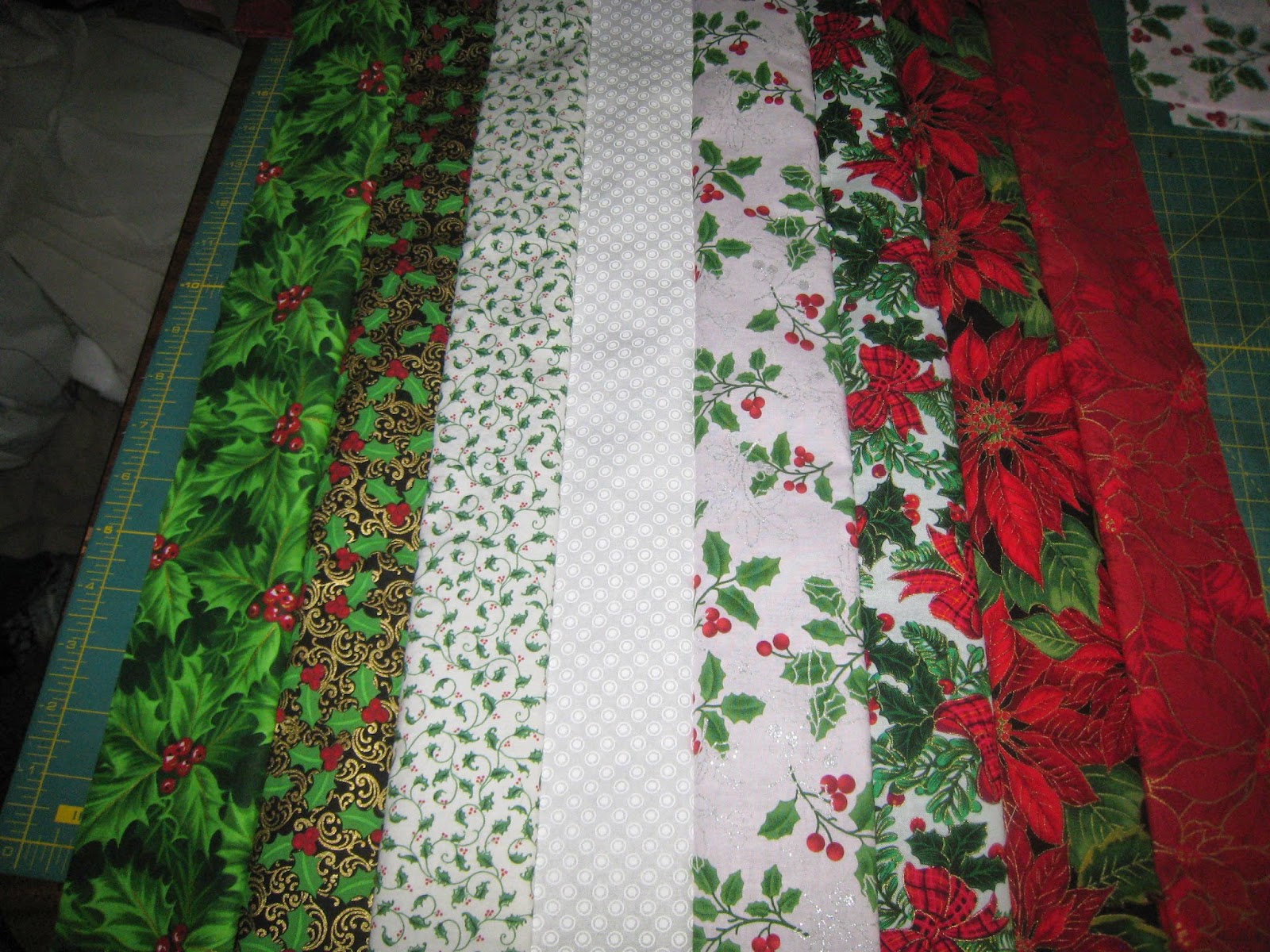 the spicy spiral table runner.  I would have said it took me f-o-r-e-v-e-r to pick out the fabrics, but then I entered the strip-cutting phase and learned what forever REALLY feels like. 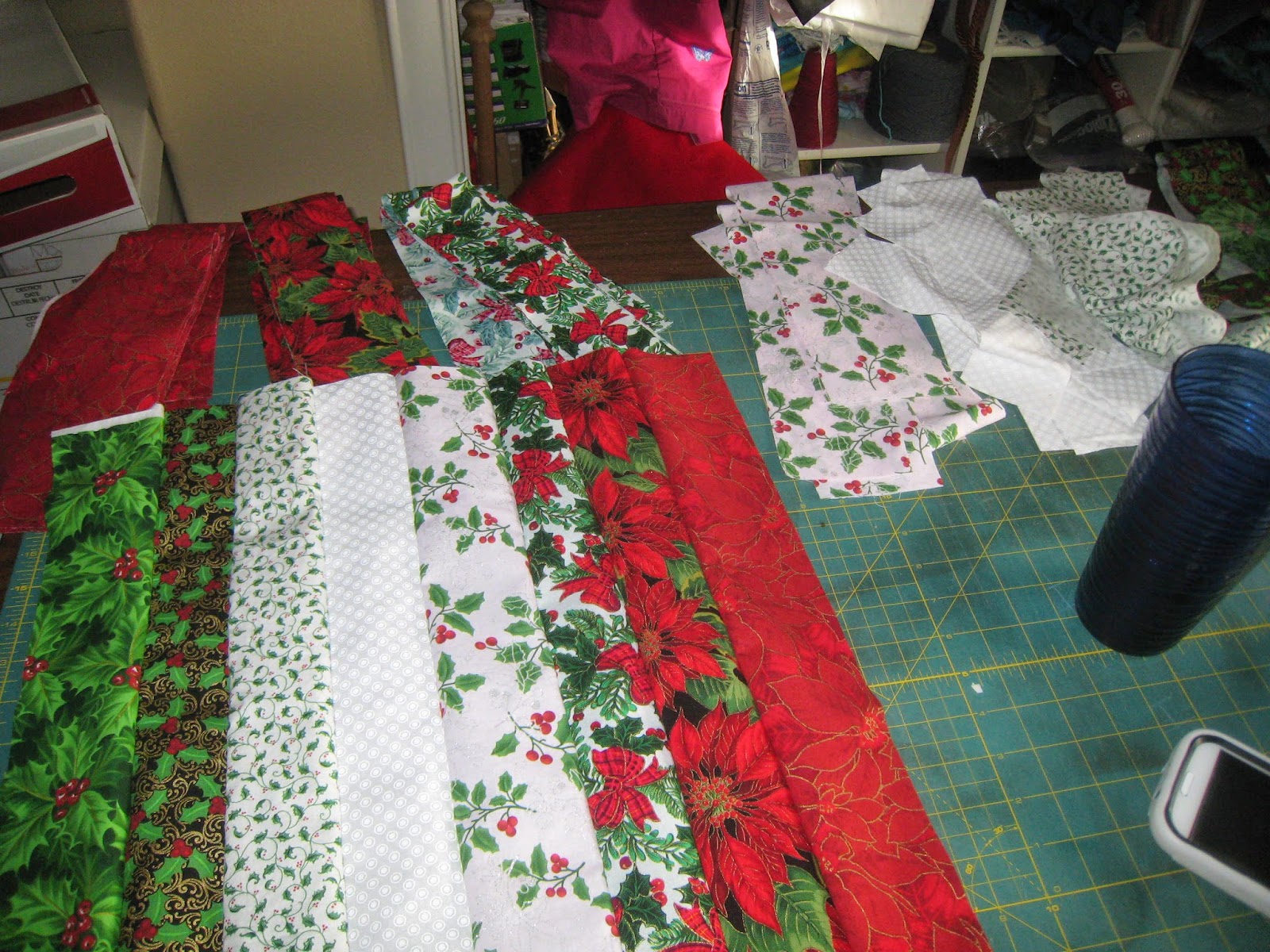 It would have been faster had I correctly measured, of course, but really--how likely was THAT?

Of course, it did take a little longer on purpose as well.  While cutting, I cut a few strips from each fabric for my do-it-yourself-jellyroll bin, as well as: 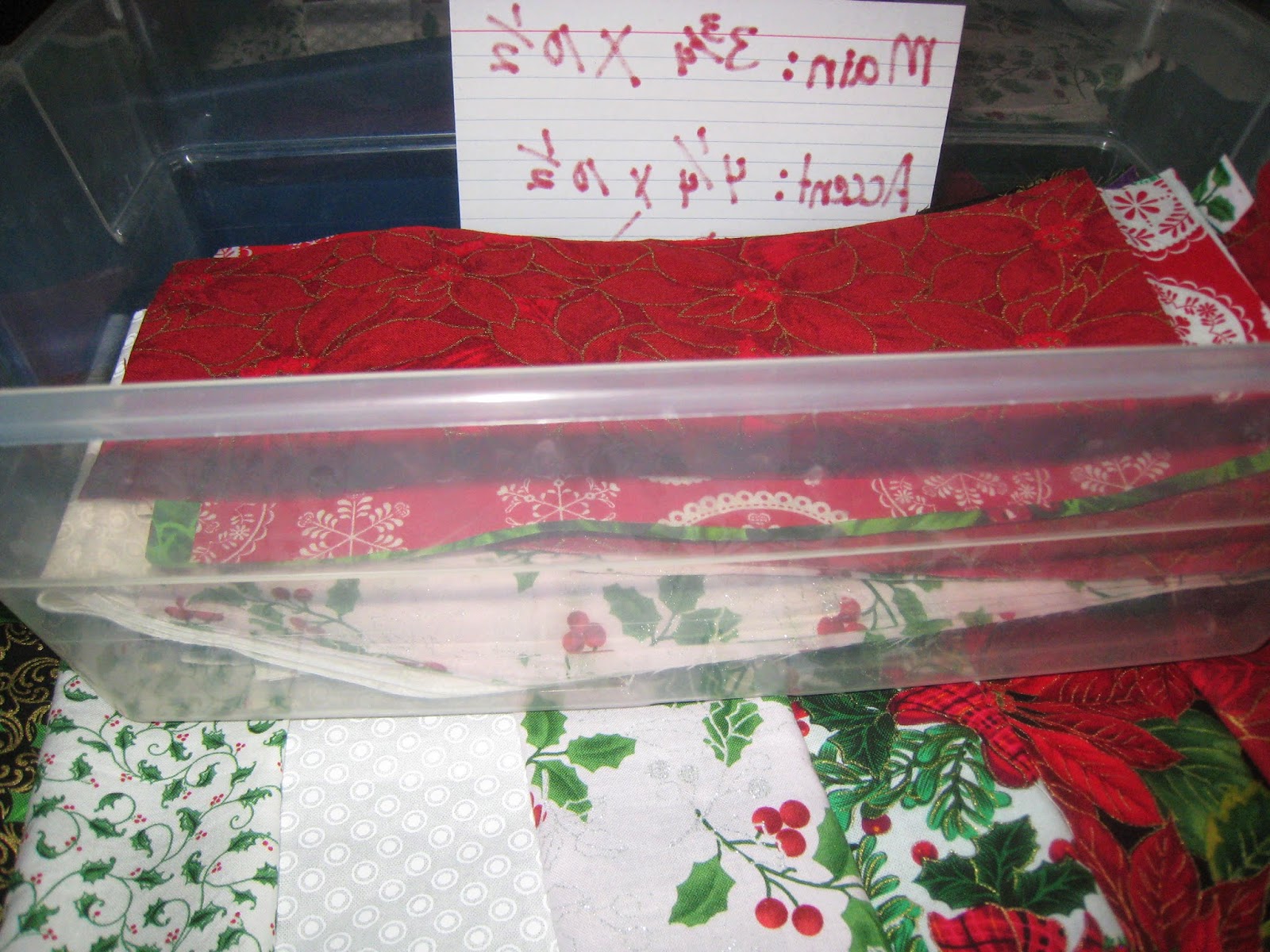 my kimono ornament bin, which is getting a bit full.  So, while I was sewing my first "strip strata" together, I also started working on some new kimono ornaments: 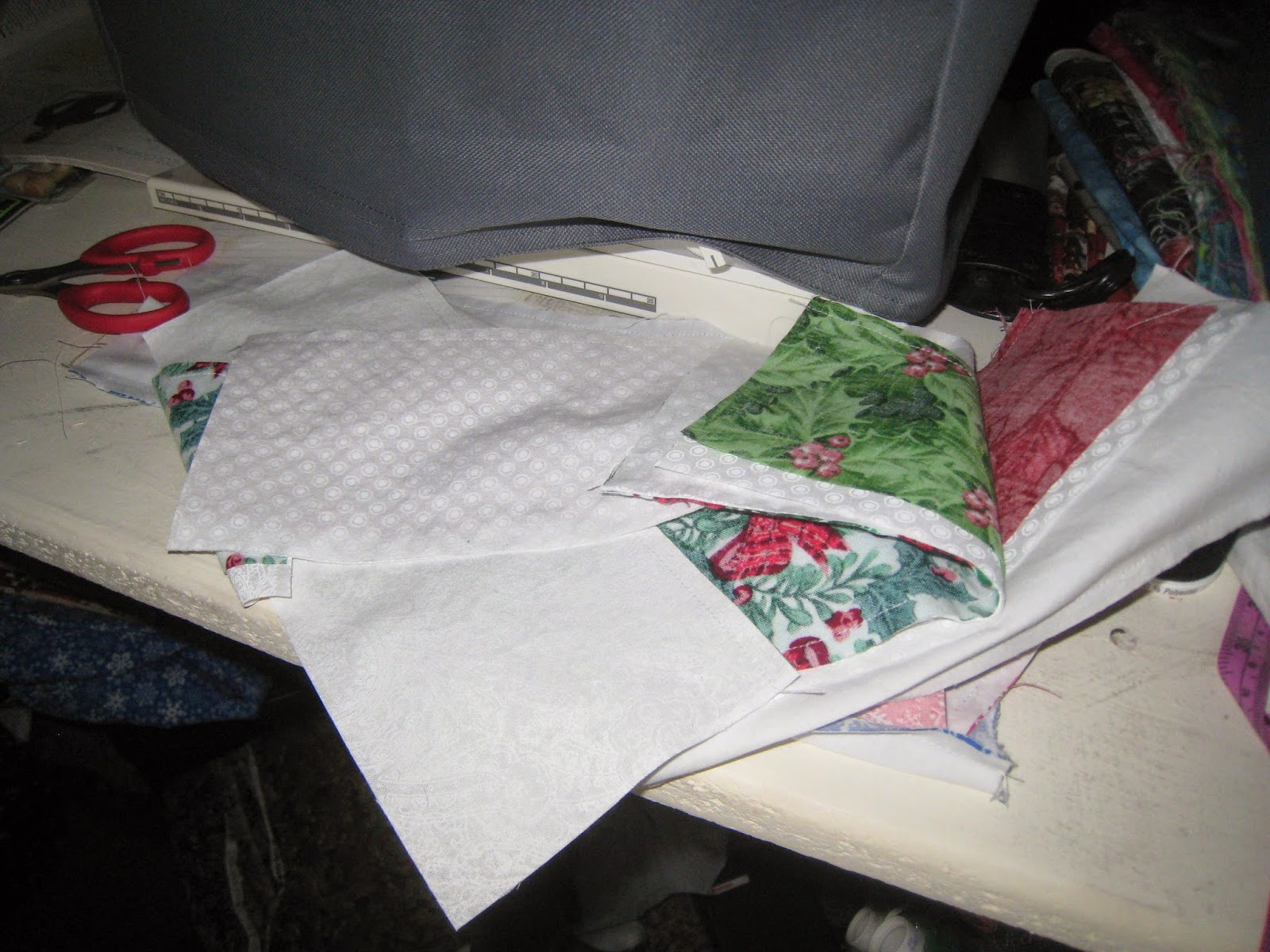 Three seams--this is the easy part for them, but still time-consuming, and I overdid a bit in the last week (or two) so I can't sit for very long.  So, that is the VERY long way of explaining why the only finished project I have to show you after that long silence is....