Still Ahead By One

I just gave my latest creation a face, 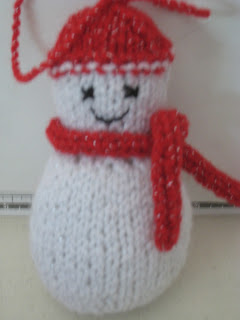 There hasn't been much crafting here lately.  The dress has made some progress: 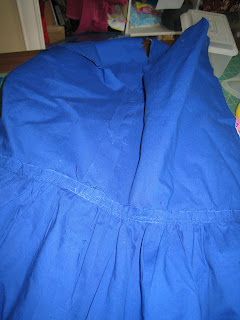 and there are a few more rows on the sweater front, 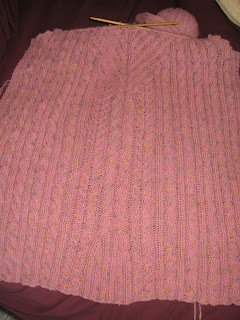 but mostly I've been exercising, gardening, and resting FROM the exercising and gardening.  I'm finally back to where I can walk in the pool without doing any further mischief, and the only way I'll get all the ancillary injuries healed is to get my hip to stay in place so it doesn't aggravate anything else, so I'm building strength as fast as I can.  Last week I managed 2 hours in the pool.  This week I'm shooting for 3.  I just walk as swimming involves kicking which I don't think I'm ready for, but I looked pool walking up online, and depending on what one weighs, pool walking burns anywhere from 500 to 700 calories an hour, so I'm getting a great workout in addition to building muscles.  I feel better, though mostly exhausted.  Still, one has to start somewhere.

The sewing room has received a bit more attention.  I have been browsing sewing room pictures on Pinterest, and I've decided that the people sharing pictures live in a different world than I do.  This: 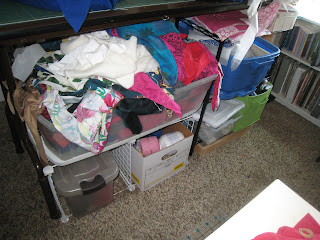 in my world is pretty dang organized.  The scrap bin is now on top of some shelving, and it's just  the perfect place to either drop scraps out of the way or to access for test sewing swatches.  It doesn't look pretty, but it's very, very handy. 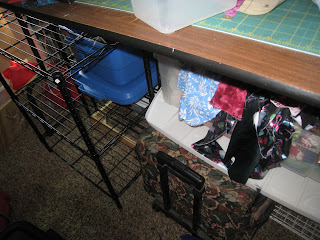 The shelves worked so well that we got a second set for the other side of the table.  There was a bit of debate about this as I'm still on my spending ban, but as we purchased the shelving in the garage out of our joint account, 2 sets of $20 shelving for the sewing room seemed fair game to come out of the joint account.  We're just wild with money over here.  The portable sewing machine case has finally moved back into the sewing room, and I'm starting to really believe that, in another year or two of not buying stuff, the sewing room could be non scary.  Or I could just be more tired from the pool this morning than I thought............