If You Don't Snooze, You Lose

Two days in a row completely out of bed now, though my bedtime might be creeping up just a bit each night.  Yesterday I was out and about some, meeting my Great Decisions group in the afternoon and rummaging through some charity shops for a cheap but not too icky desk for the back bedroom, and just did a short walk at night to limber up the muscles without pushing them too hard.

Today I got up, maybe a little less enthusiastically than the previous two mornings, and took the cats to the vet for their annual check up and shots.  Since I've been hauling Theo around so much, I had bought a bigger carrier for him, so this was their first joint visit, and I can assure you that hauling around 35 pounds of cats is a lot of work no matter WHAT has been going on with one's back.  The room has pheromone mist for the cats, but they could really use a martini dispenser for the humans--or at least free chocolate.

After their ordeal, I brought the cats back home, grabbed some lunch, and headed to the pool for some pool walking.  I am pretty sure I got my hour in--I was there close to two hours, but had to catch up with so many friends that there were lots of stops and rest periods--and my back doesn't feel it at all.  Everything else, however, is a bit tired, and I had almost convinced myself on the way home that laying down for a bit because everything BUT my back was tired was a very different thing than doing it because my back needed it.  When I got home, however, 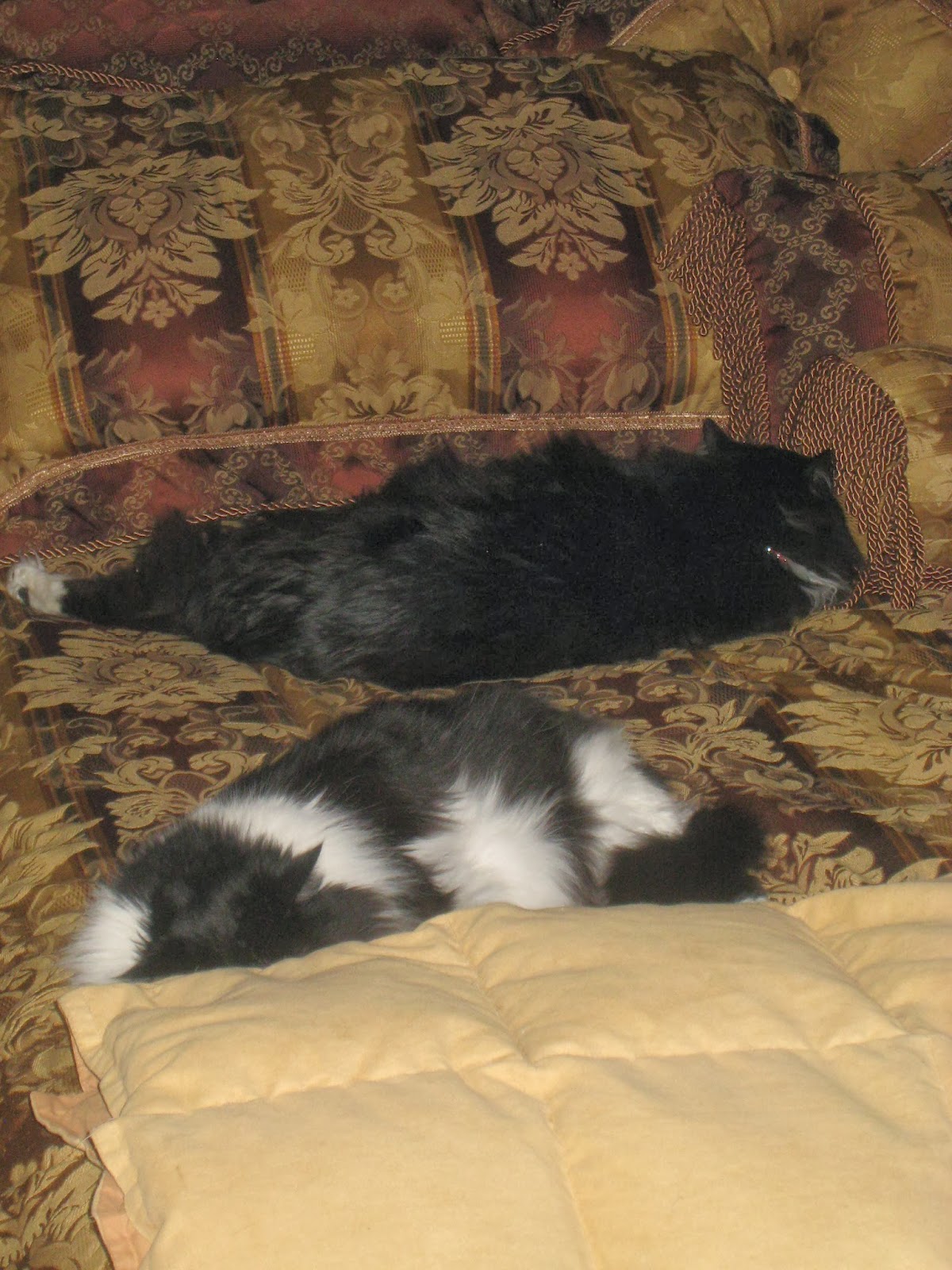 I found my spot already taken by two traumatized kitties.  I wouldn't look even half as cute lying there, and they have had a much tougher day than I have, so maybe I can make it three days in a row after all.......