There is a finished cross stitch project! 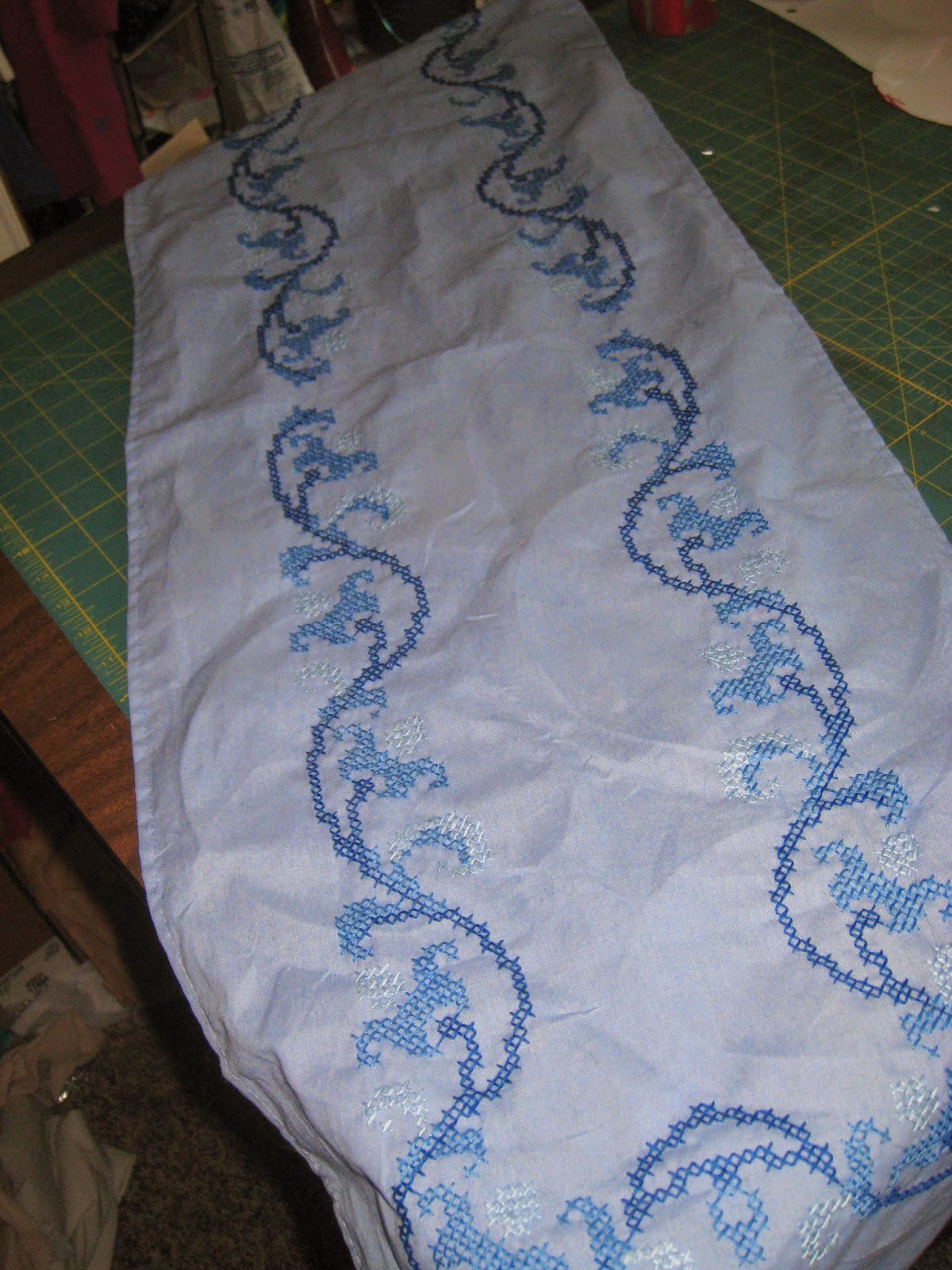 Okay, it's stamped rather than counted, but still, how often do "finished" and "cross stitch" end up in the same sentence if "therapy" isn't also mentioned?  It still needs to be washed and ironed, but I'm so giddy with excitement that I'm waiting a bit to double-check everything before washing it. 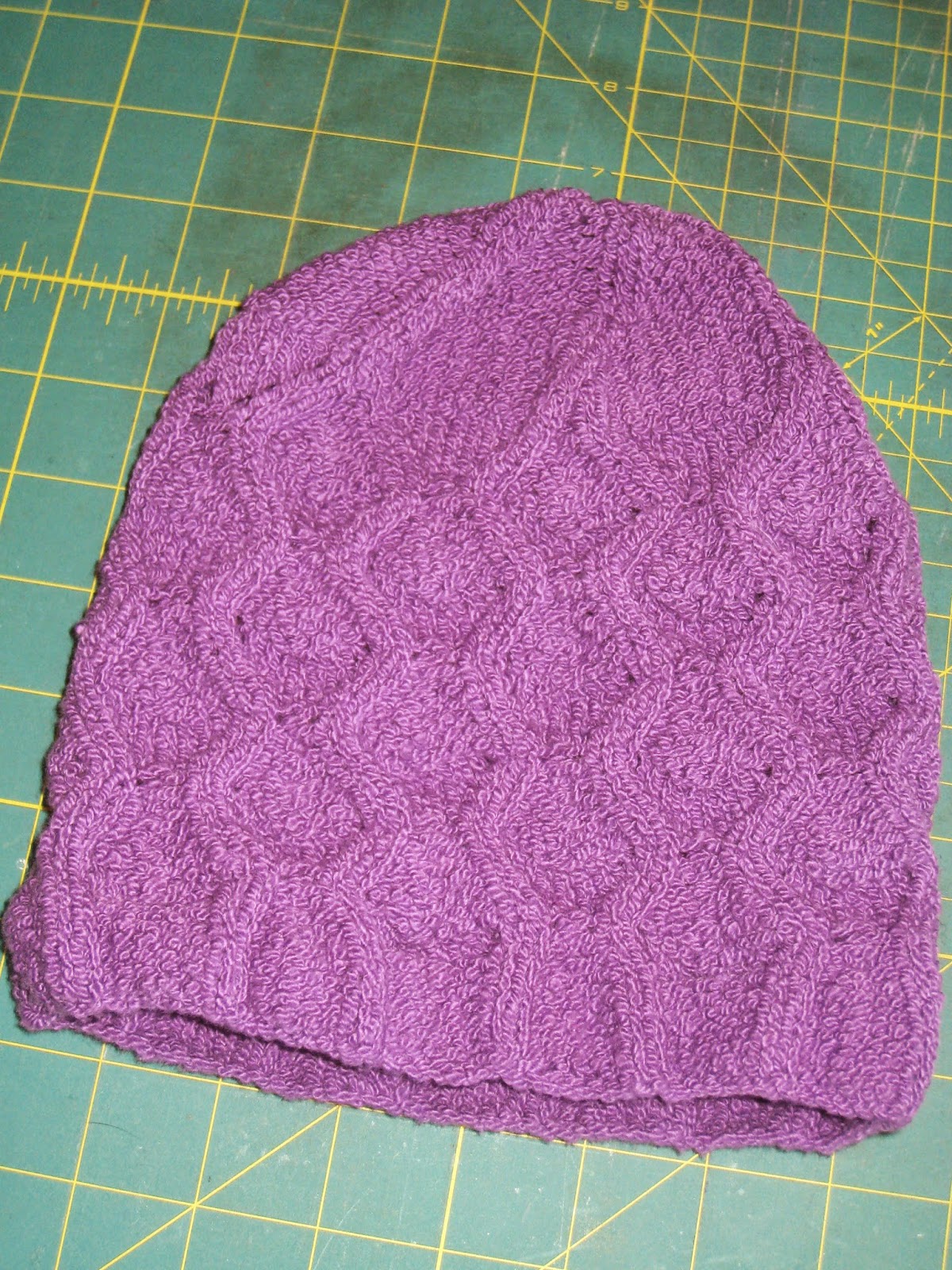 the purple chemo cap is also done!  This is a much better picture of the color, which I just find completely cheerful.  The additional chemo cap yarn will arrive today, so I have a blue cap on the needles now, and while 3 doesn't really make a spacial dent in the chemo cap yarn stash, it does make me feel a bit less like a yarn-hoarder--more like a Fiber Protection Specialist........... 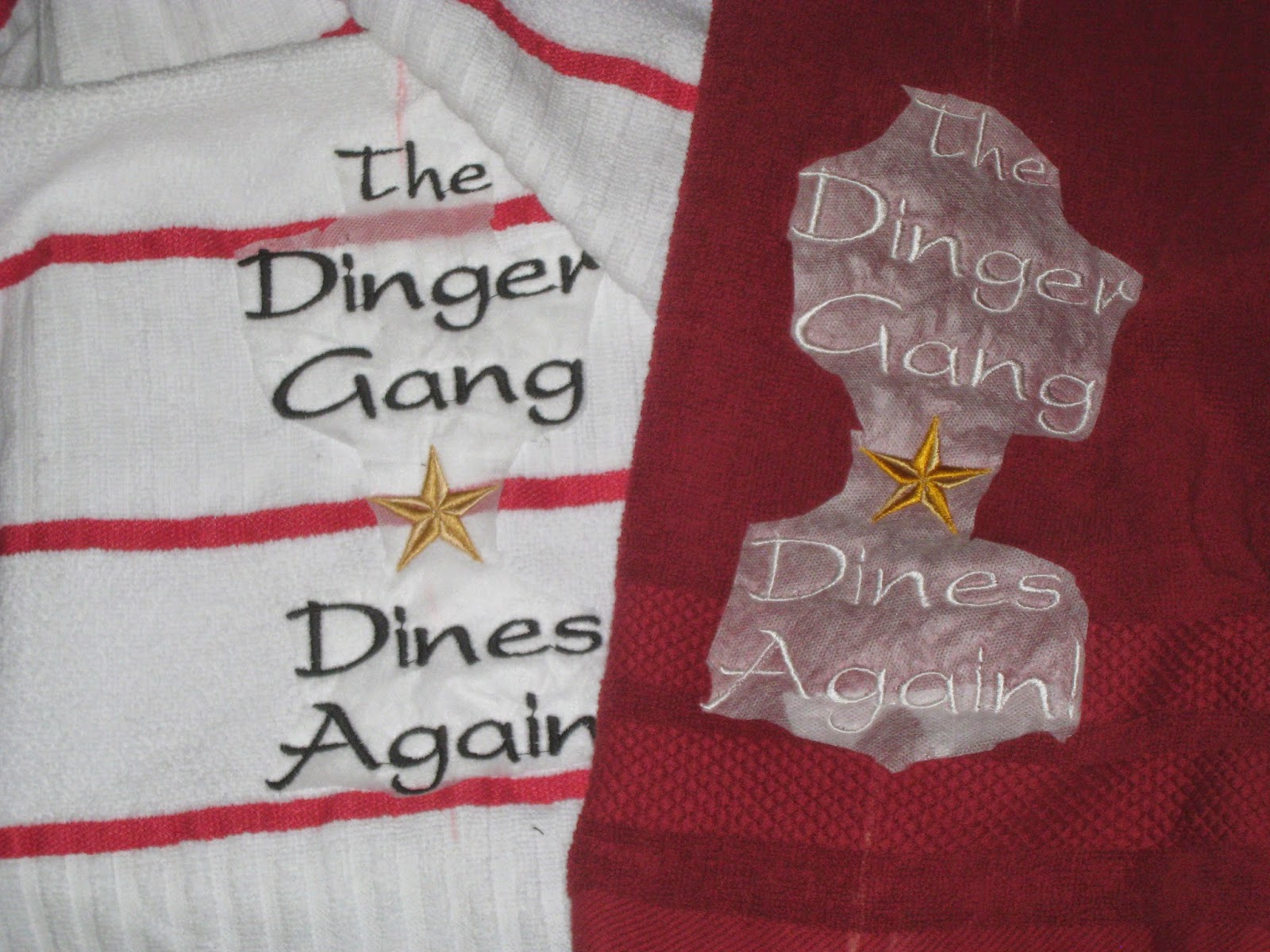 is finished as well.  For the past year, 6 of us have been having monthly "New Recipe Dinners."  When I proposed it, I had actually suggested 4 times a year, but we've had such great luck and such fun that it morphed into monthly.  In one of the planning emails, "Dinner Gang" was mistyped as "Dinger Gang" and the name was such fun that it stuck.  So, I thought these would be fun host gifts for when the other 2 couples host. 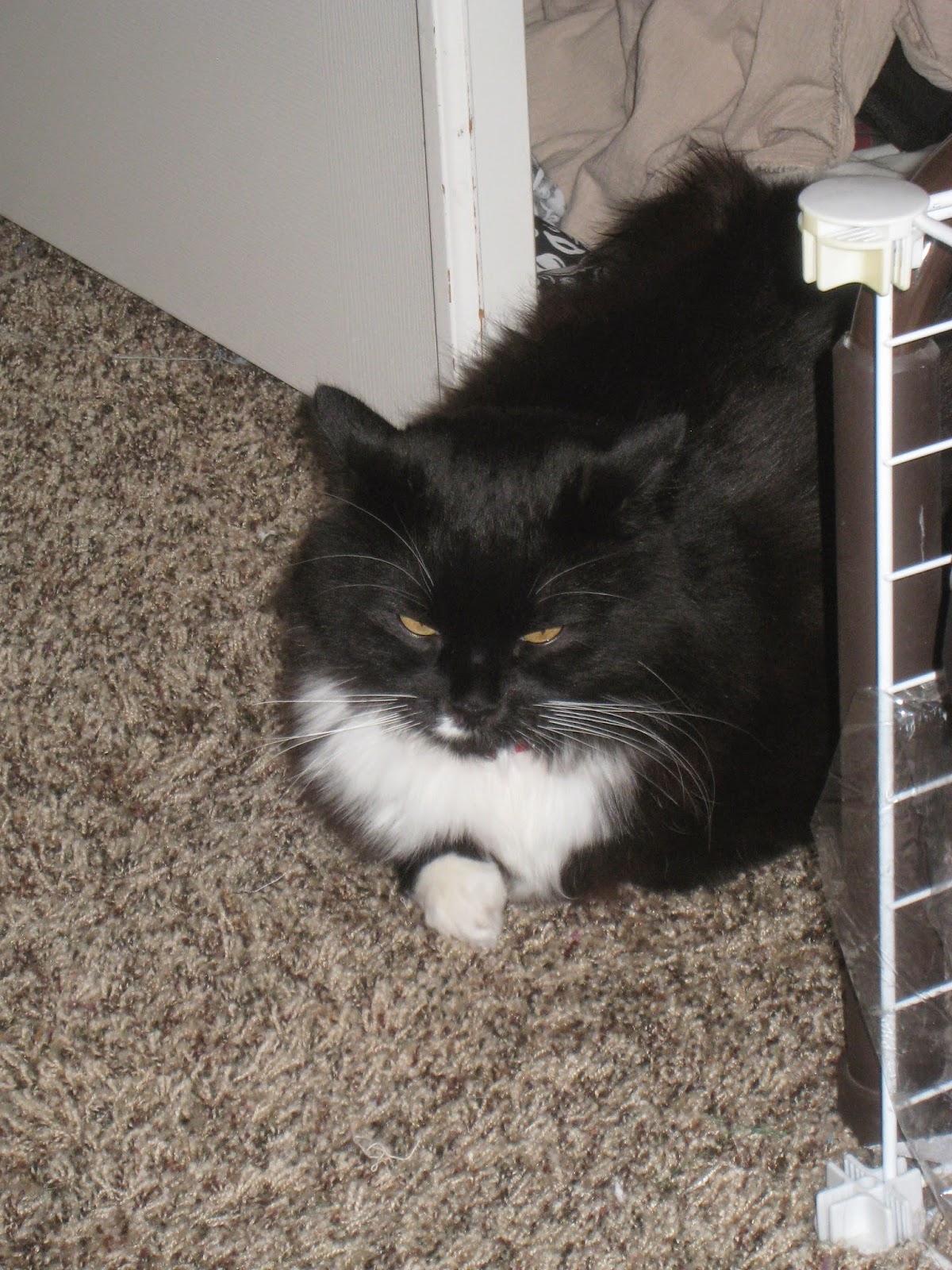 and he's right that I have other projects I need to get back to.  I'm still slowly working on leaves for the fall table runner, but as I get each new piece of fabric ready, I have been cutting about half a yard of each one into 2.5-inch strips: 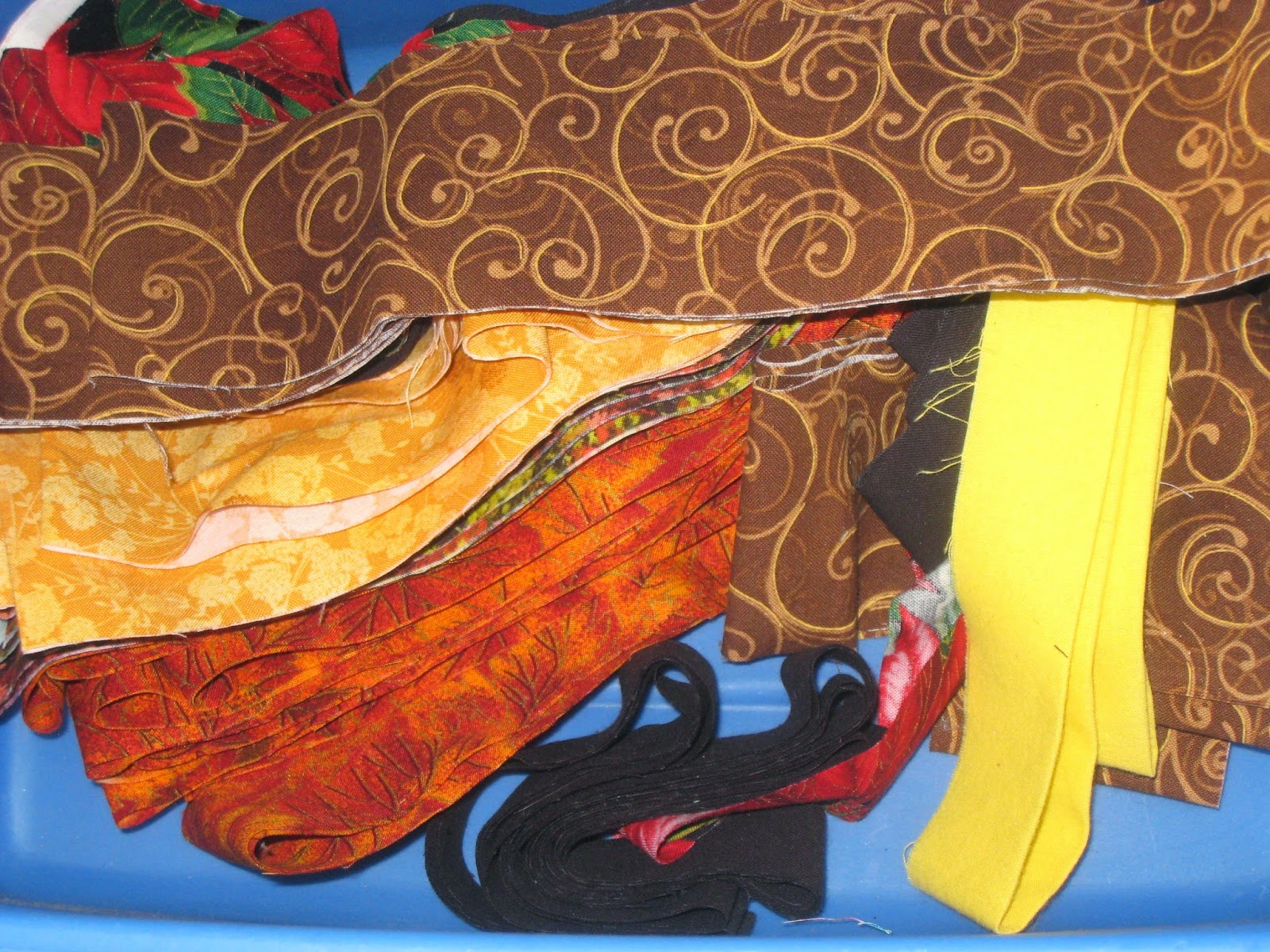 I love the idea of the jelly roll bundles of strips and have come close to buying them a few times, but I've had some real difficulties with fat quarters being cut horribly wonky, and don't trust fabric companies to be better with strips.  Besides, I already have fabric that needs to be used.  I want to try French braid and bargello quilting (for table runners to start), so this way I'll be ready.  Since I'm now ahead on finished projects, maybe later this fall would be a good time to tackle a major WIP like a quilt or a sweater........?