The Days Are Getting Longer!

And I am getting stronger!  It doesn't always feel like it to me, because healing is such a slow process in general, but I'm exercising, gardening, crafting--all in the same day!  I'm still being careful and being very, VERY firm on not doing things like long car rides and too much sitting.  I'll probably never see a movie in a theater again because I don't like movies enough for the risk, but that's okay.  Besides, it's too hard to knit. 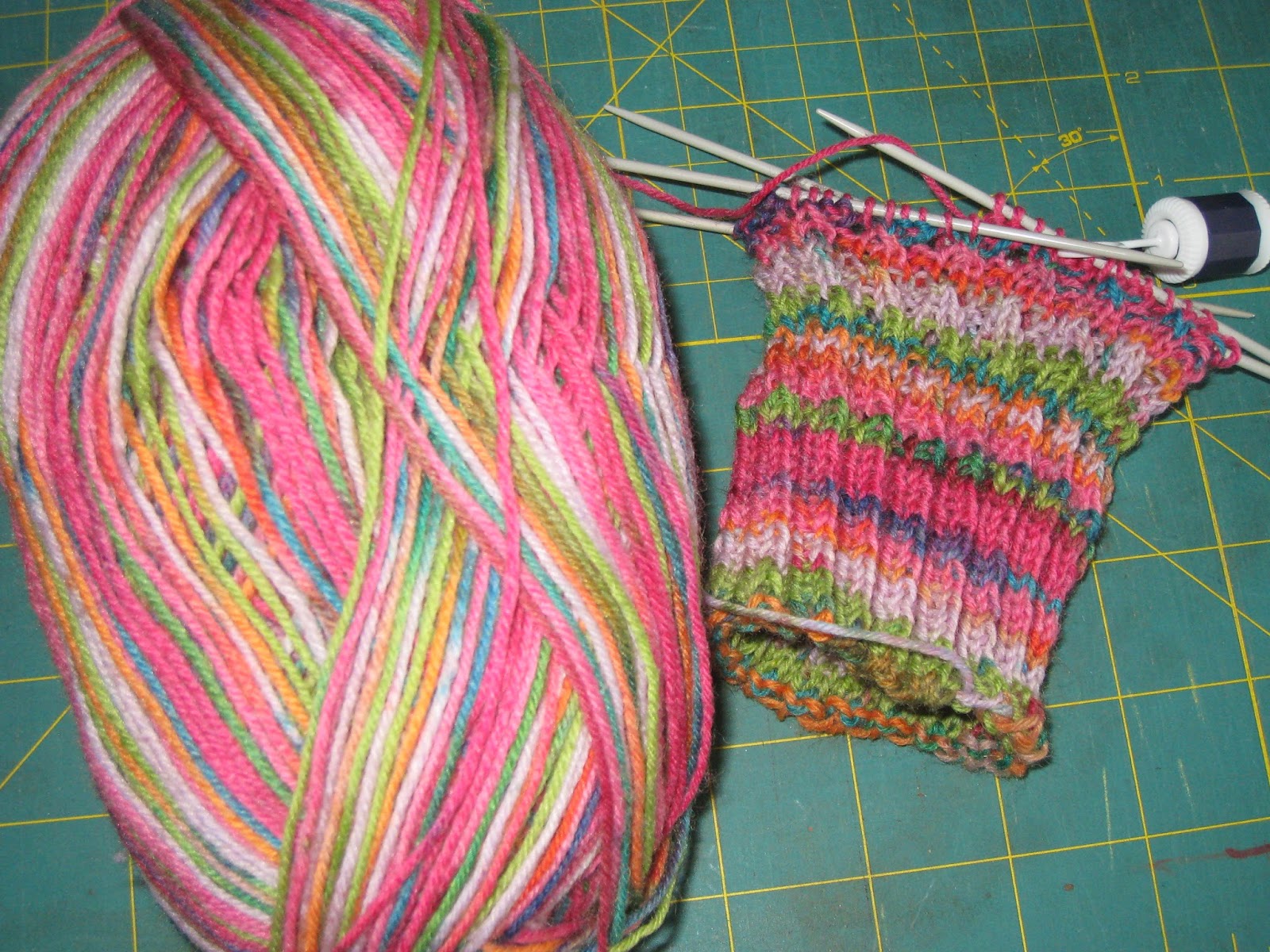 There has been some!!!!!!!!!!!!!!!!!!!!!!  I'll wait a minute for you to recover from the shock.  Lately most of my crafting time has been taken up with sewing, which makes some sense as this year I'm trying to free up space in the sewing room and this 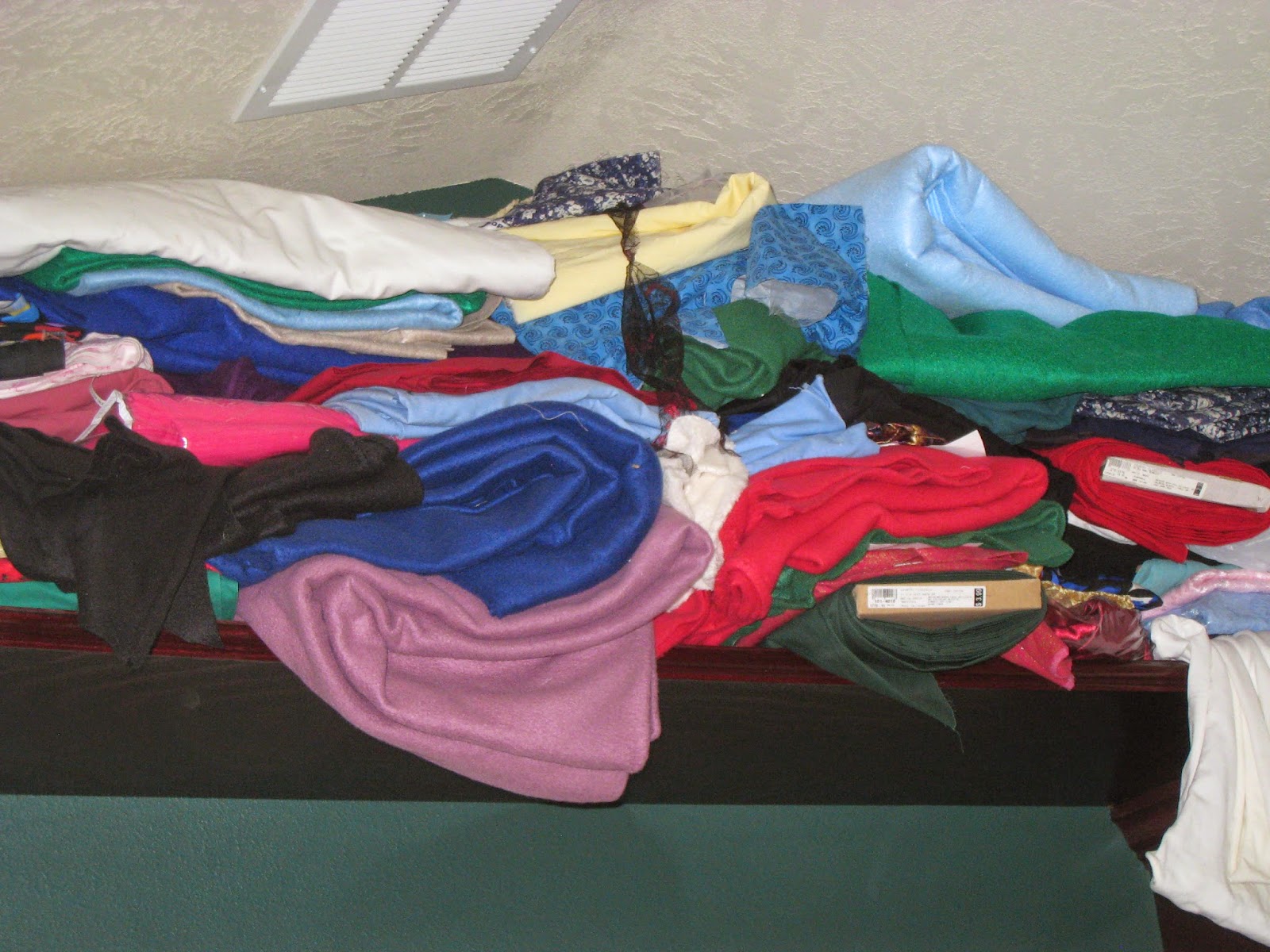 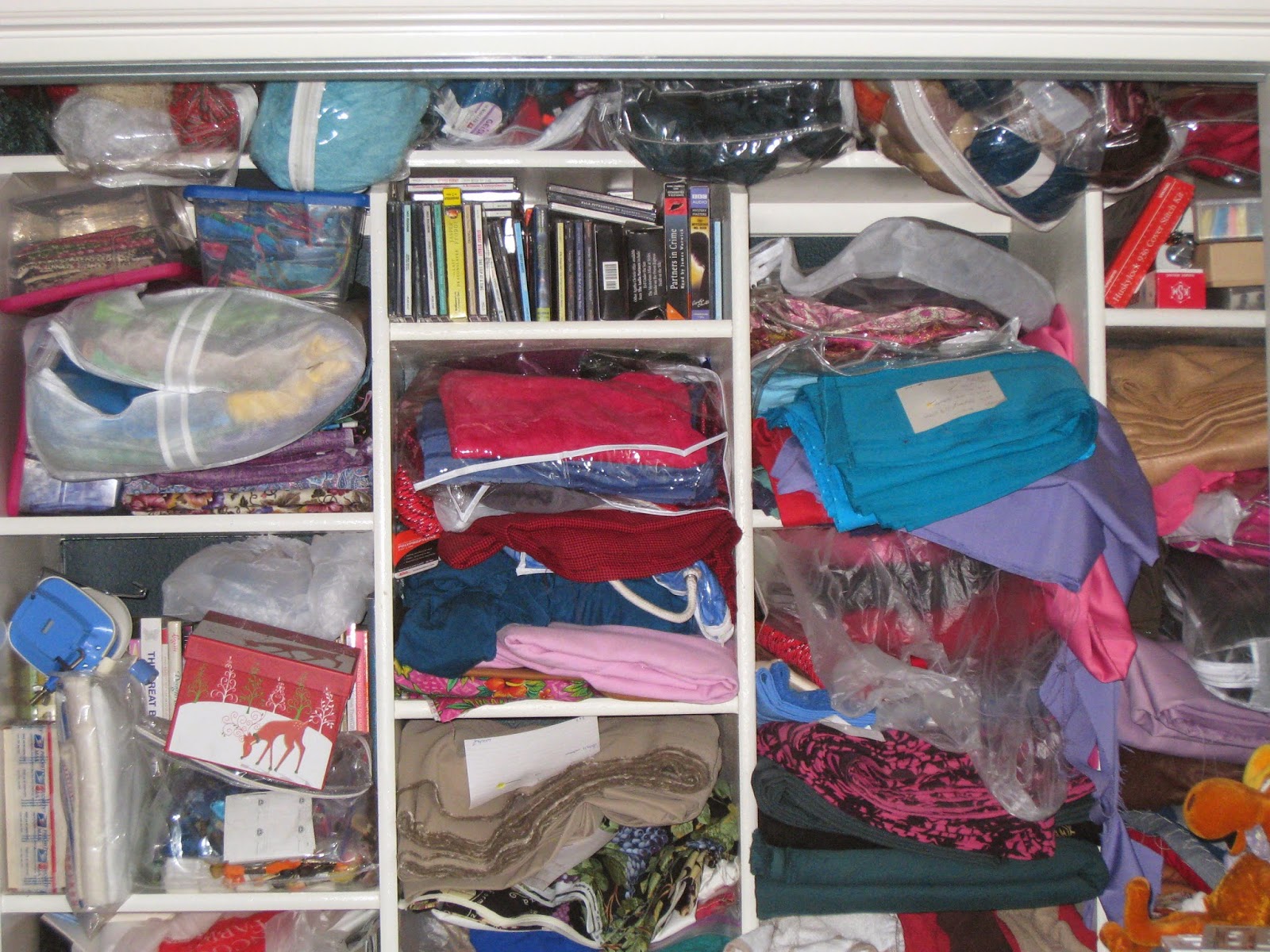 shows progress faster than yarn.  Or it would if I were making something besides table runners.  I'm sure there were more time-consuming projects I could have picked for Christmas gifts, but I'm not sure that I didn't find THE highest one for time-consumed for smallest dent in stash as far as sewing is concerned.  At least I've found a few that don't require piecing or stippling: 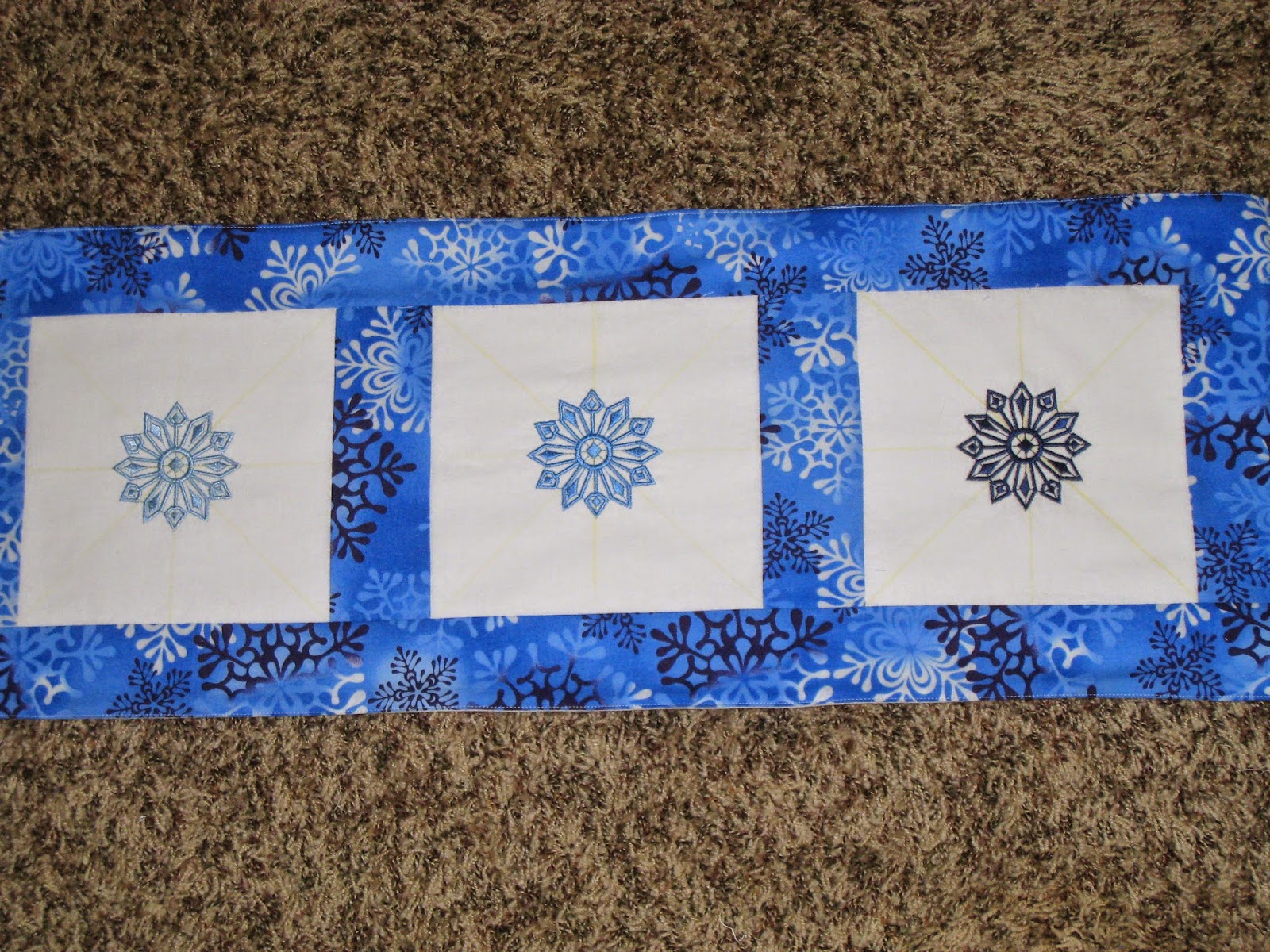 and if I ever announce that I am making Spicy Spiral table runners for everyone for Christmas, please send the men with white coats immediately.

Theo joined me for moral support, 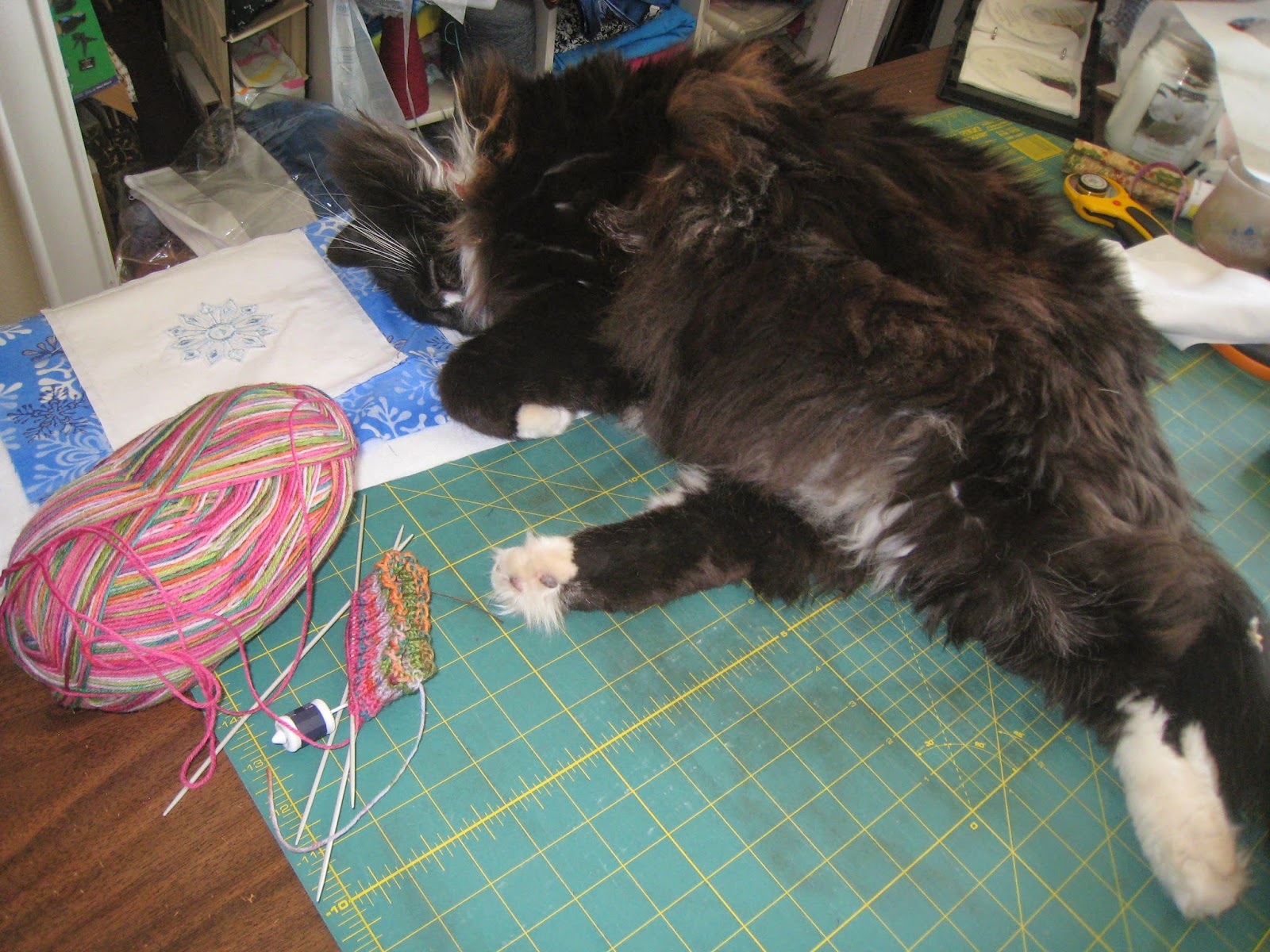 so I haven't finished the second table runner.  But I did get a new ornament done: 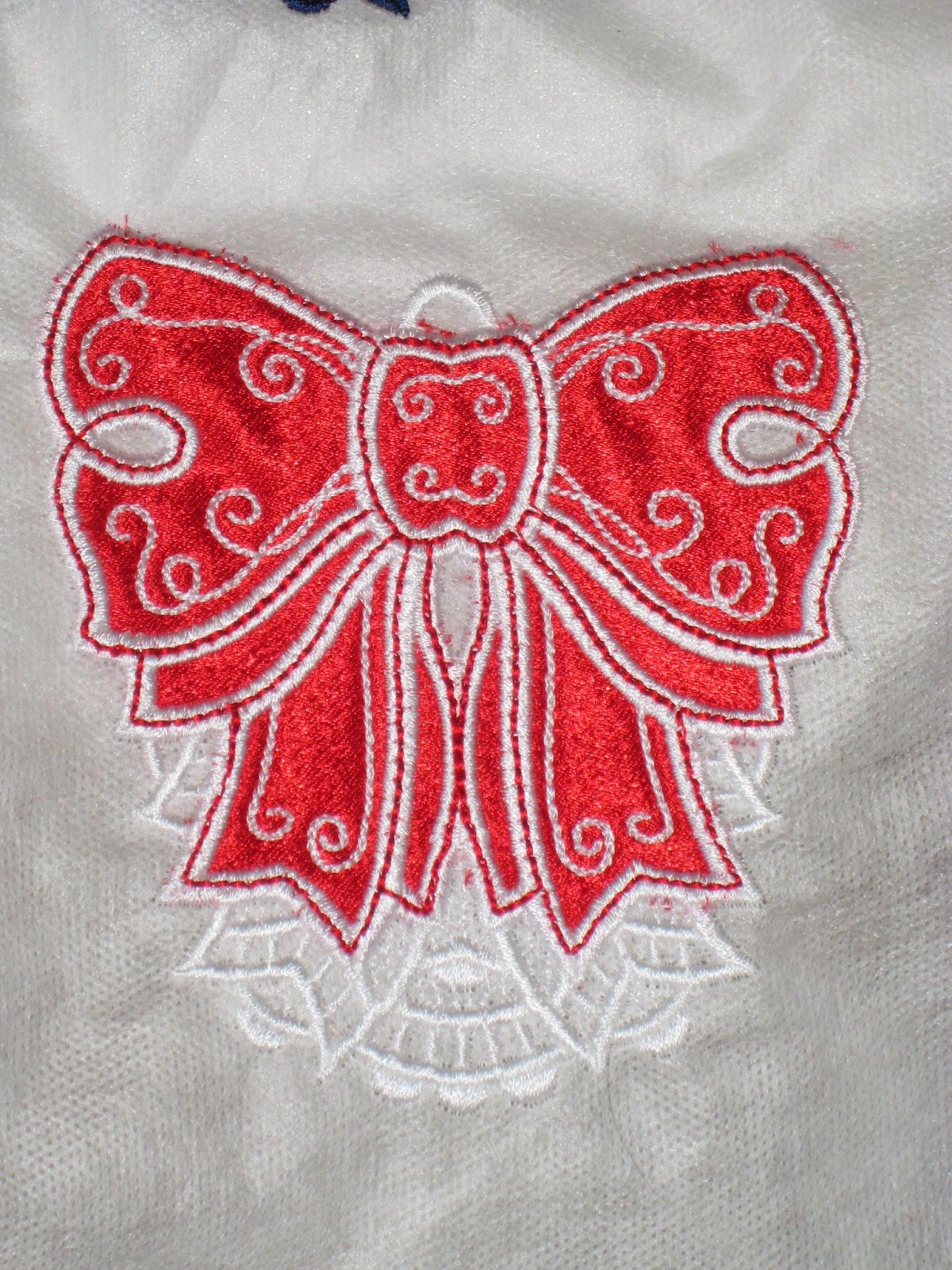 I never like these quite as well with the darker color for the fabric, but it's still fun.  I'm trying very hard to stay focused on the existing projects and not go rummaging around in my stash for more fabrics to try with these.  If I thought the tablerunners made no visible dent in my stash, these make no dent at all.  Not that I'm not going to immediately fire up Jeeves and make another one, of course.........