Well, the bronchitis is still with me, but the knock-out drugs are all gone, so I'm coughing but not sleeping all the time.  I don't know if it's an improvement or not, but I have to be getting close to the end of this.  According to the handout I got from the doctor's office, viral bronchitis generally lasts 10-14 days, and I'm probably at 12 right now.  (Not counting the weeks of a cold of course).  This is beginning to make surgery recovery look speedy!

Since I can't really sew--or do much of anything else--I have been knitting.  The latest project is a faggoting sampler scarf 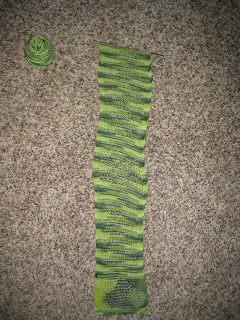 which is just over half done now.  I'm not sure how well you'll be able to see it, but I started with a k2tog, double YO pattern (purling even rows): 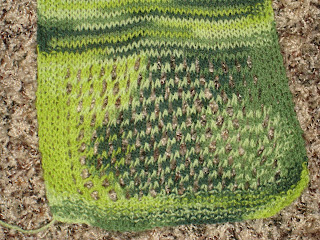 then after a stockinette break, moved on to a k2tog, YO pattern on every row: 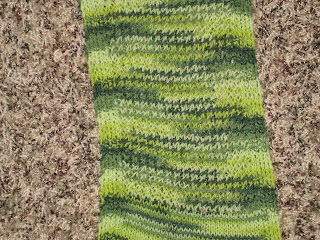 then to a K2tog, YO on right side rows and purling wrong side rows: 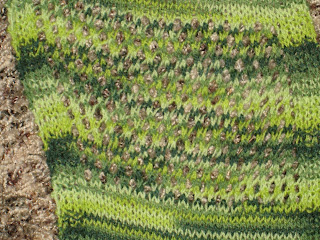 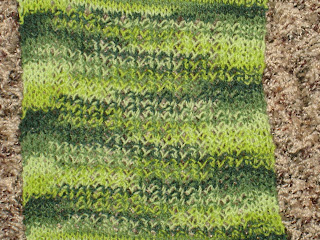 I think it will be easier to see after blocking, but I'm doing the mirror image on the second half now, so it could be finished in a couple days.  Still not exactly 1 project every 3 days, but I think I can catch myself up with some sewing projects that need to be done.  Or maybe an embroidered towel or two---they take enough time for each one to count as a separate project, right?