More than two months of the year are gone, but I have finally made something!!!! 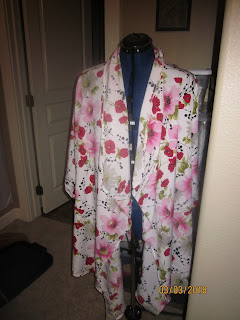 I have some red peachskin material that will make a great combo with this jacket, and I'm hoping to get at least the pants cut out today.  Andy is gone this weekend, so the kitties and I are catching up on some sewing. 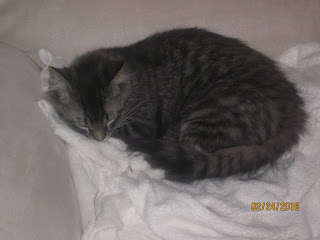 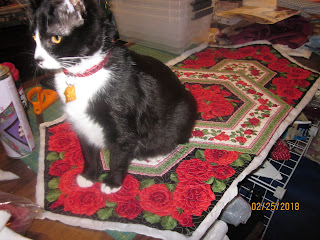 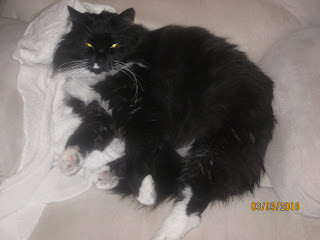 and a bit of squabbling over who is Primary Sidekick.  No winners have been declared yet, but thankfully there's a lot of napping as well, so I can actually get things done.

As you might have guessed, work is keeping me busy, but lots of the potential sewing time has actually been spent unpacking the sewing room.  Shortly after we moved, I found this great little sewing table in an antique store, 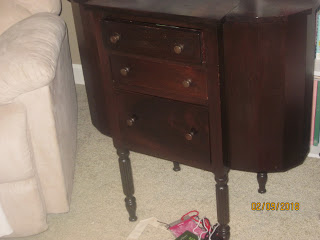 and with this and the sewing table, I'm loving having furniture with drawers! There's a lot of stuff in the sewing room, but one of the challenges has been that I needed bins for holding absolutely everything as there wasn't a single drawer anywhere in the old sewing room.  Now, I have unpacked my oldest crafting bin 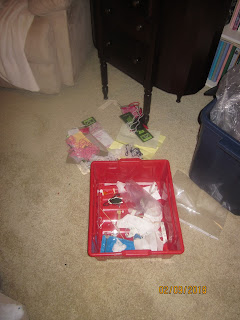 thrown away some VERY strange things that have been lurking in it for 30 years, and moved it to another use.  AND, in very exciting news, the sewing room is down to just 7 boxes left to unpack!!!!  And we think there aren't any more lurking out in the garage!  Yay!!!!!!!!!!!!!