I must have been just a teensy bit smug about the fusible interfacing yesterday, because when I got a chance to finish the table runners up today, the two new ones were STILL wonky where I had embroidered them.  One of them doesn't even really flat.  But, 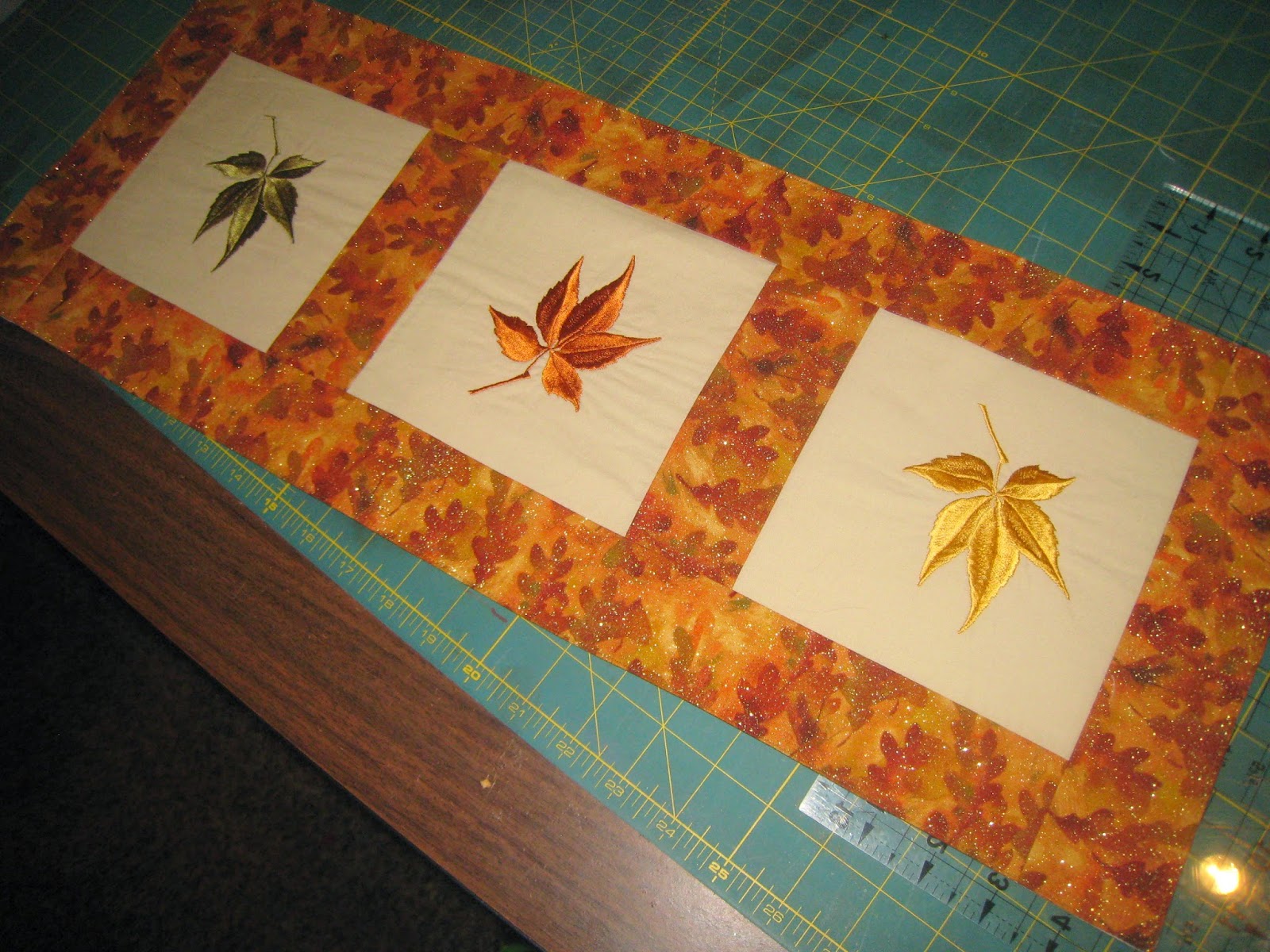 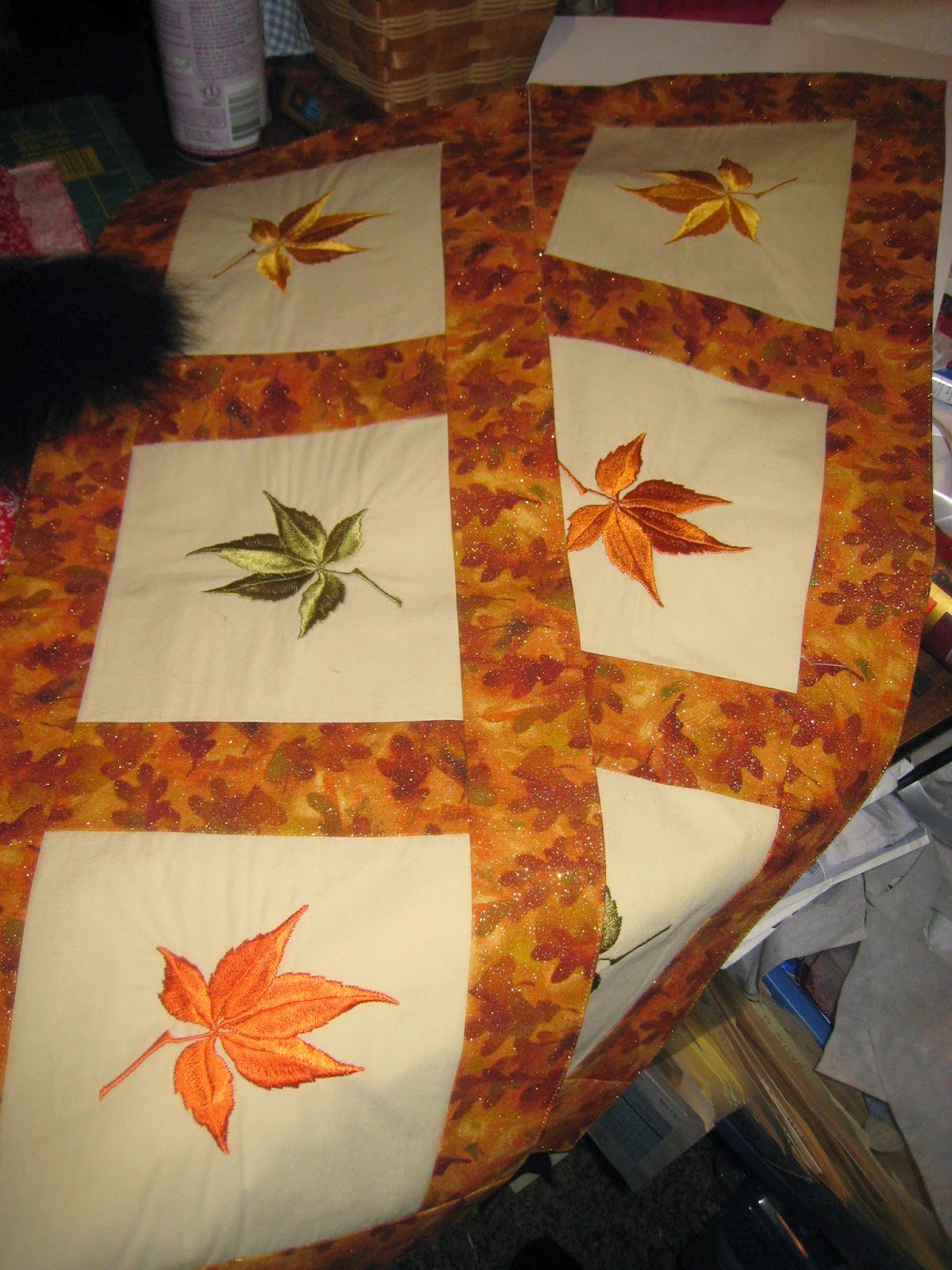 they're done.  And we'll keep one of them.  In time, I might even forget the stress and trauma involved in making the darn things.  It just isn't right now......

Andy and I had a wild date night last night:  Costco!  During the holidays.  Yep, it might actually be the bravest date we were ever on.  We're having friends over for dinner Christmas Eve and I want to serve baked ham (it was my grandmother's tradition), and they have really nice hams.  We also needed a new iron.  The old one has been acting up for a while, but by Friday it had progressed all the way to shutting off every time one tried to iron things but NOT shutting off even when I was trying to shut it off. Sounds like a very fast way to burn down a house to me, so 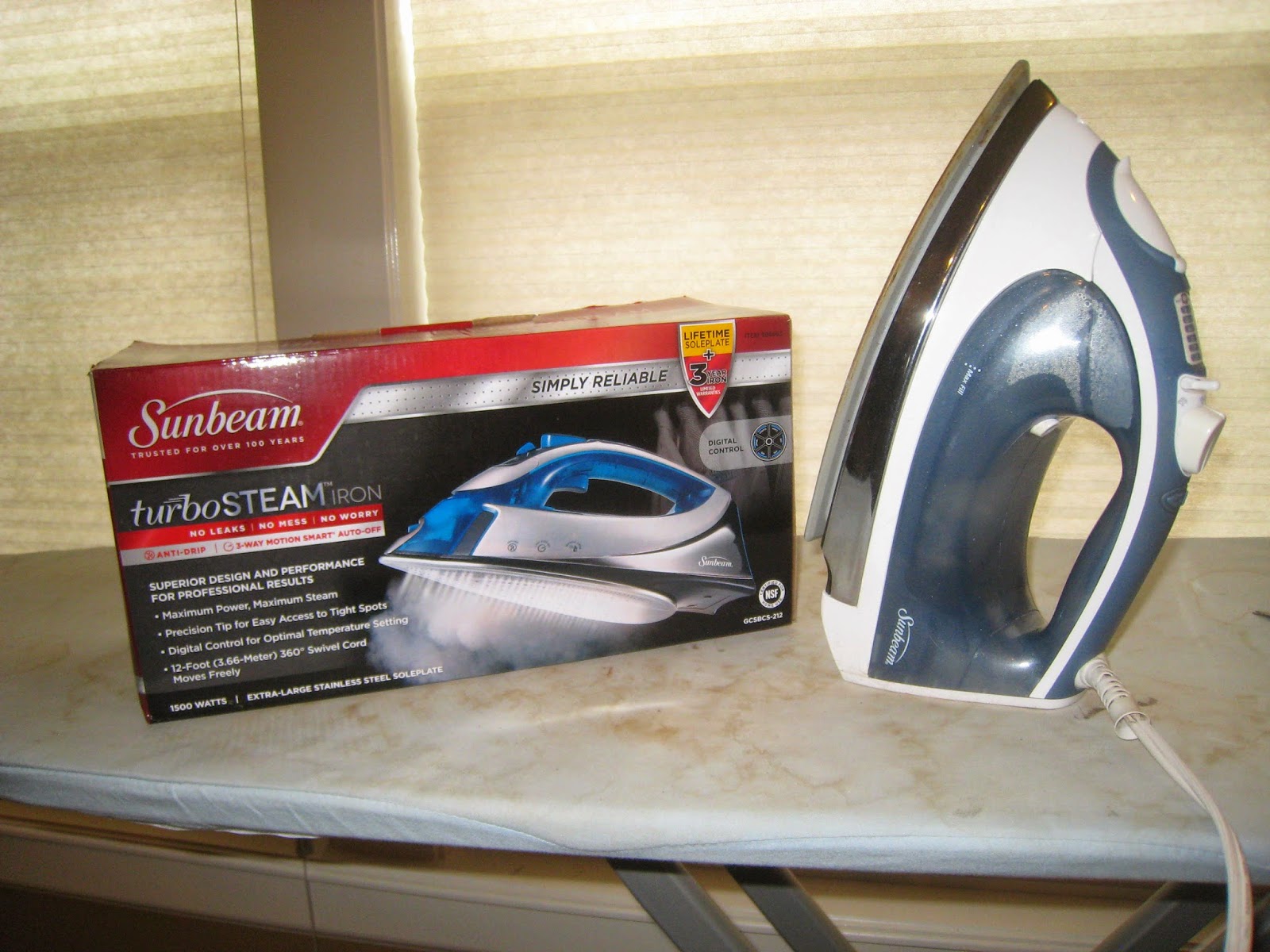 we picked up a newer version of what we had, as that was the only option.  I know there are better irons and I should really look into a nice one for sewing, but the moment they start trying to burn the house down is not really when I want to start researching them--it's more of a fling-them-out-the-window sort of moment, to be honest.  So, 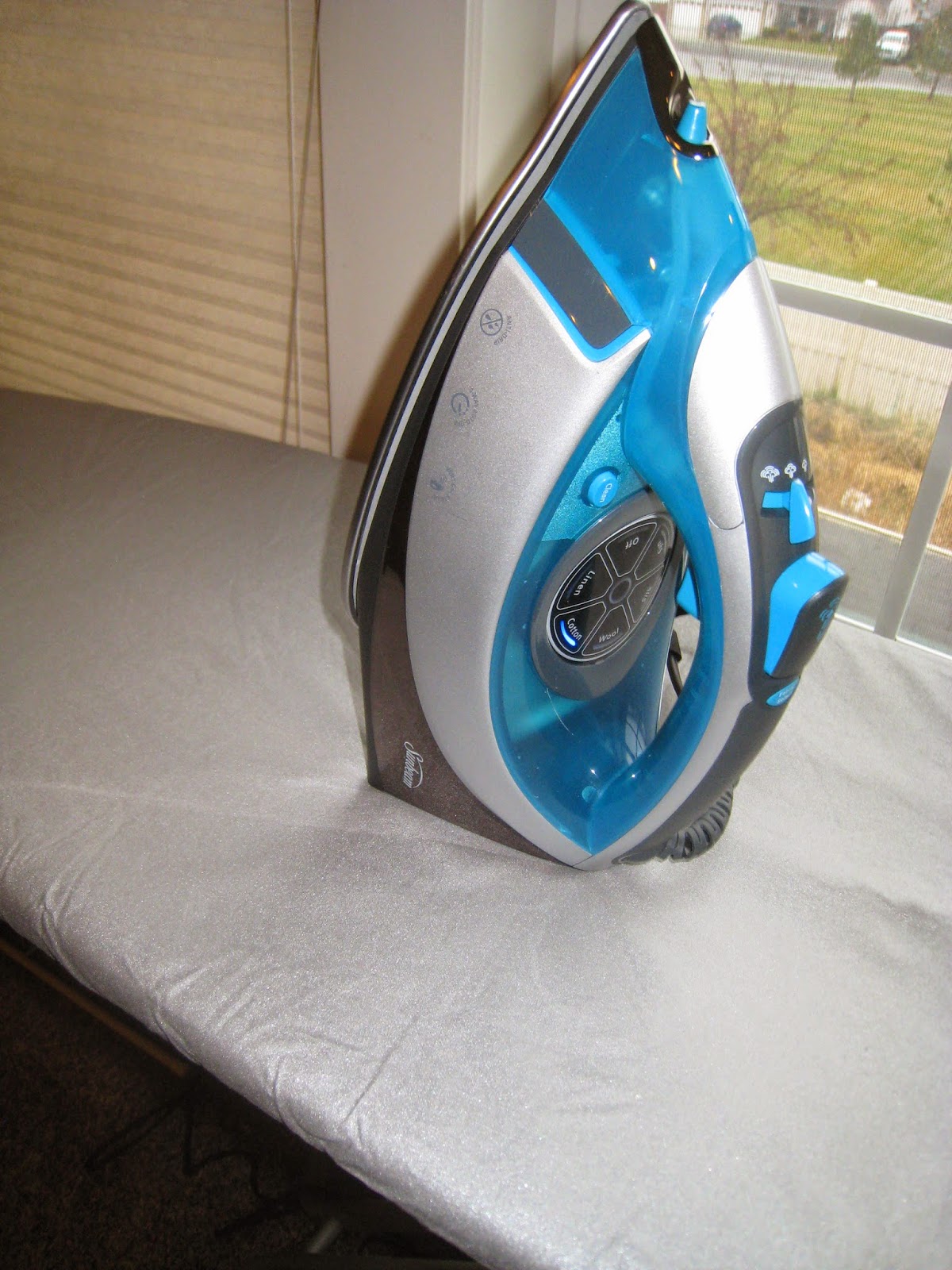 my new $30 friend is close enough for right now.

Today I did get a bit of crafting time, but tomorrow we have another party to go to, so I don't know that there will be any crafting time until after Christmas, so I was trying to get another quick project going tonight, 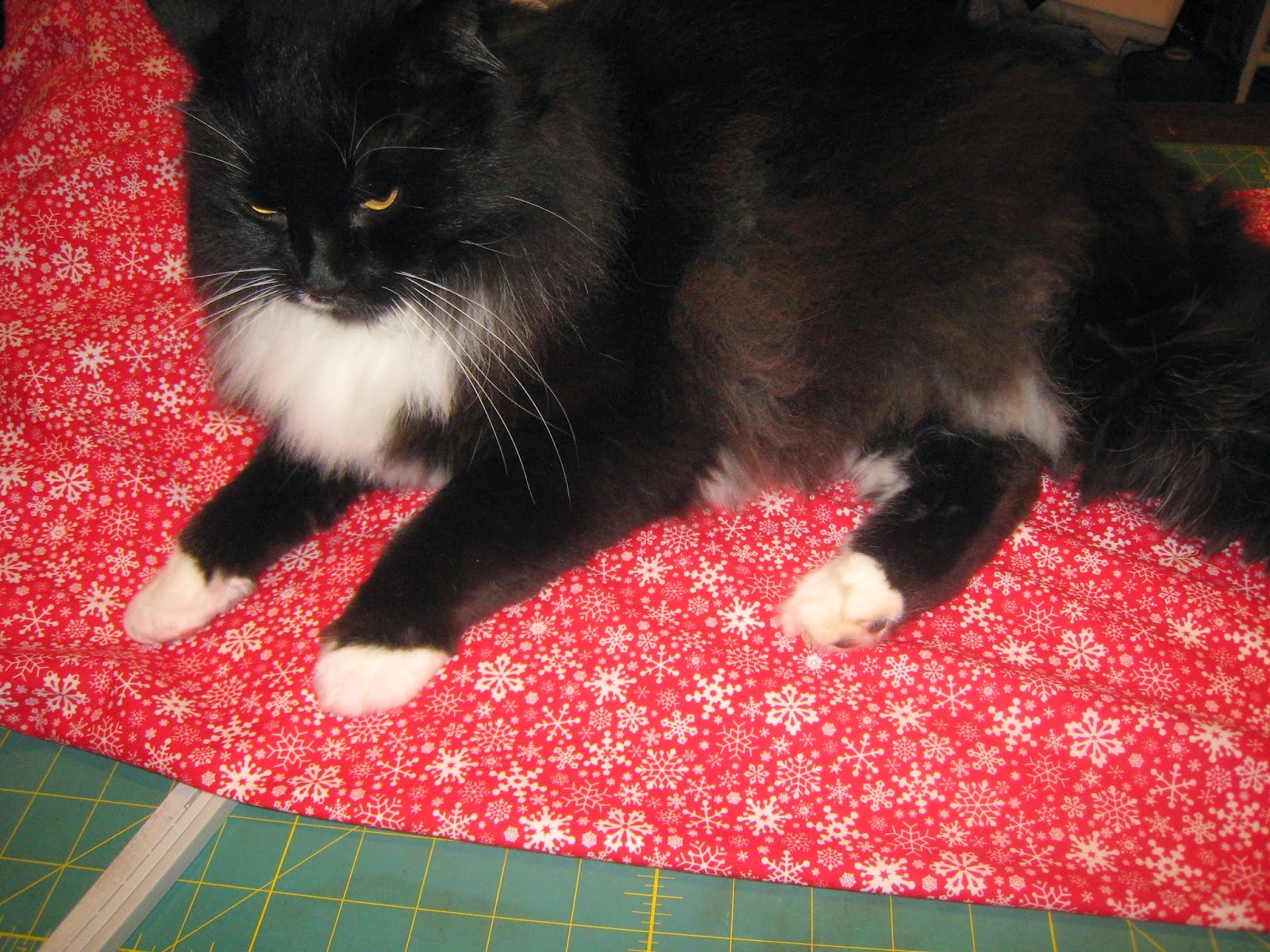 but Theo got in the way.  Seriously--I didn't even get a chance to smooth the fabric out on the table.  I have been ironing white and red Christmas fabrics to potentially make this or a table runner using these.  What I have ended up with is an 18-pound cat with entitlement issues.  Oh well.  I do have that baby sweater to work on................