I've been thinking about a new ornament design, and this afternoon it was a bit too warm to work in the garden, so I thought it would be a perfect time to try it out.

First, I dug out 5 blue Christmas fabrics, ironed them just enough to get by, 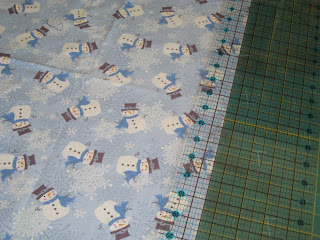 then cut two 1 1/2-inch strips and one 2-inch strip from each color.  Then it was time to play with one of my favorite feet: 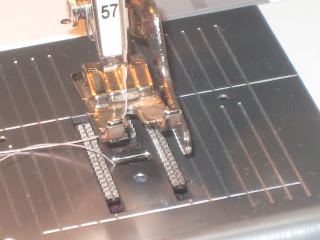 I have 3 different 1/4-inch quilting feet (one came free with the second Husqvarna), but this is the only one I can truly manage 1/4-inch seams with.  While I think I'm staying on the edge of the other feet, I don't always stay as close as I should.  This one has a guide for me to use, and I am happy to say that even I can manage 1/4-inch seams with this one.  I laid out the strips in the order I wanted, 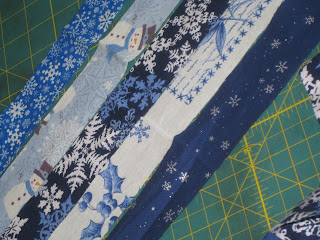 sewed them each together with the 1/4-inch seams, then pressed the seams toward the dark fabrics.   One thing that always amazes me with fabric is this: 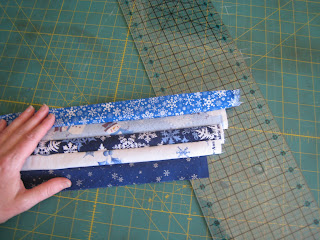 every last one of these fabrics was sold as 45-inch widths, but after washing and drying, all of them are different widths.  Isn't that amazing?

My original idea was to attach the strip to white felt by using fusible webbing, but either I don't have any left or I can't find it--either is quite possible.  So I resorted to quilt basting spray and a few pins to keep the fabric in place, 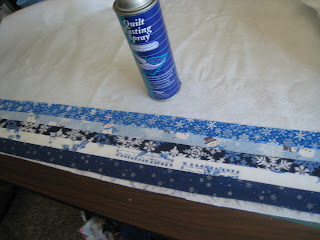 then cut out around the strip--leaving ease on each side in case the fabric moved during stitching.

Then I picked out rayon embroidery thread for decorative stitching, 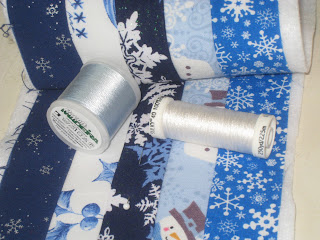 and decided to stick with the white thread for this one, though the icy blue is a contender for the next set of strips.  I used regular white thread in the bobbin, 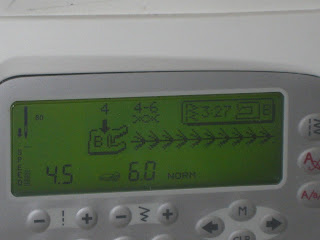 selected a decorative stitch to use, 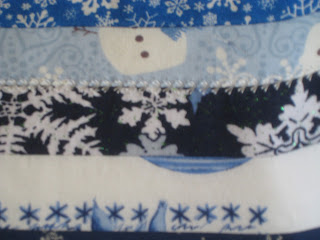 and stitched down the center of one of the center seams.  At first I flirted with the idea of using the same stitch for each seam, but this one was a multiple-step stitch and was incredibly slow, so I decided that using a different one for each seam would be more "artistic,"   which sounds a lot better than "lazy." 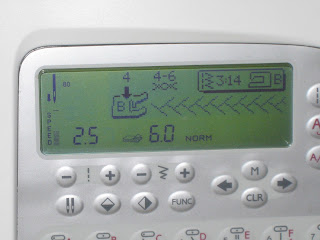 For the next stitch, I used a much simpler design, which went a lot faster.  It pulled the fabric just a bit, so I eased up the pressure of the presser foot by one, but it helped to do all the seams in the same direction.  Eventually, I got all 4 lines done, 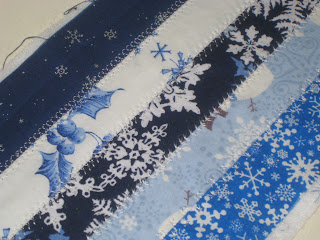 which was a fun way to explore some decorative stitching.  One could also use zig-zag or even hand-stitching if one was REALLY ambitious.

Next, it was time to make ornaments!  At first my idea had been to trace the ornament patterns onto the fabric, stitch them, then cut them out with pinking shears, 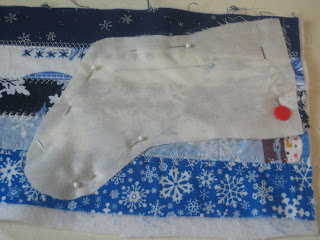 but it turns out I don't have any marking pens that will show up on this but not remain visible.  So I opted to cut it out, 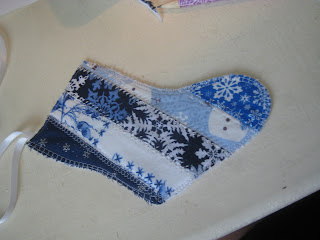 and sew it together using an overlocking stitch.  Not bad, and with the fusible webbing it would probably work as the fabric wouldn't tend to fray as easily, but such is not the case here.

Next I got the idea to trace the design on the WRONG side: 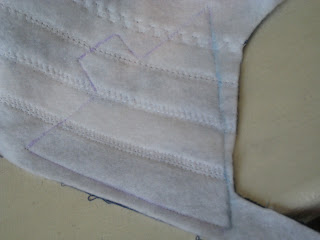 which would work even better if my pens weren't dying.  The purple is a disappearing ink, which would be ideal, but the blue should go away with some water.   Let's hope, 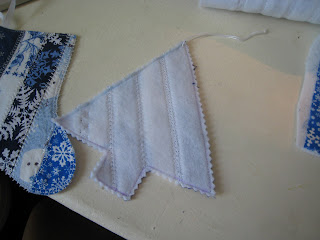 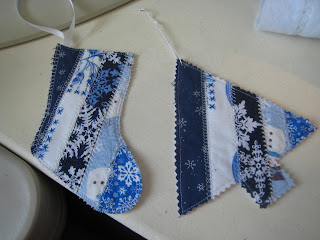 I'm pretty pleased with the results so far.  I have some other templates to try out, and I have the other sets of strips to sew together as well.  I definitely think the 1 1/2-inch strips are the ideal for this, but I have two larger templates that I'll use when I put the 2-inch strips together.