In spite of someone's  best efforts 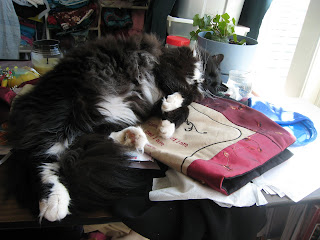 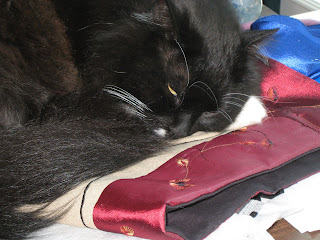 and best efforts at ignoring me, 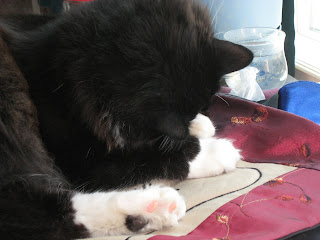 I have finished the wall hanging today! 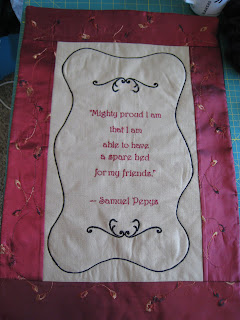 With my little sidekick's "help," 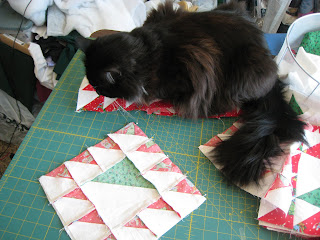 I made a little progress on the Christmas quilt today 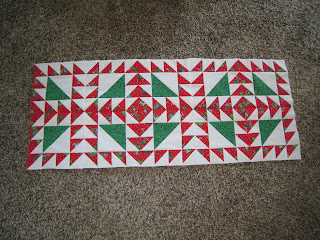 but gave it up when it started to strain my elbow.  Instead, I'm working on the Monkey socks and this 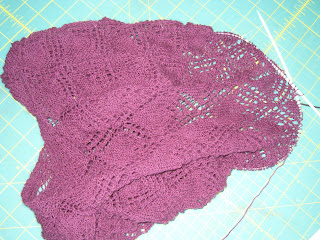 which is going to be a surprise.  :)  So, if you were wondering why there has been less knitting than usual on the blog--it's because I've been in stealth knitting mode.  Aren't you impressed and/or amazed?  I'm not usually very good at keeping ANYTHING quiet, but this is over half finished and is just NOW surfacing on the blog--which has to be some sort of record for me.  This probably won't appear on the blog again for a while, but I just HAD to show it to you right now--I'm getting close to finishing a 600-yard skein of laceweight on this baby.  Whoo hoo!!!!!!!!!!  Not that it really helps with the stash space issues, but one of these days I'm going to tally up the laceweight again, and I'm REALLY hoping to finally be under 40,000 yards of the stuff--without having to add incorrectly........:)