My little sidekick is in deep disgrace this week. 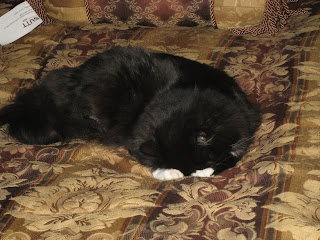 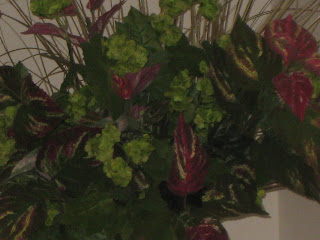 but there is a live bird hidden in the greenery.  This planter resides here 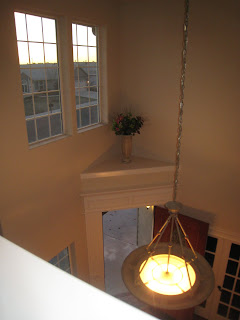 which, being inside the house, is a rather unfortunate place to have a bird.   Especially when the bird isn't bright enough to notice the open door below, or to even notice the arctic air blast coming into the house through the open door.  Nope, it took a step ladder, a feather duster, two humans, and this 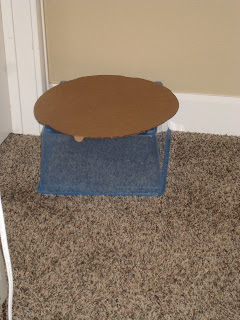 to catch the darn bird. Jjust in case you ever need to know this, covering the top does actually decrease the number of times a frightened bird will fling itself against a Rubbermade container while your spouse frantically looks for something large enough to slide under the container to carry the bird outside and away from the cats.  Not eliminate, but reduce.  The bird was able to fly away after Andy released in into the yard, though it may be suffering a little post-traumatic-stress disorder.  I know it lasted for about 3 hours for me.

Theo did some groveling with two dead voles the same day, but two voles on the carpet is NOT worth one in the bush, whatever the proverb says......

And Today's Lame No-Knitting Excuse Is......

Planting the garlic in 32-degree temperatures before the snow came, and baking whole wheat bread.  And it turns out that one doesn't sufficiently warm you up after the other.  Go figure.

You know, some days the commenters are funnier than I am!