Last fall, I thought I was being quite clever by sorting all the yarn I thought I would use this year into one large bin, 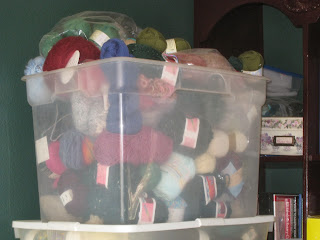 which looks like this as of today.  To be fair, I think it might be 5 or 6 balls of yarn lighter than it was at the beginning of the year, but obviously my optimism runneth over just as much as the bin does.

Of course, my favorite "preparation error" for the year is probably this: 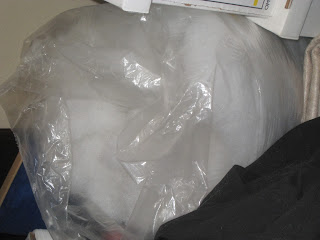 Last year, after getting so tired of using up an entire bag of stuffing per project, I finally decided to buy in bulk, and since it was on sale and I was going to make 365 ornaments, 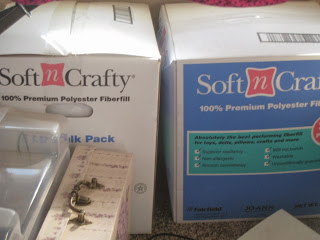 I bought THREE of them.  Now in my defense, I had no idea they more than doubled in size when the box is opened, but it's almost November and I haven't even used half of the first box.  Perhaps by this time next year..............?