Are You Sitting Down?

Aside from buttons, there is a finished sewing project! 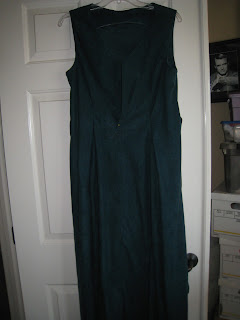 And not just ANY sewing project:  This was my oldest sewing WIP.

That's right--this dress has been AT LEAST 7 years in the making--potentially 8.  I had learned to sew in sewing 4-H as a kid and hated it, so I didn't do any sewing until I bought my first house.  Then there are all sorts of expensive-to-buy-but-easy-to-make things one needs, like curtains and that sort of thing.  I also ended a 5-year relationship, and decided I needed to do something new to take my mind off things, so I bought a cheap little sewing machine from Costco.  AND LOVED IT.  Of course, I'd forgotten almost everything I'd learned, so this dress was maybe the second or third dress I attempted, and it was just too hard for me at that time.  But it's made from a nice pin-wale corduroy (I think), and it has survived 2 moves, 2 shelving projects, and 7 years in a WIPs bin pretty nicely.

I think these are the buttons I'm going to use: 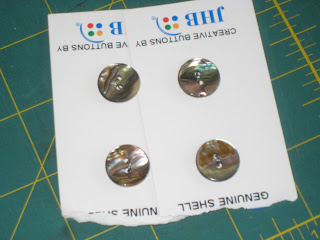 but I have lots of options if those don't work out: 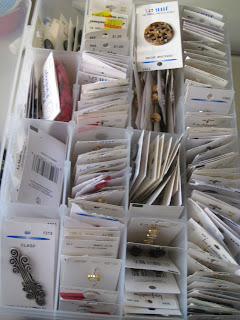 It becomes more and more obvious why I'm not buying any crafting supplies for a year, doesn't it?

I am so shocked that I actually finished this dress!  If this one could finally be finished, then there is truly hope for ALL my WIPs!  And maybe I'll finish another one this year!  Stranger things have happened..........