I Wore A Begonia Swirl Today

You may have noticed that there has been a tendency for all lace patterns of late to be "Begonia Swirl" shawls.  This is because I am madly in love with this pattern.  Can you blame me? 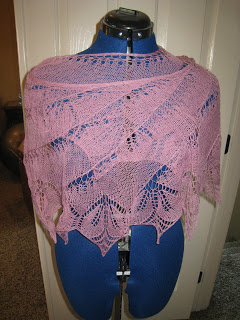 Well TODAY I finally wore one for Me Made Monday.  That's right--I'm on my SIXTH Begonia Swirl shawl and the fifth one for me, and I've never worn any of them.  To be fair, packing and moving aren't shawl-events, and one of the shawls was finished shortly before the move and still needs to be blocked....found and blocked, that is.  And now I want to make 10 more of them.

I hadn't really intended to continue Me Made Mondays, but there were people who wanted to continue with the thread on Ravelry and I do have rather a lot of me-made items, so I have not missed a Monday yet this year.  I haven't even forgotten a Monday yet, which is the REAL news.

I'm not sure if it's me or the quilt that Valentino loves, but 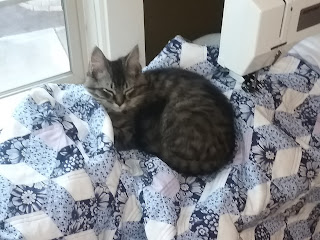 one of us has his unfailing devotion.  I did get some quilting done while he was snoozing with Venus, 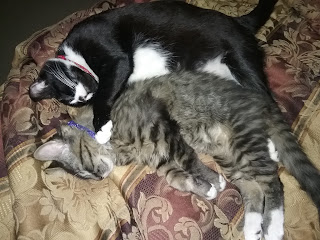 and later we all got together for my physical therapy exercises, 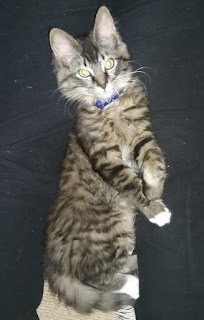 so it was a busy Saturday.  I think I'm finally over the obligatory post-Christmas cold/bronchitis, so we were able to walk down to visit some of our favorite people in the afternoon. And I cleared out one of the last large boxes from the sewing room, so it was a really nice day all the way around.   Honestly, I've been dragging around with that cold for so long that any day I can breathe is a good one.  :)
Posted by Toni at 9:22 AM 1 comment: 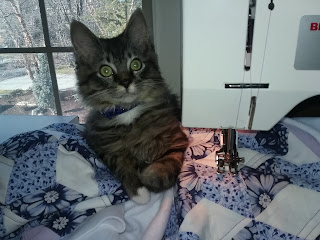 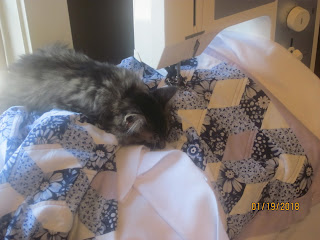 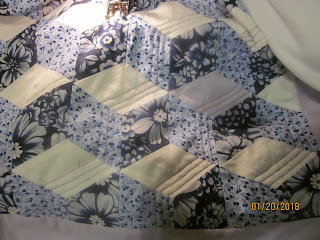 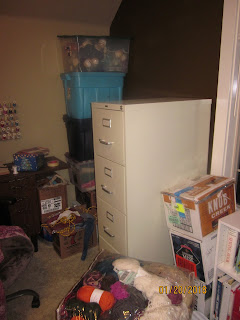 Ravelry added a new feature this year: you can sign up for a finished projects goal, and it has my little heart all aflutter.  They can only count knitting projects, so I signed up for 20 finished projects--which would be 16 more than last year.  Oops.  It was a busy year, and I still don't even know where some of my knitting WIPs are, but it's January and the Month of Optimism.
Posted by Toni at 8:12 AM 3 comments:

Thank you. everyone, for your kind words and understanding.  Milo was such a lovable little kitten--I'm not sure we'll ever stop missing him.  Needless to say, Christmas was rather subdued here.  It's hard to say who is missing Milo most, but 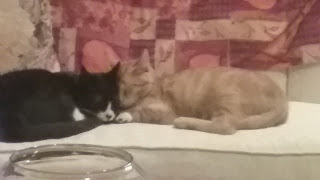 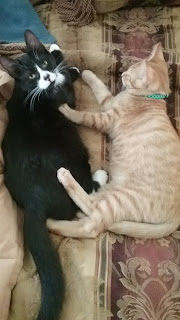 there are three strong contenders.  I'm hoping the amount of grooming I've been subjected to is more about her loneliness rather than a statement about my personal hygene. So, after much debate and soul-searching, meet Valentino, 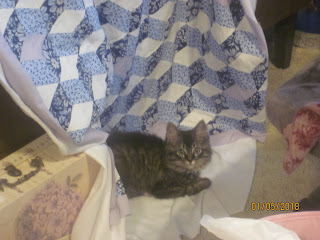 who clearly understands sewing.  He's a Maine Coon, and while we have generally been animal shelter supporters, FIP is found mostly in shelters and larger catteries and between having a senior kitty to protect from disease and still being heartsick over losing Milo, we happened to find a small, local breeder with one kitten left.  It took a surprisingly short time for the kitties to all get used to each other, 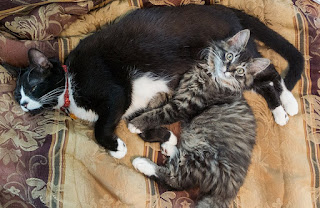 and I have (mostly) been left to my own devices for bathing.  We're still really missing Milo, but it's nice to have a friend for Venus again.  She and Milo were inseparable.

There has been some sewing around here, 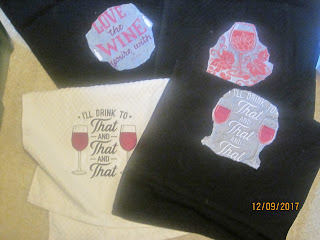 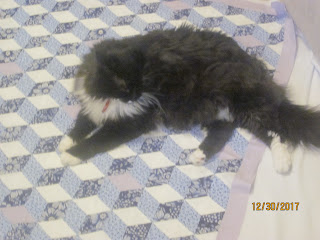 including two pillows for friends squeaked in before the year end. 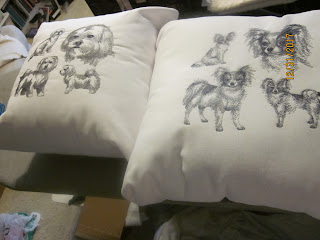 and this weekend I decided to finally felt these a bit so they were actually wearable: 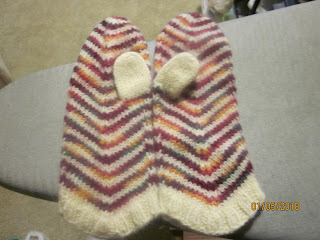 The really stunning news is this: 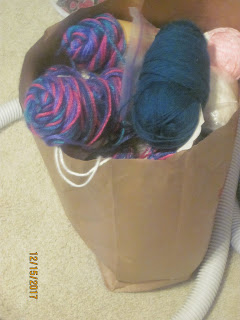 6786 yards of yarn from the stash DONATED.  Really, like the same day so I couldn't change my mind.  I gave away yarn.  Sure, it would have made more sense to do it BEFORE moving, but shlupping the entire stash down a flight of stairs in the old houise, then up a flight of stairs in the new one has been incredibly motivating. And decent exercise........
Posted by Toni at 10:28 AM 2 comments: