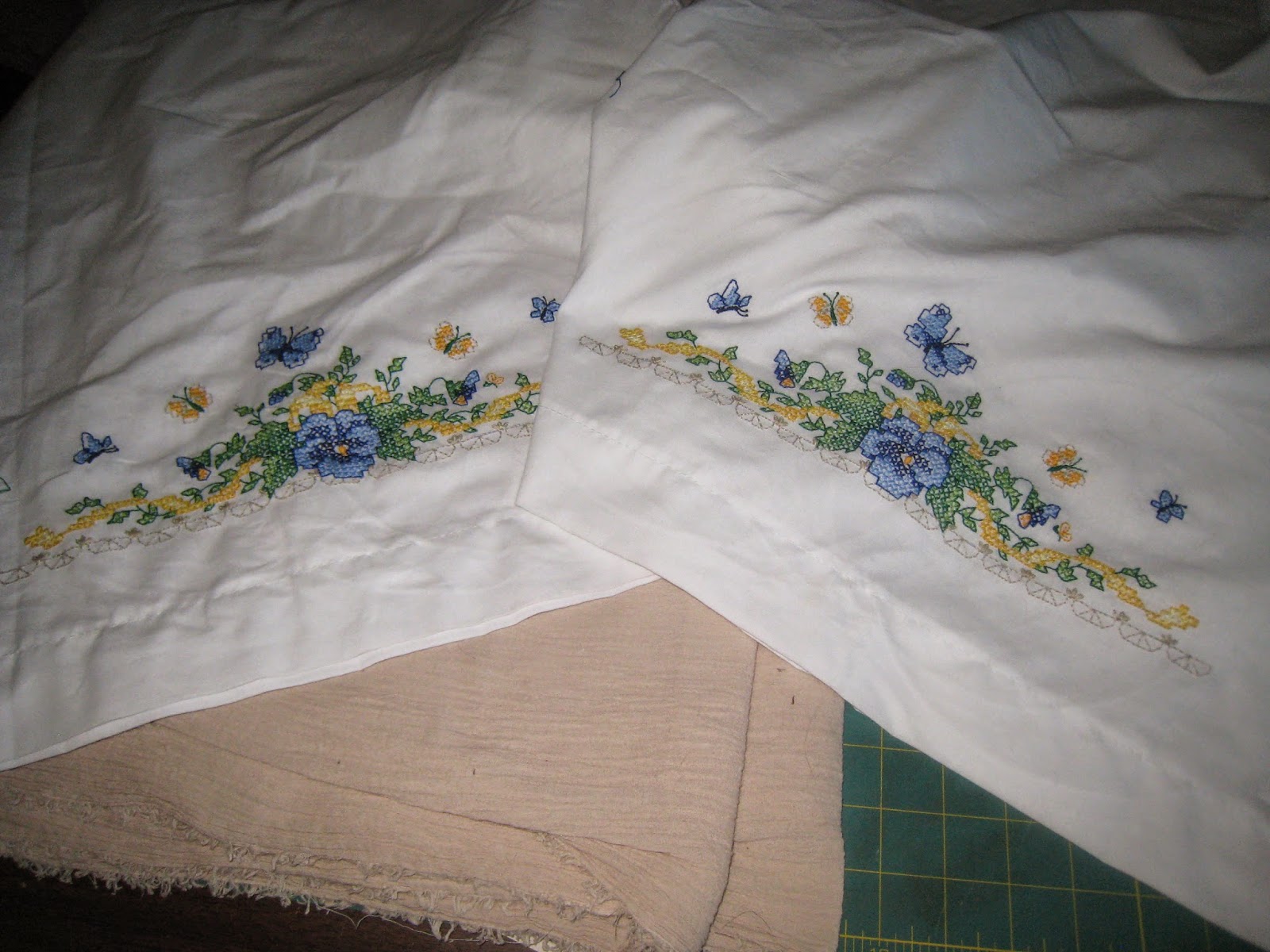 They're done!!!!!!!!!!!!!!!!!!!!!!!  And I haven't washed them just yet so I can double-check them when I'm a bit less giddy from the Finished Project fumes, but I really checked these over last night and couldn't find anything left to do.  YAY!!!!!!!!!!!!!  And it only took about 6 weeks (plus, of course, however many years elapsed between starting that first pillow case), which is even MORE amazing.  Suddenly the fact that I had TWO sets of these doesn't seem quite so insane.  Only partially..........

The most thrilling part of finishing the pillowcases was to get to check them off on my Projects to Make list.  For years I've kept various lists of projects that I have the material or yarn for and haven't yet made.  Sometimes it's worked better than others, and since we upgraded to the "smart" phones, I've been keeping it on there.  Of course, it's a relatively recent list, so the number of checked-off projects isn't that big--the pillowcases make 26--while the projects to MAKE list grows and grows.  Yesterday out of curiosity, I dug out my original list, which I always kept in the paper calendar I used while working.  It was fun to see how many projects I had finished and checked off, how many I'd finished since, and what was still on there.  I decided it would be nice to have a permanent record of projects to flip through, so 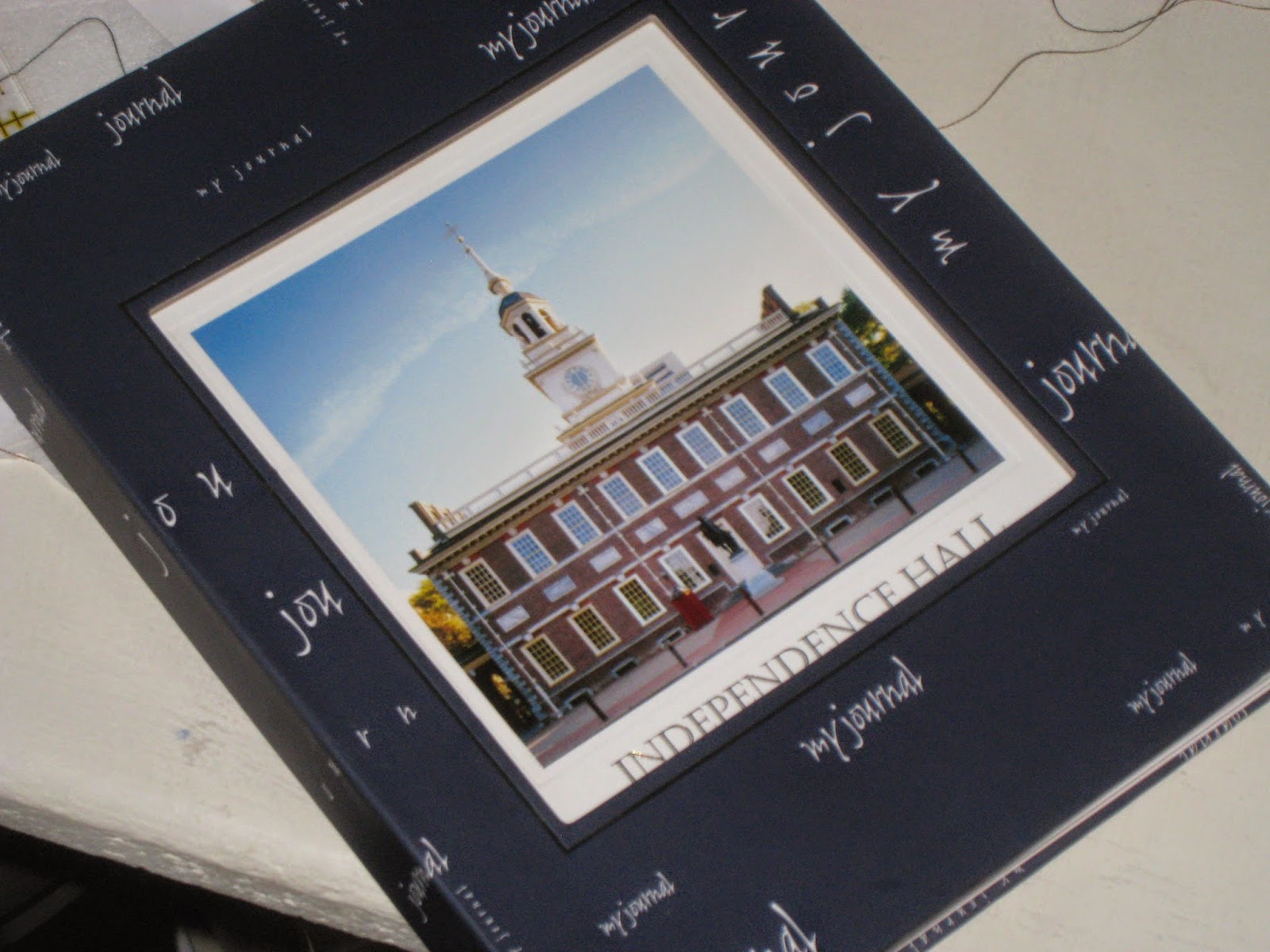 this is my new project book.  It's simply a list of all the projects I have on my list to make.  For sanity's sake, I included the projects I've finished recently so there could be a few checked off, which is nice because I'm already up to the eighth page.  It's not perfect and it will never be fully complete because whatever I include has to be recognizable, so to say "gift bag" would only work if it was a very specific gift bag that I would remember in a year.  But, it is a good way to keep things organized as I think of them, and it's a bit sobering to review, which should help a LOT when I earn that 2-year Cold Sheeping badge and have to decide whether to try for a third year.  To keep me motivated, I'm also going to include the remaining color-work ornaments--the book has 55 patterns and I've made 17.  I'll also include the painted mice ornaments as individual projects, though I'm listing the ornament of the month kits just as kits.  I made sure there were lots of pages in the book............:)

The beaded scarf has also made progress, 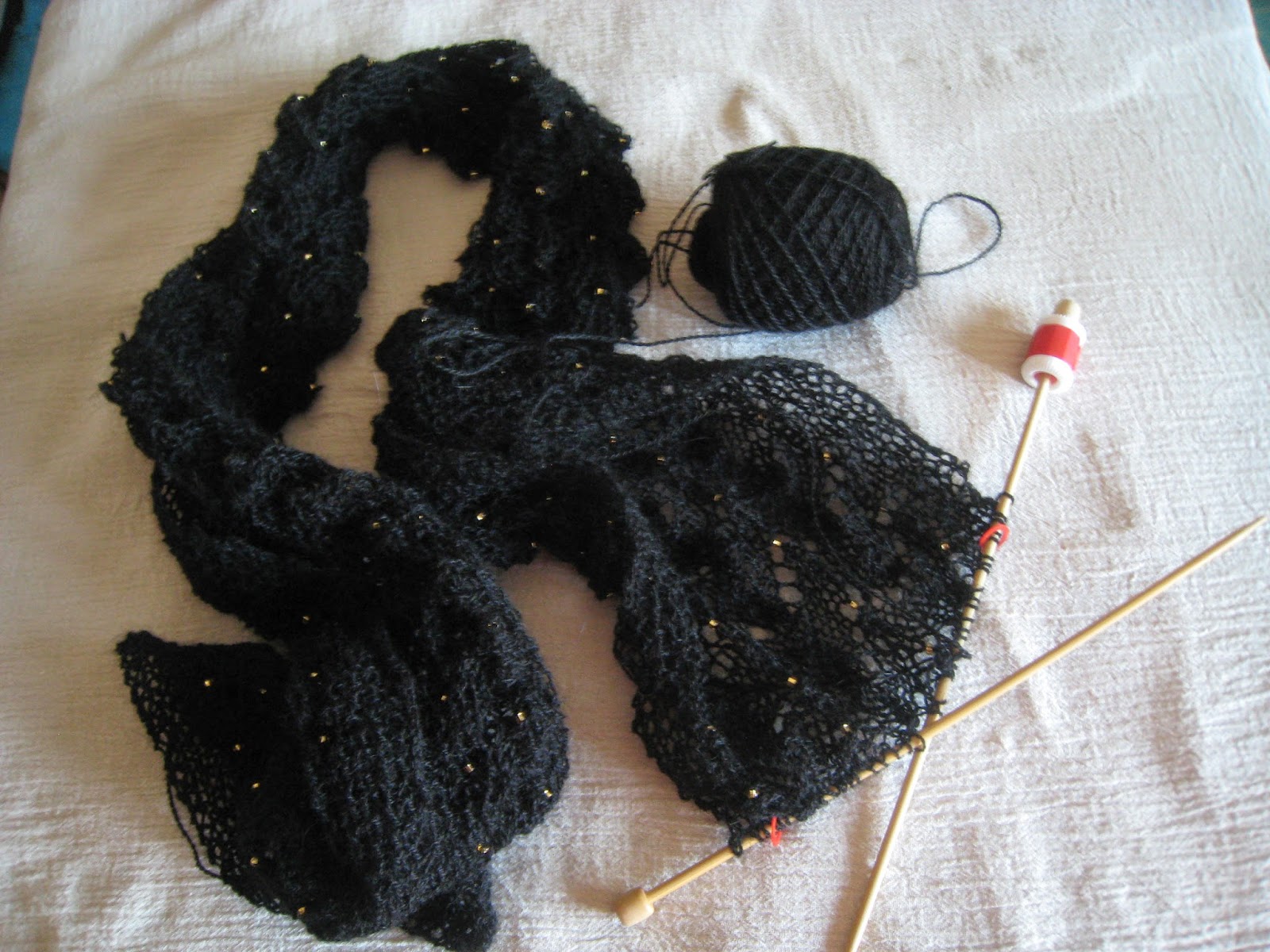 and I'm pleased to say that I worked on it after finishing the pillowcases, rather than diving right into this 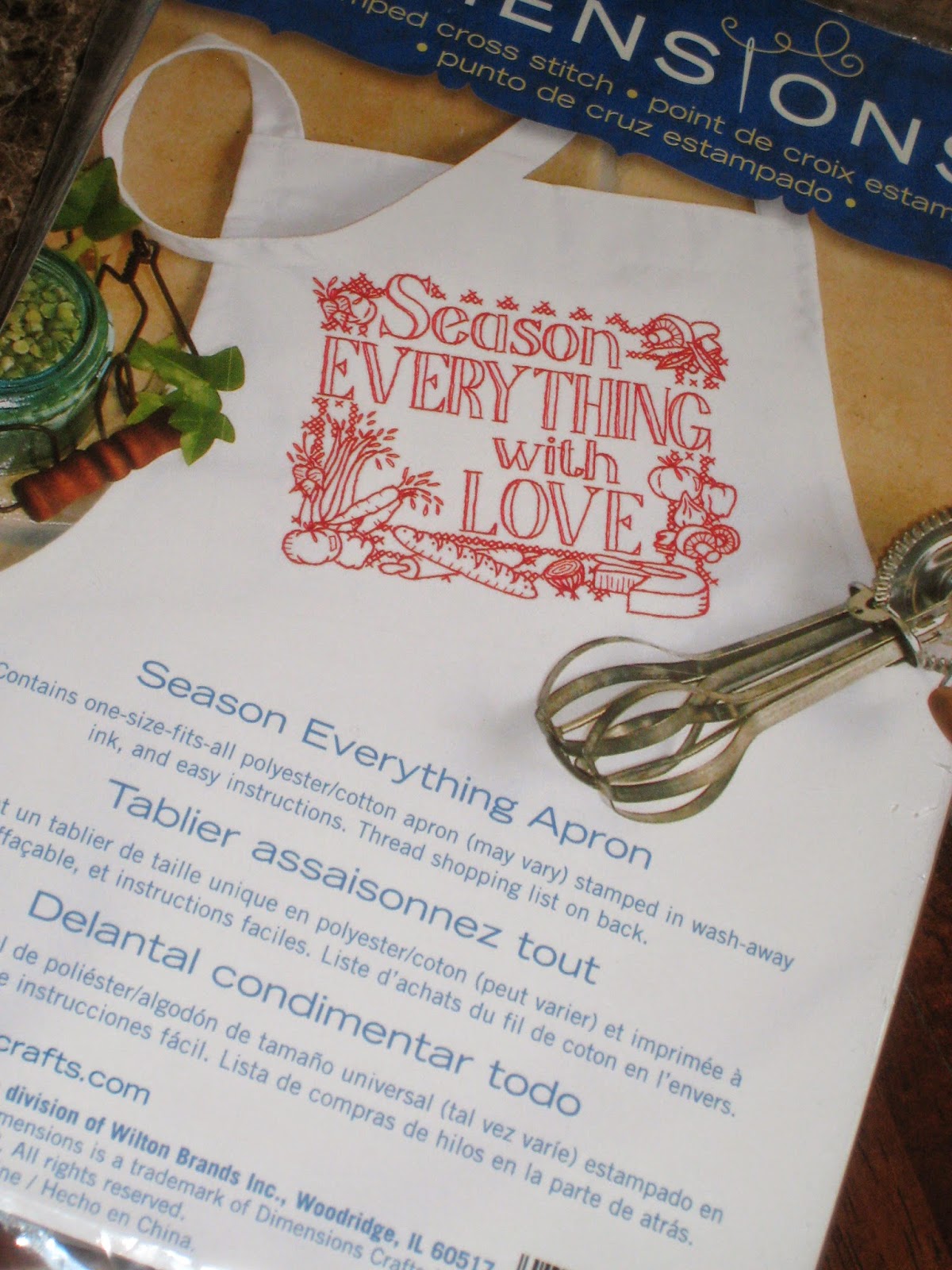 which is also in my stash.  This year Andy is making the Christmas gifts, or at least most of them, so the pillowcases are ready for next year.  I'm never that organized, and am so excited about the very concept that I wanted to stat on another gift immediately, though the person I'd like to give this to has a birthday this weekend, so I'll either be late or do something else and make this for next year.

And the BIG challenge of the week will be 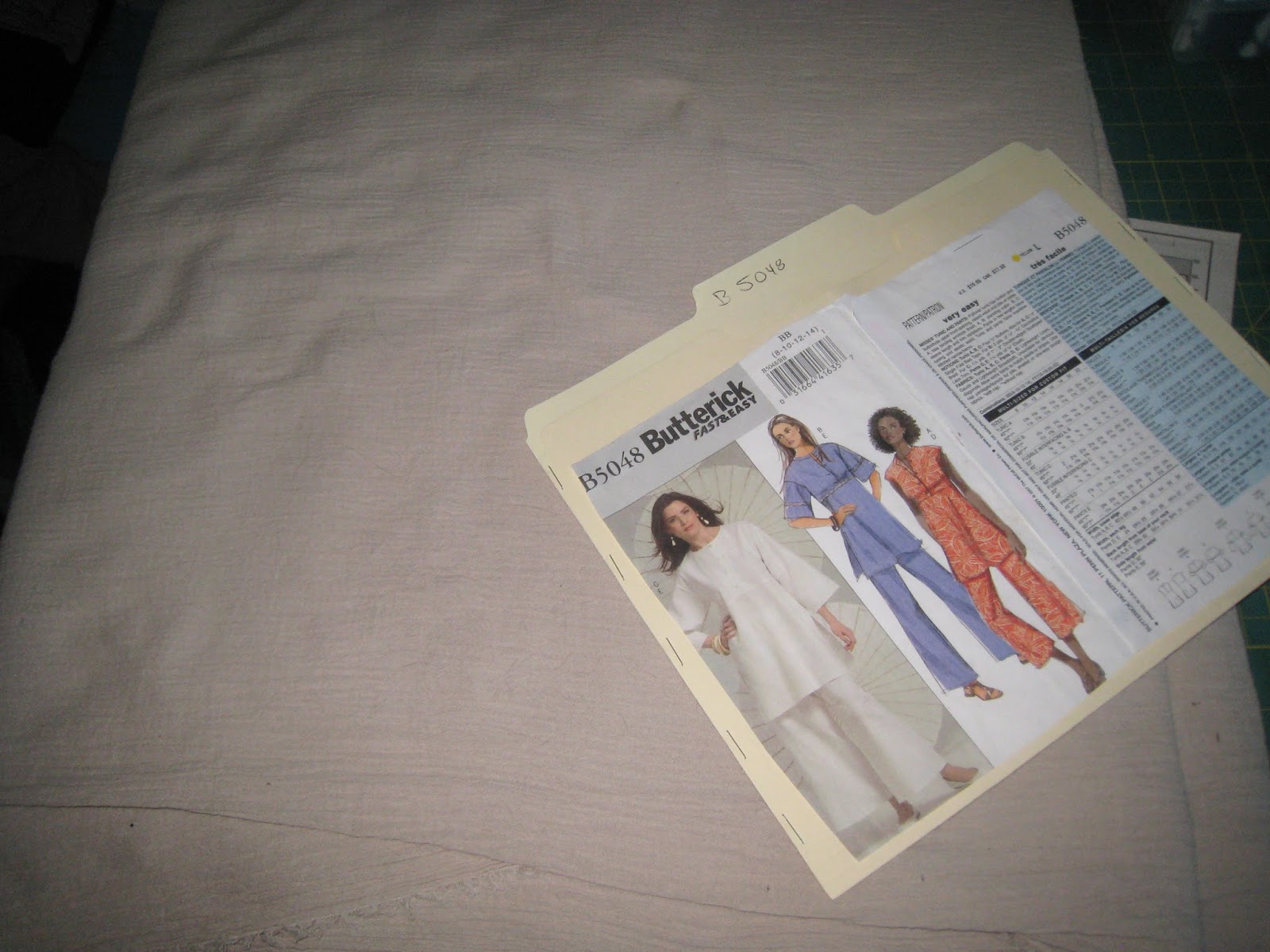 a gauze ensemble. I love gauze fabric, and it's perfect to wear for summer because it's so light and airy.  It is, however, a nightmare to work with.  I'm sure there's a knack to it--I just don't know what it is.  This fabric has been in my stash for years.  It's even got a few color issues--I don't remember if they were there to begin with, but getting them in the closet seems unlikely.  The sewing room gets a lot of sun, but none of the fabric is in a place to really get hit by it, and it didn't fade--it sort of turned peach in one spot and might have a stain of sort in another.  So, it's a good piece to learn on.  Thinking this would be a good idea, when I first got it I washed it and dried it on high to get all it's shrinking done--which turned it into a crinkly mess.  This weekend I washed it and stretched it back out, and let it hang to dry.  One of the things I've learned NOT to do is to iron this stuff flat, because then whatever you make will wrinkle right back up after washing and be completely unwearable.  So, we'll try this.  I have enough fabric for two of the tops and the shorter pants, so if nothing else, I'll hopefully at least end up with some lovely cool clothing to wear around the house.