I Have Found The Camera!

Have you ever noticed that technology gets all sorts of features that you don't need, but never the one that you do need?  I can change the sound effects my camera makes when I turn it on, take a picture, turn it off, and probably all sorts of other things, but what it doesn't do and the one sound option that I would frankly care about is if it had a little "find me" feature like cordless phones, so when I set the stupid thing down somewhere I would have some help finding it later.  Really, wouldn't that be a helpful feature?

At any rate, since I have the camera, the new finished BSJ: 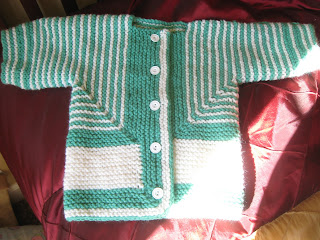 and lest there be any interruptions in the projects-in-progress-but-not-finished status here, immediately cast on a new scarf: 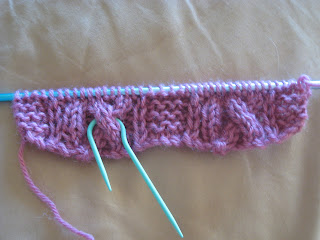 and even some progress on the new socks for me: 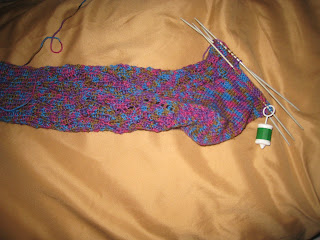 So the recuperation is at least sort of productive, even if I am getting a bit stir crazy.   The hip is improving, but I keep tensing up and aggravating my back, which makes me tense up even MORE, so I still can't sit, but I was getting pretty impatient yesterday, so I decided to try a craft I could STAND while doing.  In a book from the library, they had wonderful pictures of ornaments created by gluing fabric onto Styrofoam balls, then adding trim by using a glue gun.  This seamed like a great idea to me, and one hour and a general coating of Styrofoam flakes and glue later: 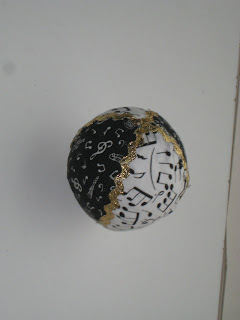 I hate it.  "Smooth the edges down" it said.  "Create big stupid puckers everywhere" is what I actually did.  The trim neither covers up all the puckers NOR the big glue spots I created with the glue gun.  I haven't decided if I'm going to finish it or just rip it apart and start over, but I did decide that the next one could be sewn together, 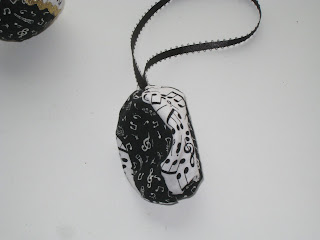 which involved sitting, which I forgot I was trying not to do, so this is as far as it got.  Still, even deflated I think it's quite an improvement over the first one.  I got a few more shapes cut out, 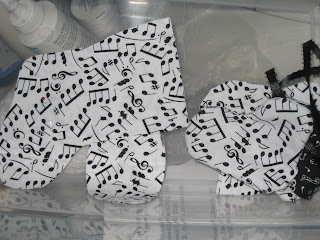 and I think they will be pretty cute.  And far easier than the ball-from-hell, even if I do have to wait until I can sew them.........or figure out where to put the sewing machine so I can stand while doing it.