With the amount of seams I've done on this, I think I could have had an entire wardrobe.  Instead, I have: 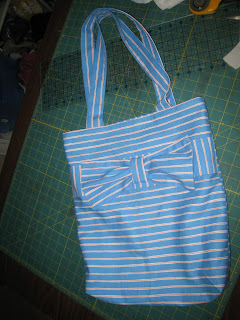 a bag.  It's a nice bag, but it is definitely going to be an only child.  I love the way the stripes are played with: 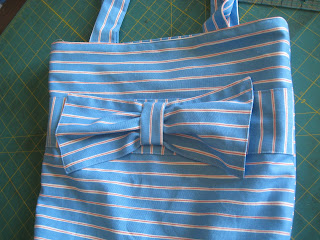 but with a band and bow only on one side, the bag sags a bit on one side.  I think the bow may sag a bit over time as well, so I'll probably need to stitch it into place. 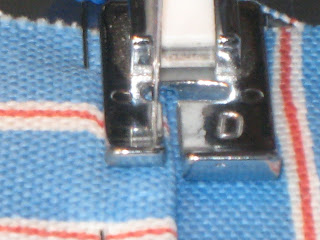 which works really well if one is stitching fabric of uneven height.  That was good.  The pattern, however, isn't.  I'm not sure if you can see this, 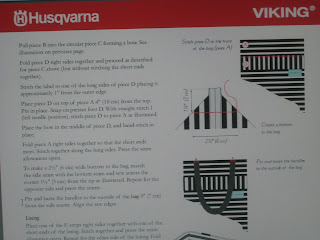 but right after having you fold the bag in half and sew the edges, it tells you to line up the bottom seam and side seam to make the bottom pleat.  Which, of course, 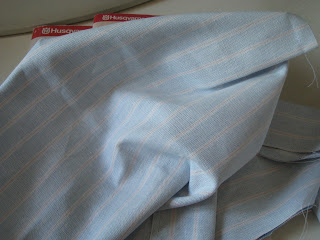 is a really stupid instruction in a bag that you have just created by FOLDING fabric.

Not to be outdone by a bad pattern, today I made every mistake I could think of.  First, I attached--and reinforced--the straps onto the inside instead of the outside: 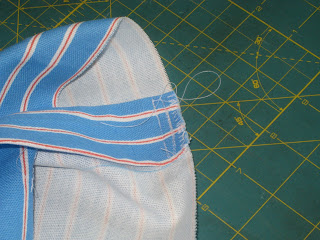 Then, rather than leaving the opening in the lining so the bag could be turned right side out, 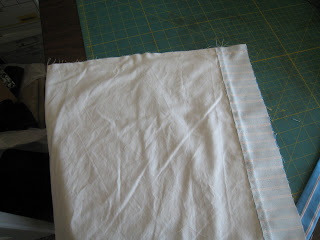 I sewed both edges completely and had to rip out several inches afterwords.  Really, anymore mistakes and the thing probably would have blown up.

Which is why there is 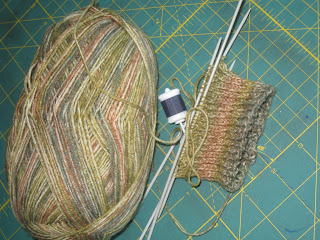