It Never Gets Any Better

Today I blocked my MS3. 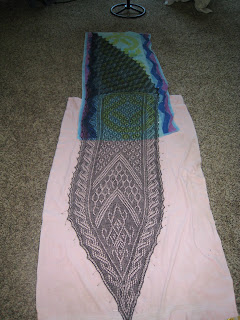 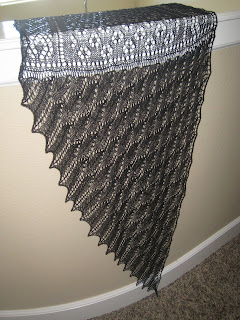 like the draping effect of the yarn (Skacel Merino lace), 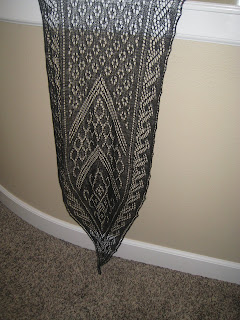 am thrilled that it's finished, 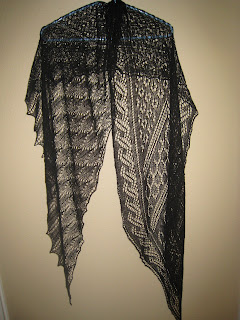 and still dislike the shawl.

I have knit much larger lace projects, but I have never knit anything that felt larger. It proves something that I should have realized long ago--don't knit patterns you don't like. Seems sort of self-obvious, but under the influence of yarn fumes, I forget this one pretty regularly. Still, I think I will have learned my lesson with asymmetrical shawls at least. I am not an "artistic interpretation" sort of lace knitter. I'm more of a "those-two-sides- of-the-shawl-darn-well-better-match" sort of lace knitter. Probably good to know for future reference, and in case I am tempted by "mystery knitting" projects in the future...

This weekend I started the beaded band for Fleur, 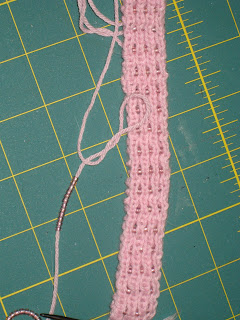 which now has me terribly excited about the whole project, and the right front was brought through the fussy stage and is making wonderful progress: 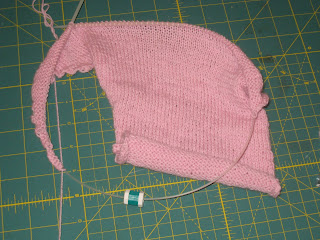 I am SUCH a sucker for beads!

The Kimono shawl got a little action over the weekend 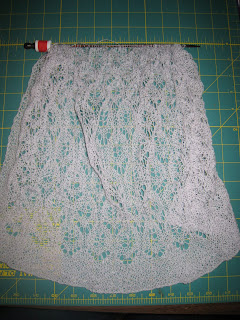 until I got sidetracked by the beads, but at least if it gets put back in the WIP bin for now, at least it's farther along than it was. I have warned the existing WIPs of the serious case of frogging that struck the bin earlier this year, and thus far they are all behaving themselves and have not developed any irreversible errors or large snags. When one has over 20 WIPs, one has to be careful to keep them in check lest they gang up on the unsuspecting knitter and stage a wool rebellion!

OK, this is what I think we have so far (Ravelry IDs in parenthesis):

Bringing us to a total of 26 WIPs finished so far. Have I missed anyone?
Posted by Toni at 1:39 PM 1 comment: