A Tiny Break From The Heat

So thanks to global warming, our summers which used to get maybe 1 day over 100 now rage at a consistent 99-105 degrees for all of July and August, which makes the lace merino travel knitting project 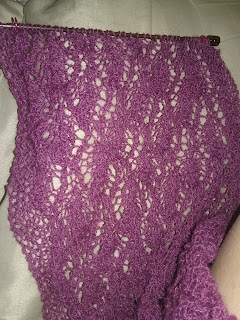 a spectacularly poor choice.  Today we're getting a tiny break from the heat--all the way down to 86--but will be back to 101 shortly.  Luckily, we took the escalating heat into consideration when we moved, so our house has lots of trees and shade, so it's easier than at the old house.  We're close enough to the water table that our trees are SUPER healthy, and I can have shade plants, like my new hellebores, 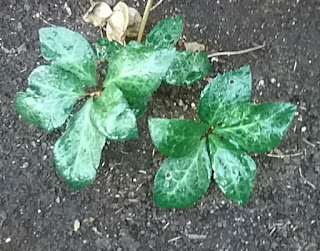 which even have nice leaves in the worst of the summer.  Theoretically, they will flower in January or February, but we have such strange winters, that could vary.  But it's something not being baked into oblivion by extreme heat.  Yay!

Venus is becoming my most dedicated sewing companion, 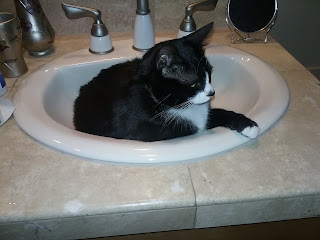 but when she's too hot, sinks are good too.  At first I wasn't sure it was a good thing to have acquired 2 more sinks with the house, but as the kittens like to drink out of one, sleep in another, the additional sinks give Andy and I a shot at one of them now and then.

We have now been in the new house an entire year!  We've graduated from "Which box might that be in?" to "Where did we put that?" and the rousing follow-up game, "Rats, did we give that away?"  Who says adults don't know how to play games?

Our mail forwarding order has now expired, but not before this found me: 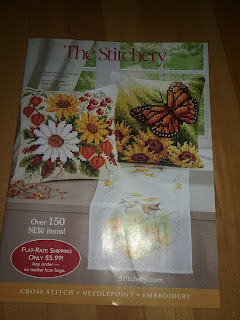 I kind of/sort of/barely cross stitch, but I did order a gift from them for a friend when I lived at my first house.  Once--that's it--and not even for myself, but these folks have tracked me through 3 moves and a post office box when we were in the transition between selling my house and buying another while I lived with Andy.  I guess when you find someone with the optimism to buy a kit containing thousands and thousands of wee little squares to cover with thin thread, you hang onto them for dear life.