Keeping Myself Out of Trouble

I'd be lying if I said there wasn't a wee bit of self-pity going on in the last couple weeks and while I have had a double-dose of kitty therapy, 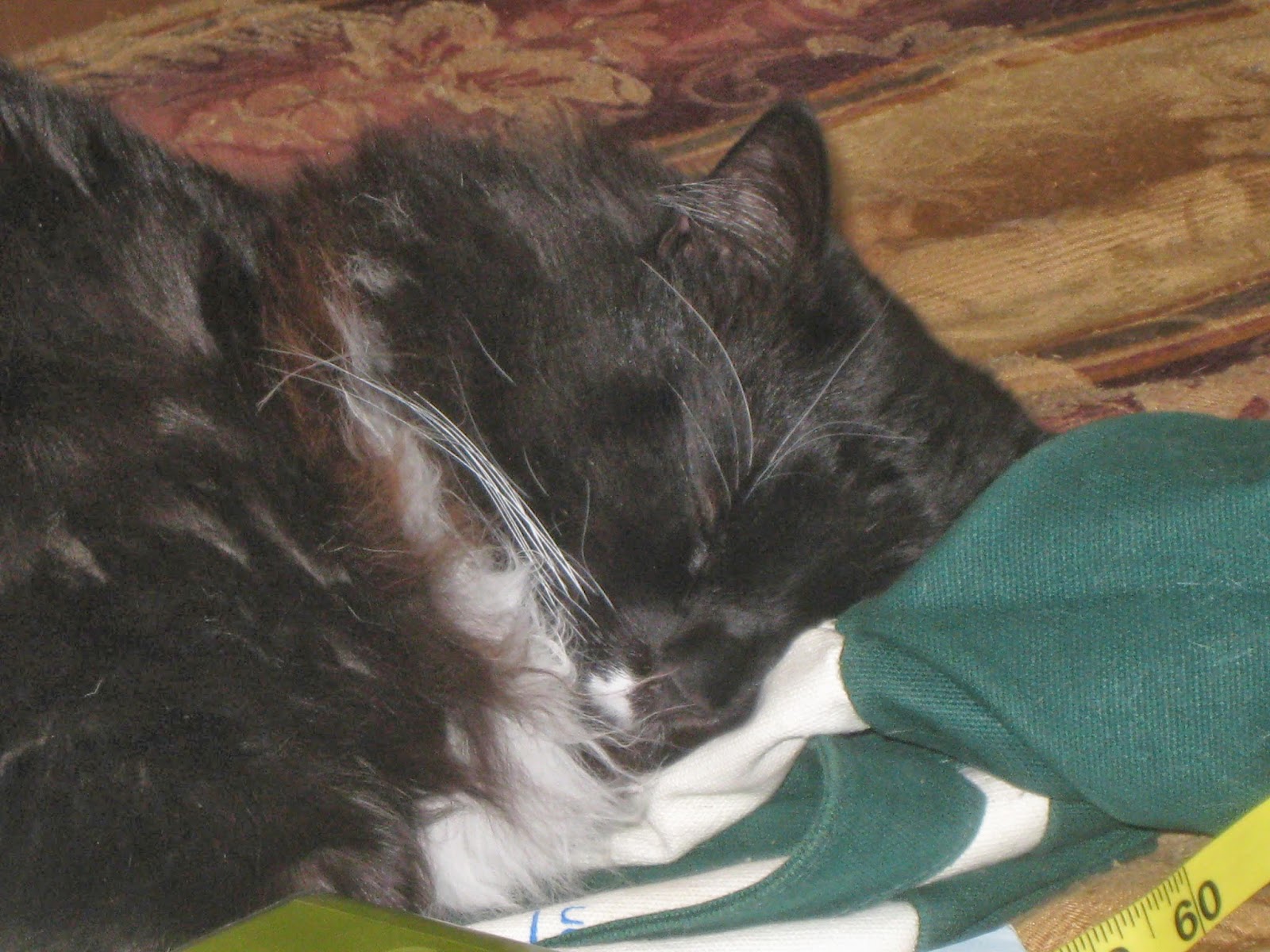 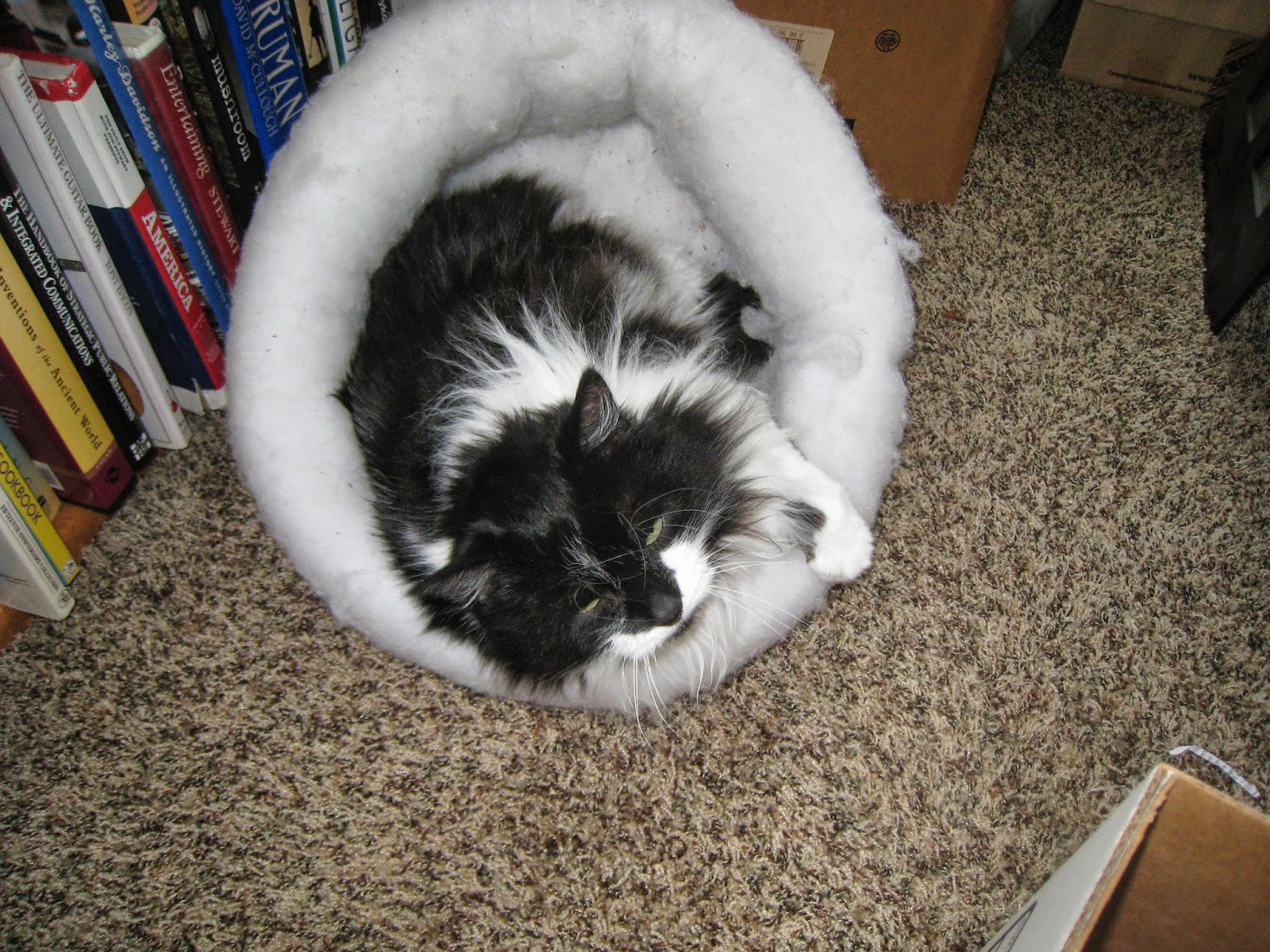 it's hard not to get depressed when I have set-backs with my hip/back.  This has gone on for SOOOOOOOOOOOO long and so thoroughly dominated my life that any hint that it might not be ending as quickly as I hope is hard to cope with.  When I can get out and walk (which can include moderate hills now in my 3.5 miles), it keeps me going.  But when my days shrink back to just our bedroom, it gets harder to find ways to distract myself.  I'm trying to avoid "retail therapy," but realizing I still have a few ups and downs ahead of me, I thought sometimes it might actually work.  In January I had noticed that Herrschner's had an Ornament of the Month Club, which is actually 4 ornaments in a month, and thought it would be fun to try and had planned to join it next January.  Well, next January I hope to be so flippin' active that I don't have time for any such thing, so I decided to subscribe now as a pick-me-up.  And let me tell you, 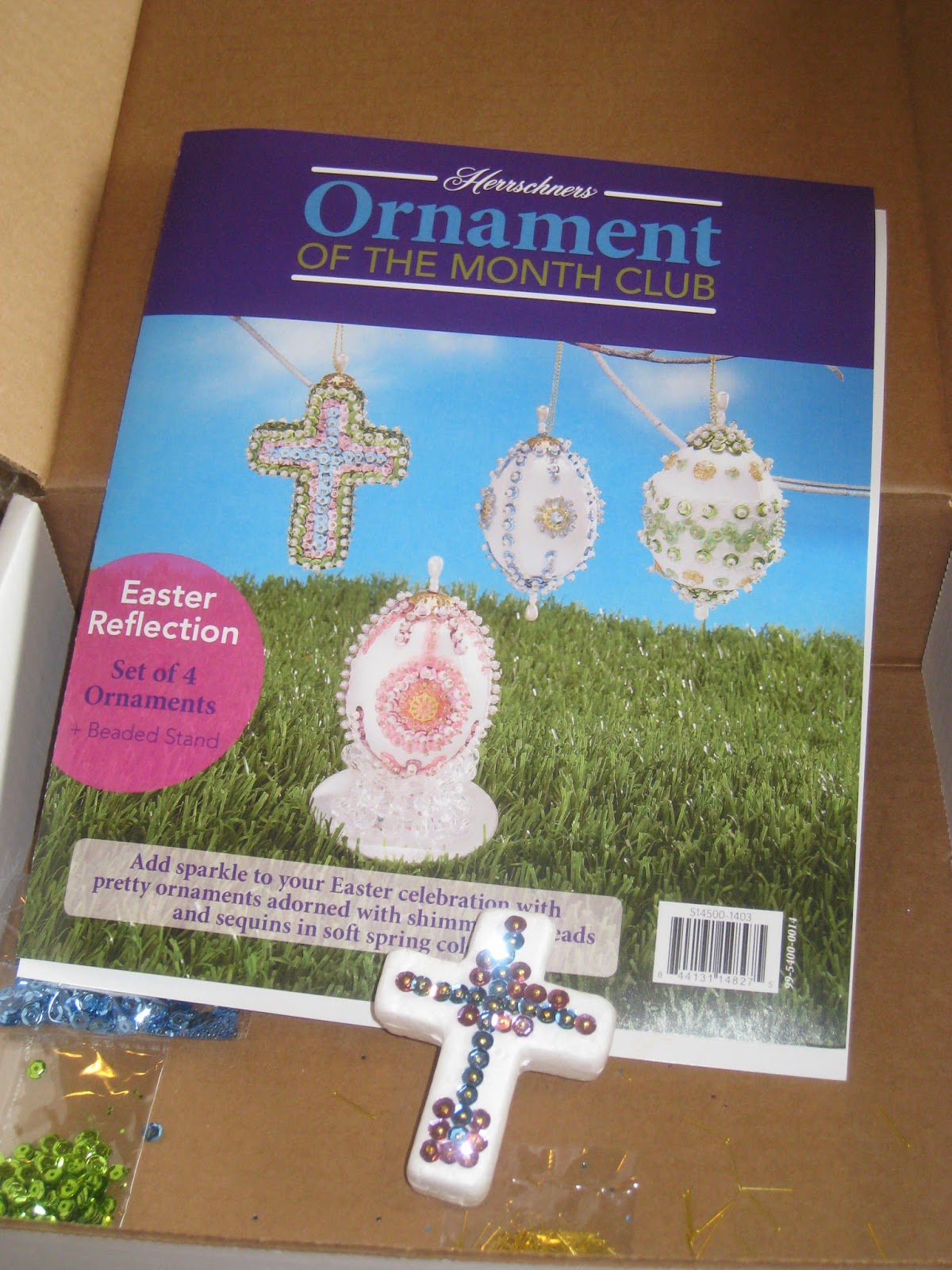 they are quick.  My first shipment arrived this week, and I've already started the first one: 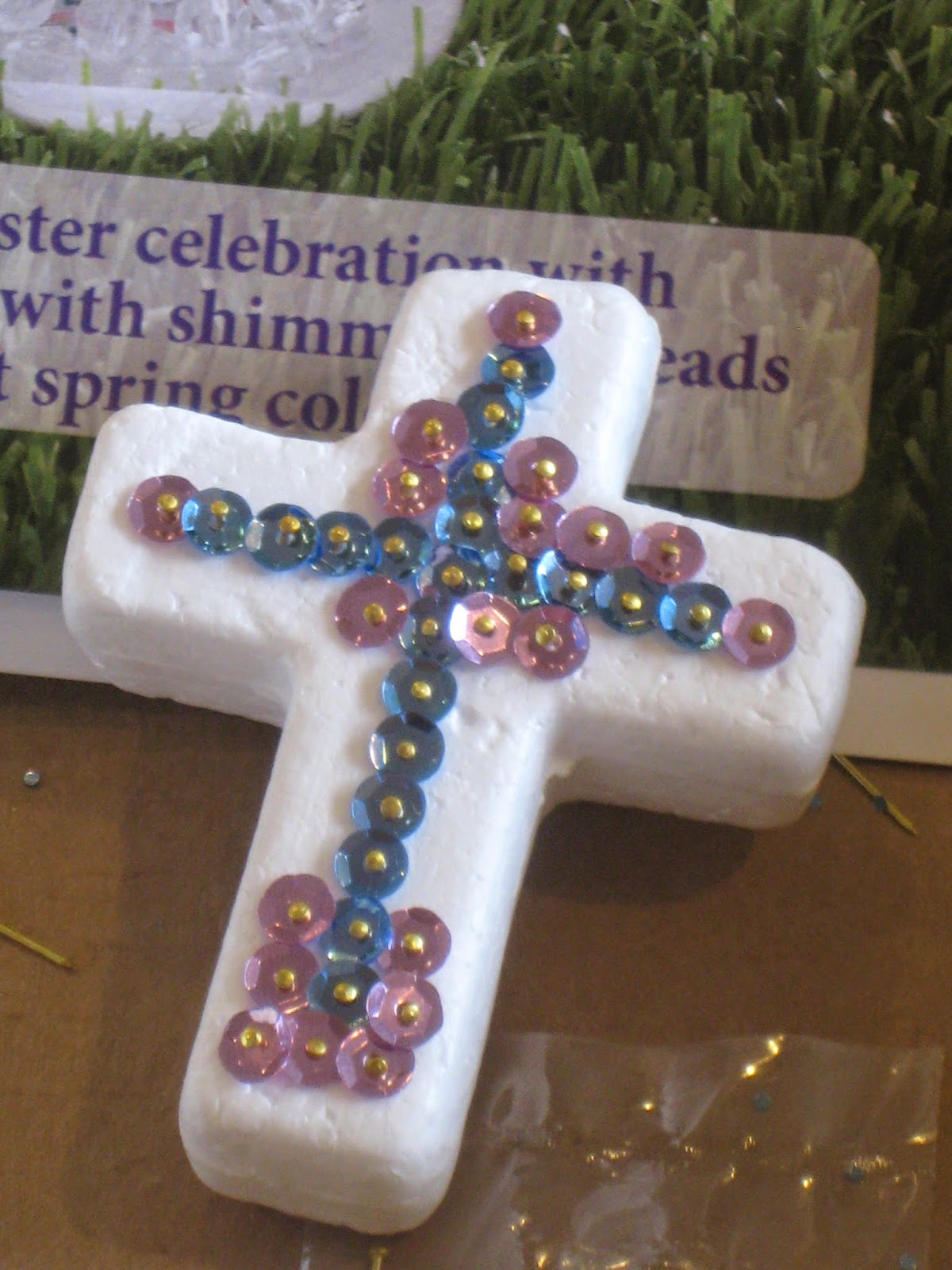 which is also the easiest one.  This one is a Styrofoam form, but the eggs are satin-covered since much of the eggs will be visible.  I've actually finished all the pink sequins since this picture and started on the green with beads.  I have to say, it's quite fun--it's just difficult enough to not be boring but not so difficult that I get frustrated OR can't do it while on pain meds.  Pretty good entertainment for $20 a month, I have to say.  Since I get 4 a month, I'm hoping to use them to bribe myself if I'm starting to get frustrated and dangerous.  When I get frustrated and angry, I push my back WAY too much, which does me no good whatsoever.  If I can stop myself from doing that while I'm getting more and more active, I can hopefully avoid any really big setbacks--like the back sprain last December.  The weird thing is, I can actually run now--I haven't been able to do that in 2.5 years without throwing my hip out.  I don't go running because it is still a spectacularly bad idea at this stage, but when I forget or when I have to run to get out of the way of a driver who believes pedestrians are merely targets (which is sort of an Idaho thing), I can do it without my hip going out.  That is HUGE.  I can twist my hip out, but it can't just pop out on it's own--that's a big thing.  I--of course--think it should be getting better faster than it is and have to stop and remind myself that I was almost immobile much of last year.  I was out FOUR nights last week.  FOUR--out of SEVEN.  I can't even remember when I could do last do that.  If I can just stay patient.........................