Last night we were meeting a friend for dinner at 7:30, so I was sewing like a madwoman to finish this 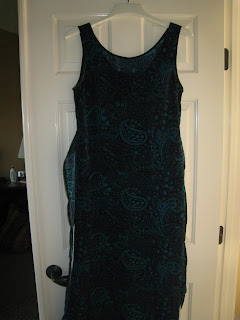 which is the FIFTH paisley piece from this 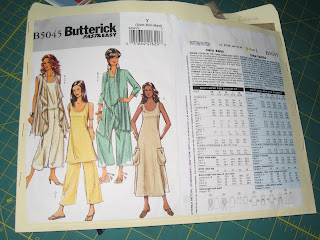 pattern.  I've made the dress (above), pants (complete with Joanns logo, 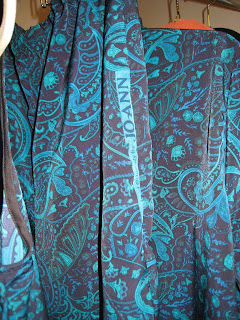 so they are now known as "house pants" and will eventually be joined by another pair of pants that won't be advertising anybody on my hips), jacket, 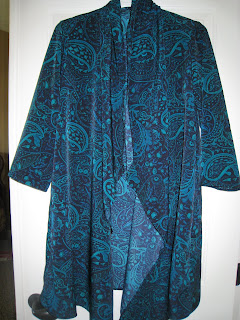 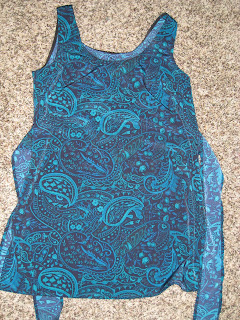 and sleeveless top--which looks exactly like the tunic but shorter and without the sash.  Later I'll add a black jacket of some sort and maybe some sort of black tunic, and will have a pretty complete ensemble, provided I don't get sick of paisley.

The vintage pattern is done as well, 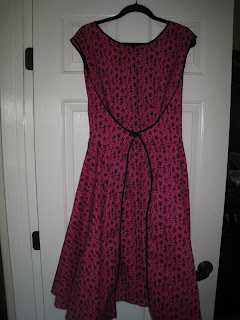 though I seem to have messed up the closures and need to figure out a way to close the piece that wraps around the back without the loop that I thought was to go on the front.  I'm thinking snaps, but I was so annoyed when I discovered my mistake that the dress is currently in the Project Protection Program and will only be fixed when I can look at it without wanting to shred the thing.