Last night I went to bed excited in the knowledge that I was 200+ stitches in to the final row before the armhole on the marathon sweater. 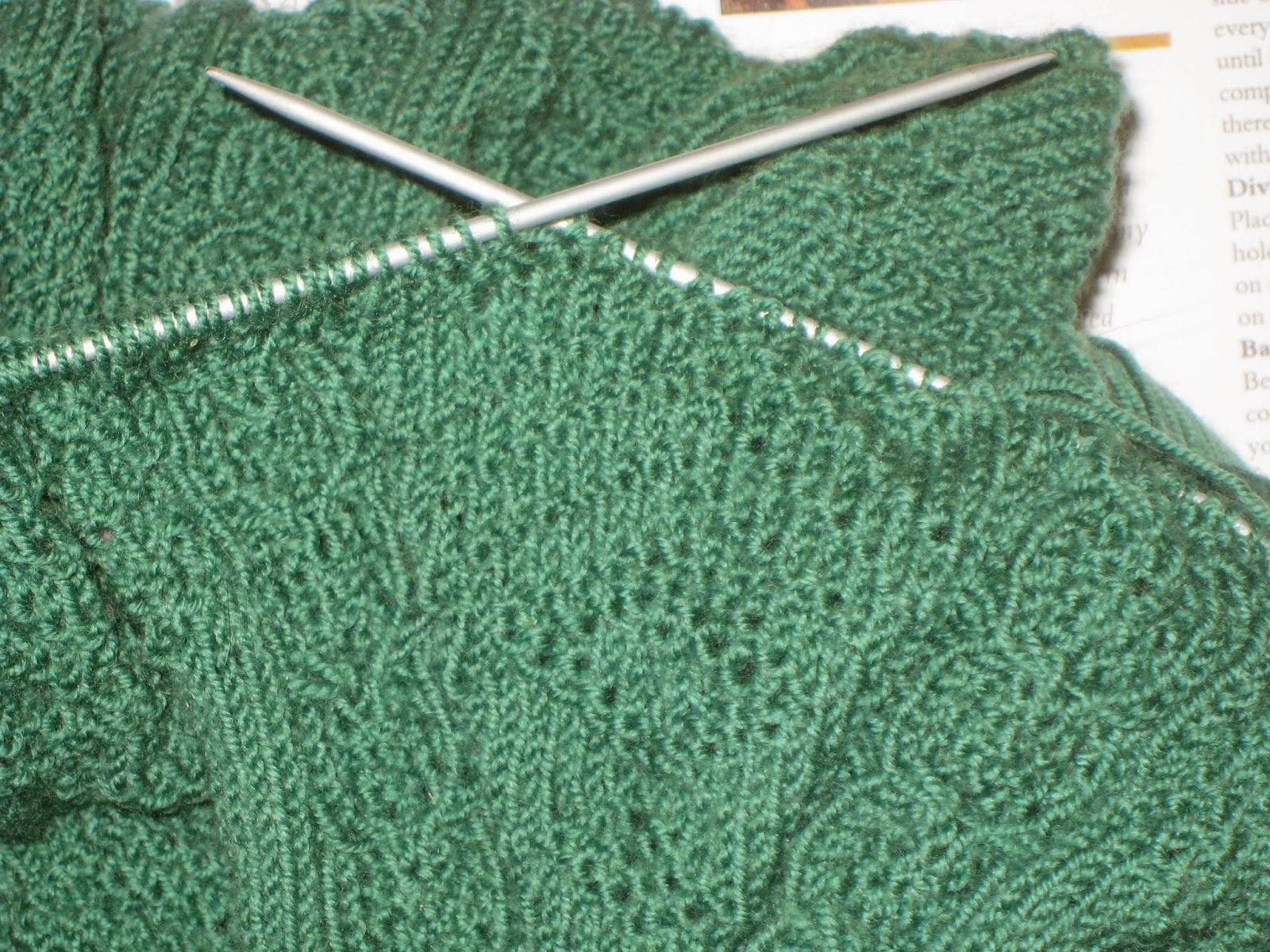 with a whole lot LESS excitement I am undoing those 200+ stitches because the instructions include the horrible phrase: Do not knit the final row of the gusset, which I am sure I read at some point but since I started this monster in September of 2012, I am obviously a bit fuzzy on the details--like why I thought this was a brilliant idea in the first place.  At least it didn't say "at the same time."  I have lost a lot of my knitterly goodwill to that phrase over the years--especially because the place one is most likely to find those words on any written knitting pattern is after a great deal of text explaining the previous step and most often on the next page to catch unwary knitters who have not learned to read ahead, which I believe is about 99% of us at one point or another.  It's moments like this that make me certain that the people who refer to knitting as "the new yoga" have never actually tried knitting or I am very, very wrong about my ideas of yoga.  Is swearing really involved in it?