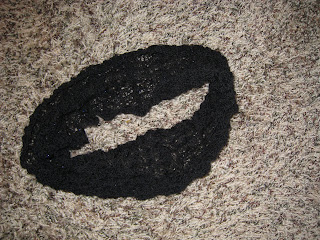 It is, however, not a mobius strip.  It is a cowl with a full twist in it.  Now, of course, that makes sense.  For it to have become a mobius strip, I would have needed to manage to have the top edge meet up with the bottom one when I joined them.  So.....I have a rather bizarre knitted object....which can't be blocked in the normal method.

Oops.  Time for a bit of ironing bit by bit 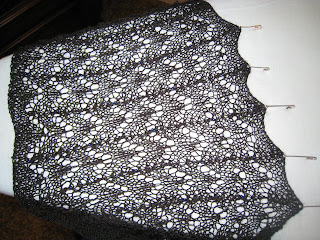 and the finished object: 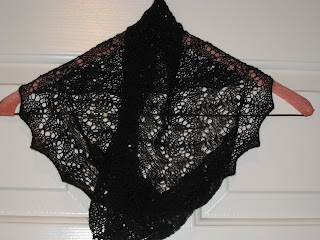 It's still rather pretty, and there are some purplish beads on it that just don't show up in pictures, but it isn't exactly what I had in mind.  BUT--the March Project of the Month is officially done!!!!

Not to waste any time, my sidekick and I moved on to the ostrich plumes scarf, 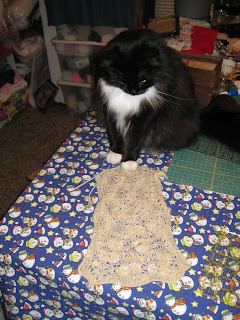 (some of us more literally than others) 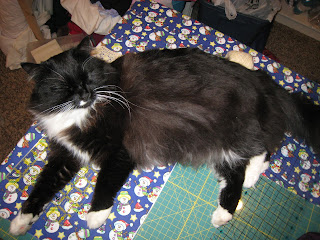 See that tiny bit of scarf sticking out by his ear?  Yeah--that would be the scarf I was going to work on.  He's such a helper.

Part of me really wants to pull out another project bag and dive in, but I think I'm going to make a couple more sets of coasters while the material is out.  Janet had a great suggestion about using a twin needle to stitch the ribbon down, which would be great.