Setting aside the wonderful idea of a big, 1100-yard monster lace project being finished, I just could face the mohair today.  So, in my moments available for crafting, I worked on the pillowcases, 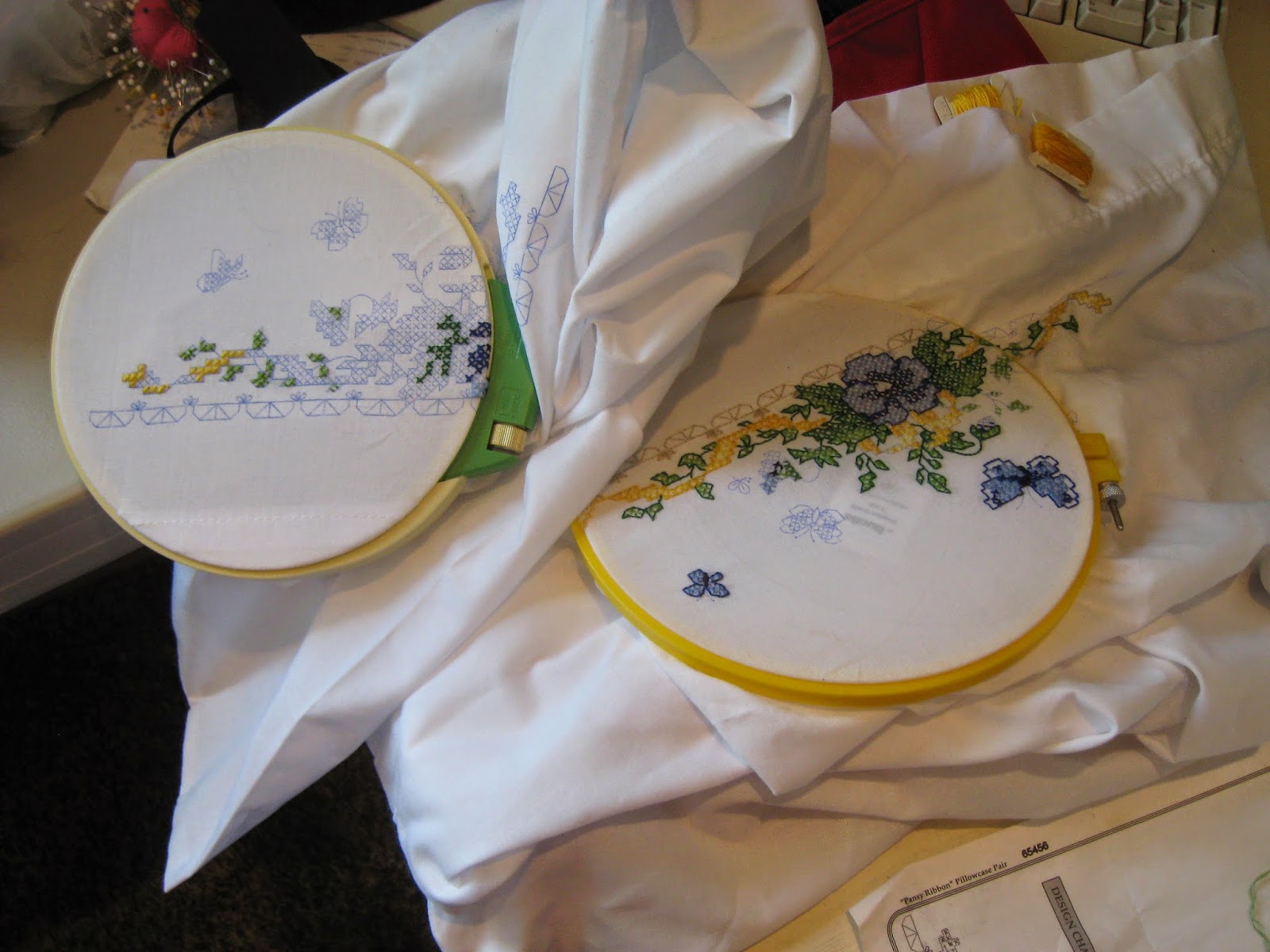 which, while sporting a wee bit of cat hair by now, are really mostly fuzz-free.  Because I found these in a bag a few years ago and don't actually remember when I bought them (two sets of them, by the way), there's a great feeling of satisfaction in working on these.  Stash is something one has and doesn't use, but when one does make things one has, one has just planned ahead.  Way, waaaaaaaaaaaaaaaaaaaaaaaaaaay ahead.....

In two weeks we are hosting a game night, and since we have been on SUCH a party-hosting hiatus, I decided to do a bit of decorating for this one, and today braved the glue gun for 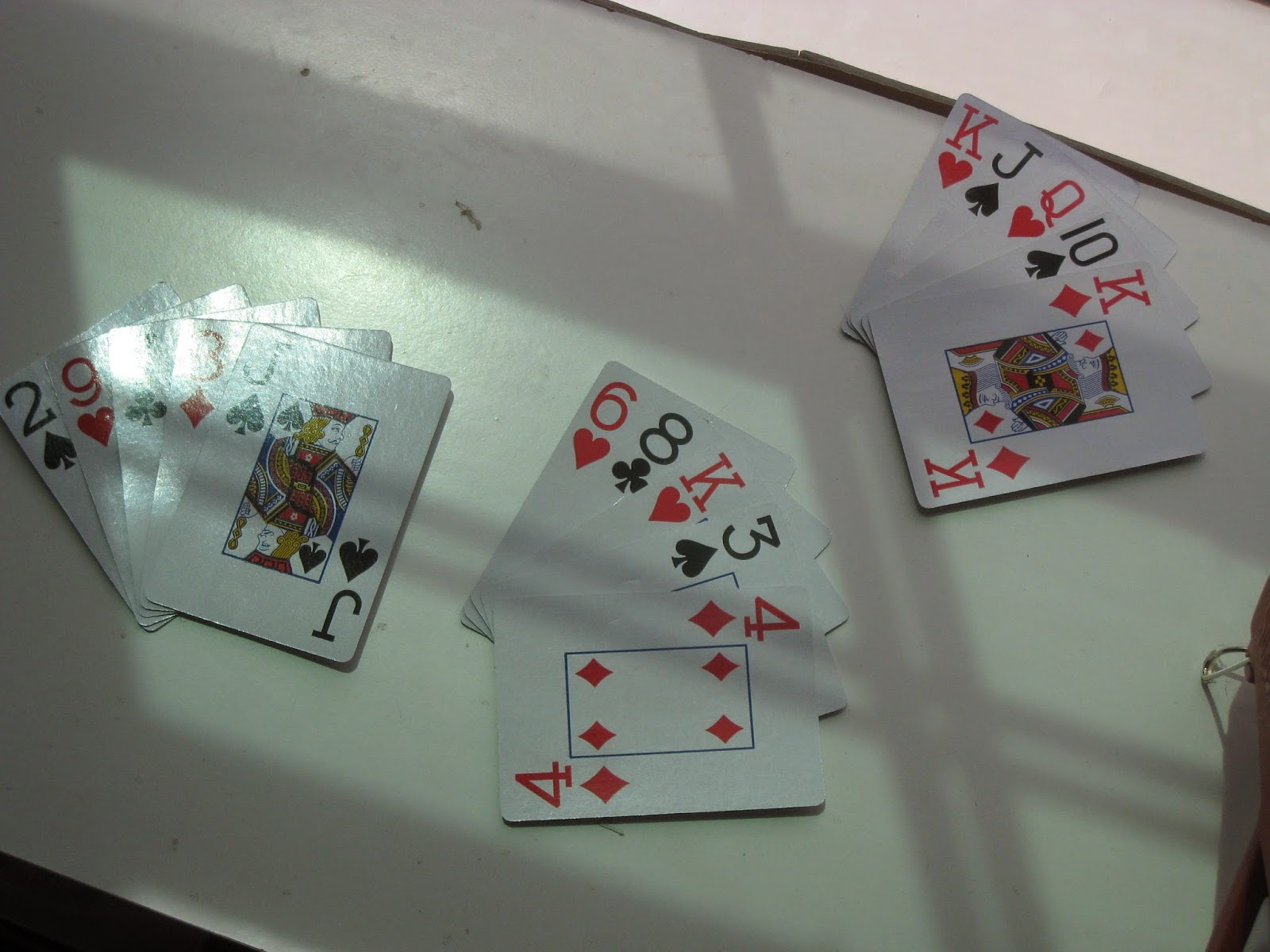 which turned out better than I thought.  I thought about using these as coasters for the party, but who uses coasters for plastic glasses on card tables?  We're not playing poker--I know it's popular, but I've never been much of a fan and as the hostess, I get to set the rules.  Cards are, however, great for decorations, so I've also made some card garlands, and 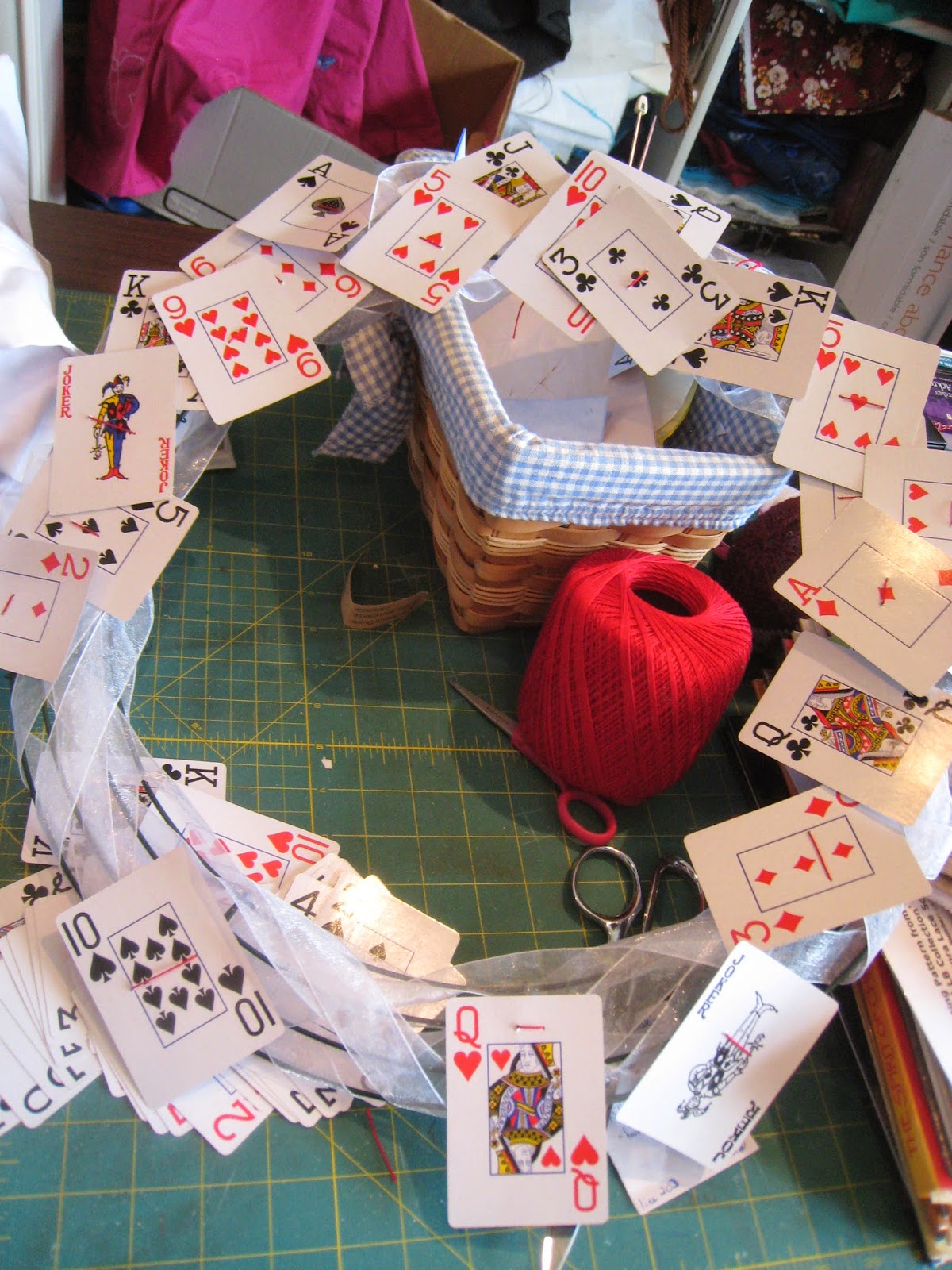 am working on a wreath.  I don't really want to mess up the frame, so I'm tying the cards on instead of gluing them, but it's working pretty well--and considering my luck with the glue gun, it might be faster this way--not to mention safer.  :)  Though if anything could send me BACK to mohair, it would be the glue gun..............