First "Project of the Month" Done!

This morning while Theo took one of his naps, I finished Ice Queen. 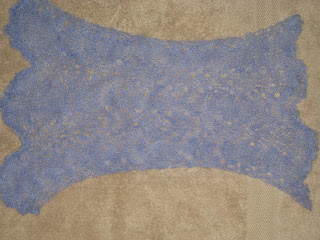 It's the first of the Project of the Month bags, and even though it's actually a fairly small project, I was afraid I'd be rushing to finish it on the last day of the month. Not that I don't like the pattern, but beading is a bit fussy, and the edging was very fussy, so it got a little tedious at times. I'd make it again--and in fact, I think there's another one in one of the remaining project bags--but it won't ever be a true favorite pattern. 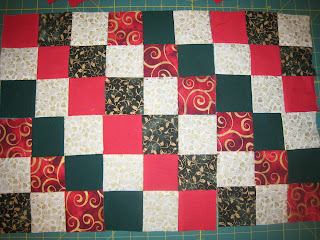 and I'd say it's okay. Not my favorite, but I wanted something fast that I could finish early in the year. Originally I was going to use a white solid along with the red and green solids, but once I had all the strips cut and laid out 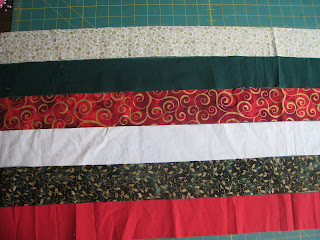 I thought the solid white made it look a little too much like an Italian restaurant. Not that that's a bad look or anything, but I was thinking a little more Santa and a little less Santa Lucia. So, I took out the solid white and substituted the patterned white, and now the color pattern really don't make that much sense

On the one hand, I was really proud of myself for using material from my quilting stash (didn't know that one existed, did you?). On the other hand, it's really frustrating to know that I have a certain yardage of material and there is no way to get any more of any of the prints. I can certainly see why crazy quilts became popular--probably cut down on alcoholism in quilters.

And in other shocking news, 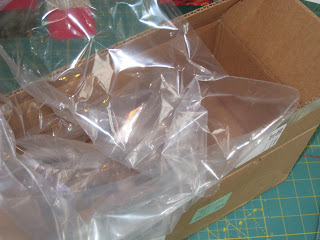 22 days after I placed the order, the box from Joanns.com finally arrived. My goodness. I hope all that dizzying speed didn't strain their resources or anything. 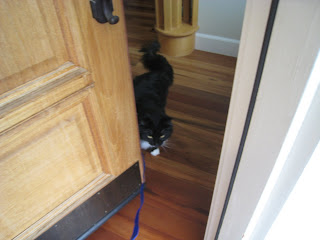 We tried the front yard on the leash today!

I think Theo found it a bit too embarrassing... 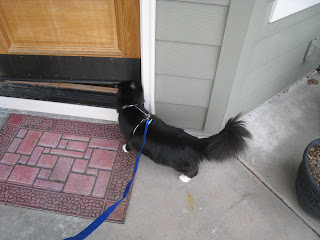 so we went back through the house and into the backyard, which was fine by me. I know quite a few of our neighbors and honestly wasn't too excited about being seen walking a cat on a leash. My friends know I have no real dignity of course, but I still have hopes of total strangers.......