I have still been on a sewing rampage--it's just taken me a little while to be able to talk about it.

First, let it be known that I love microsuede. I love wearing it, touching it, buying it (unfortunately)--love, love, LOVE it. It is, however, the very devil to sew with. This is microsuede. 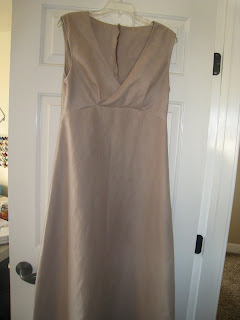 The pattern calls for a zipper. People brighter than I would stop right there saying "No, that's a bad combination." I, of course, plunged right ahead. 2 hours later--most of it filled with the sort of foul language that even makes the movie industry raise their collective eyebrows--and the dress has a working zipper. The seams are by no means perfect, the material doesn't exactly cover the entire zipper, and it doesn't look great, but I do think the odds of the zipper spontaneously falling off the dress are pretty low, so it is now in the washing machine for the final run-through.

Not having learned a darn thing, I decided that it would be a good idea to attempt some new challenges while in a state of high frustration, I moved on to this: 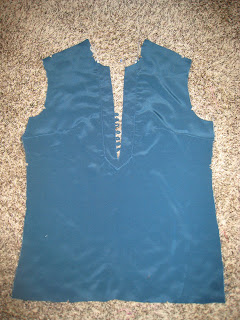 Eventually, it might be a silky tunic-type shirt. Or stuffing for a pillow if it keeps up the sort of behavior it was exhibiting last night.

I should know that I can only really handle one challenge at a time. I don't generally sew with silky fabrics--they slide around WAY too much for me to handle. But I love them and am foolish enough to keep buying them, so I decided to have another go. Fine, had that been the only challenge. However, you'll notice that instead of button holes, there are button loops. There is a reason that wedding dresses with 328 of those loops going up the back of the dress cost a fortune. It's to cover therapy for the seamstress.

Finally, I got the darn things cut, sewn, turned (which I'm still not ready to talk about), cut, pinned, basted, and finally sewn--thinking all the while that I was smart enough to have laid them out so that the seams wouldn't be visible: 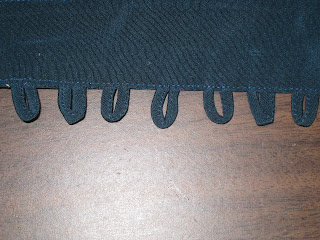 Yup, every last one of them is facing the front. I could have sworn that would turn out the other direction.

Theo could no longer watch the sewing carnage: 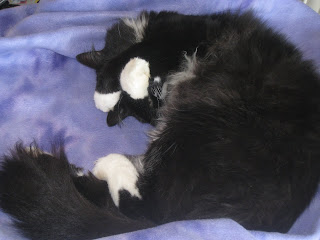 Finally, that horrible tunic has driven me to lengths nothing else has been able to do: 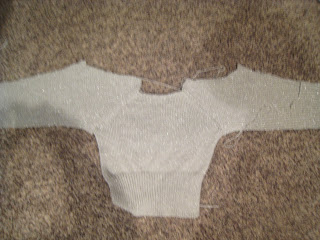 I finished the sleeves for Ruched Magic and have attached them to the back of the sweater, and now need to find the half-finished front that's lurking around here somewhere.

I'm trying to refrain, but I could really use some time with a nice, quiet sock right about now......