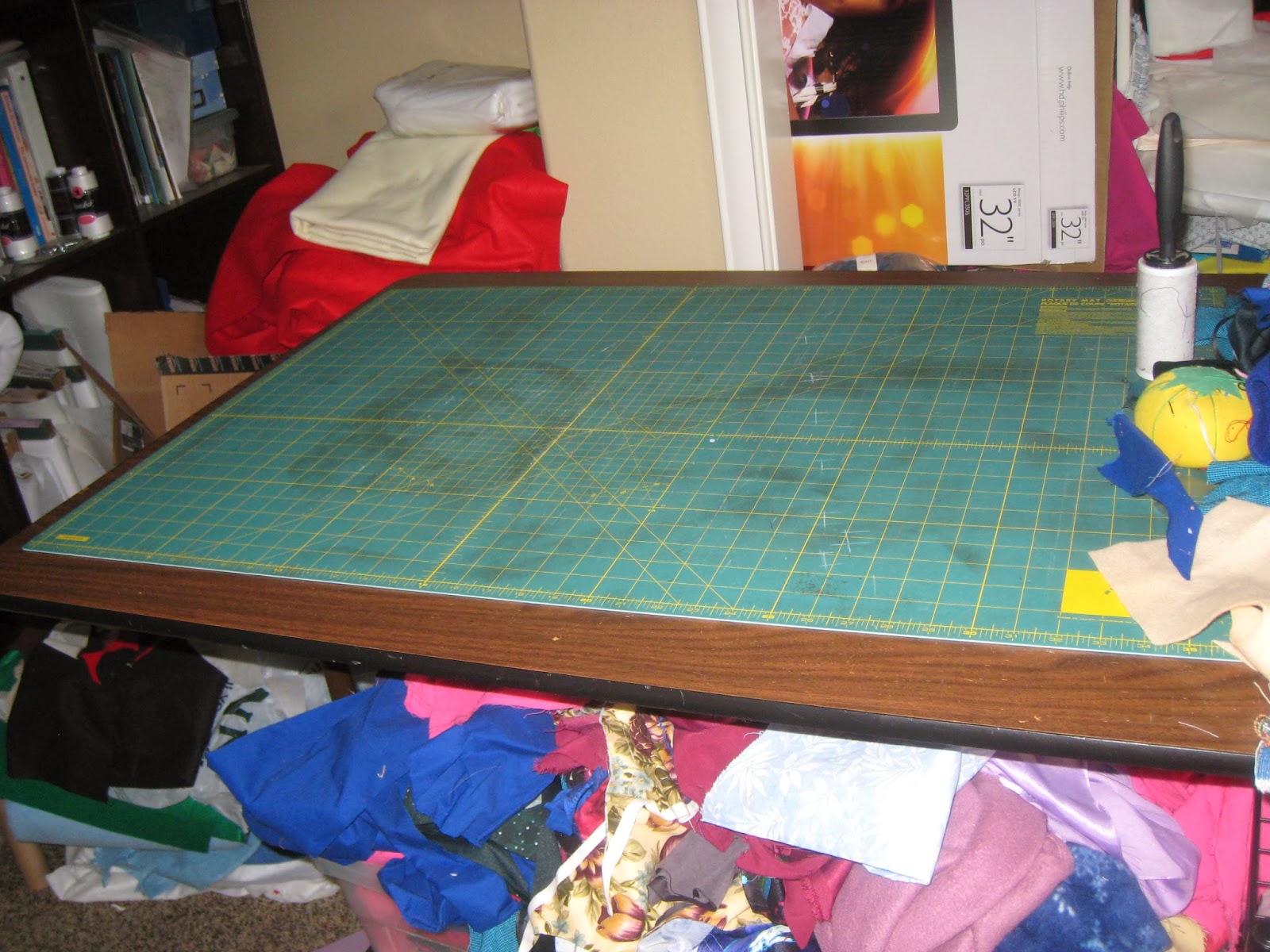 I have half a table free now!!!!  We celebrate small victories around here....especially when there aren't any large ones.

The bronchitis continues to hang on, so I have good and bad days still.  I have been working on my knitting WIPs, but I also started 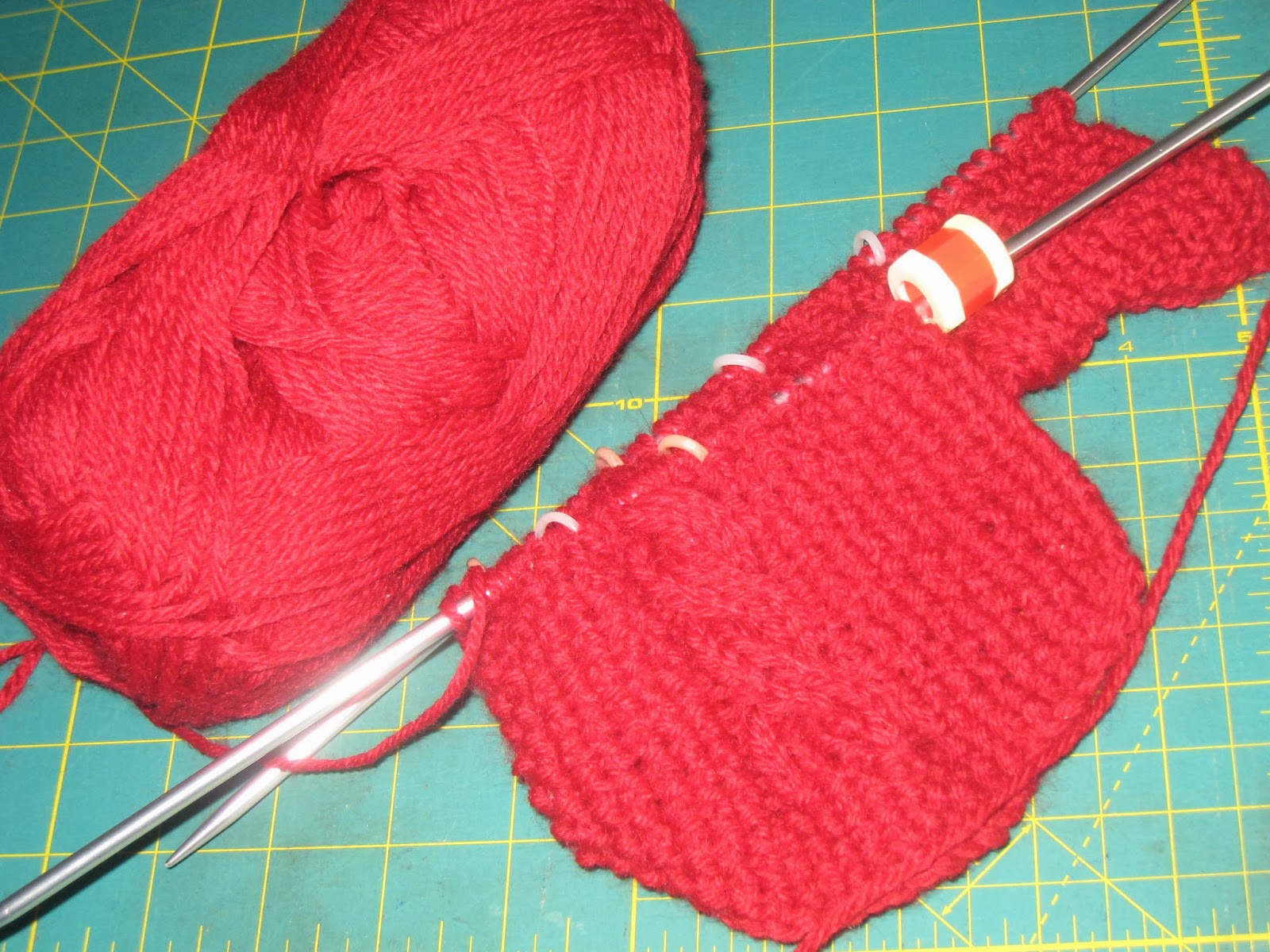 a toddler jacket for a young member of the family who didn't get a Christmas gift from us because I didn't get to it.  She's a distant connection, so we're outside the "mandatory" gift range and more in the "Gosh, wasn't that nice of them?" spot, which takes the pressure off.  I thought this would be a cute birthday gift, and in a size 3 I'm giving myself some wiggle room in case it needs to be a Christmas 2014 gift.  It can be hard to intersect children and knitting.

After so much knitting time, my hands get tired, so 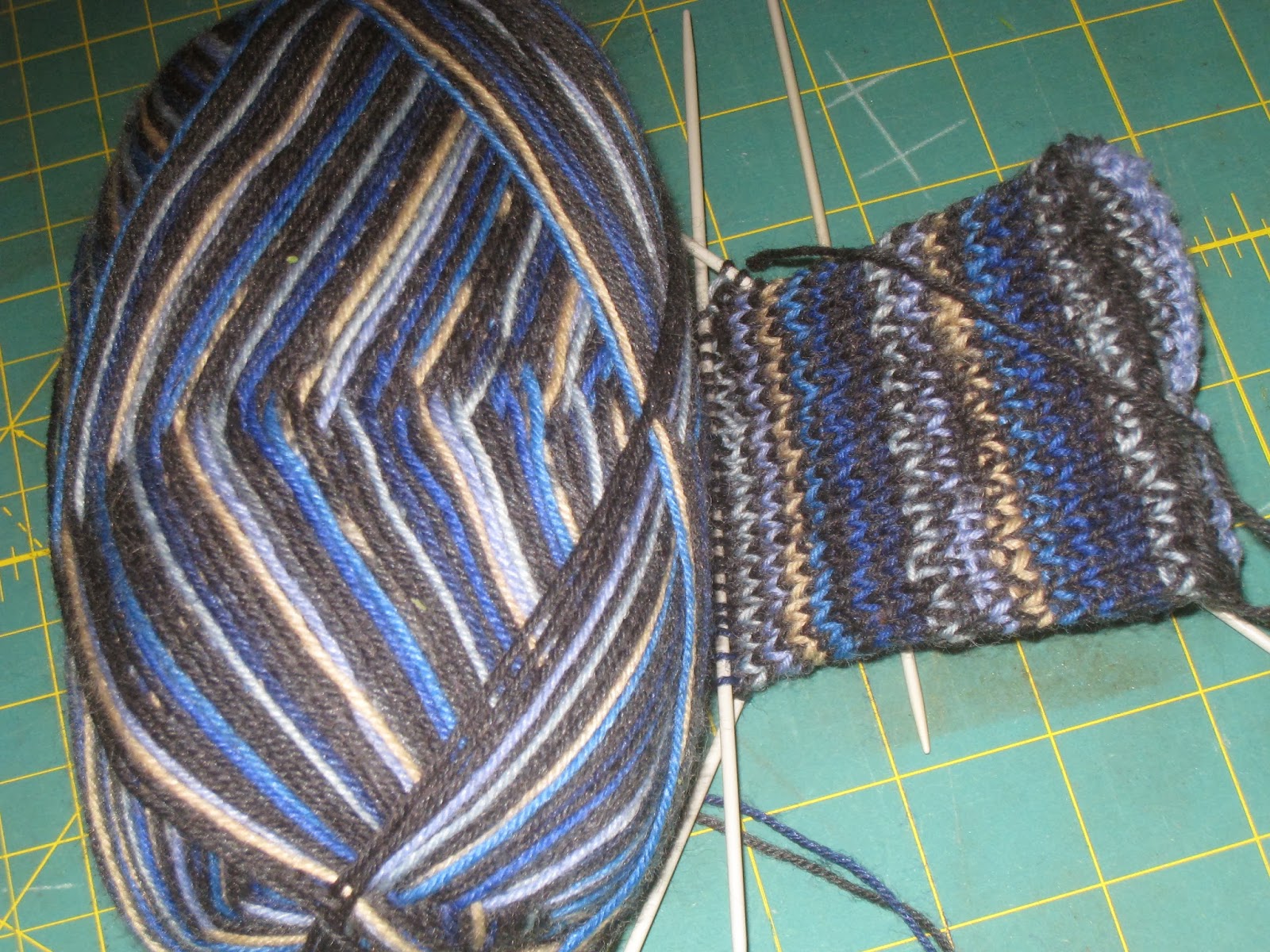 I have a new sock as well.  It's a simple pattern that I can do while reading, which is nice.  And, I am finally making something from this book, 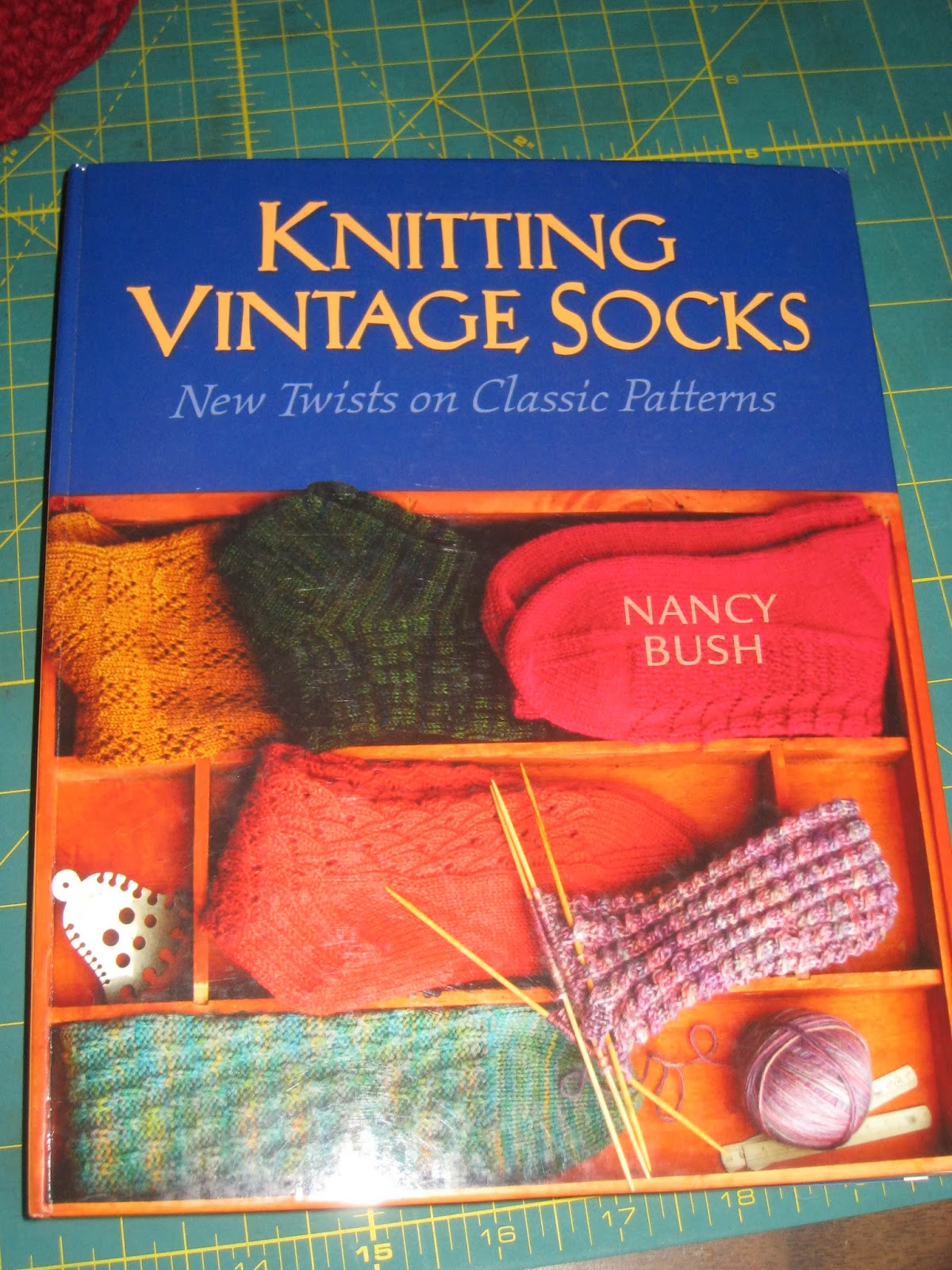 which I've had for years and have never used even once.  It's a perfectly nice book, but the author tends to favor size 0 needles and I tend to favor not doing anything even close to that crazy, so we've been at a bit of an impasse.  BUT, she does have 3 simple ribbed socks with different heel and toe variations on size 1 needles, and I'd like to learn them.  And, the yarn was purchased before Andy and I moved into this house, so I've had it for at least 8 years, so it's relatively deep stash--always fun to use.  And I've wanted a pair of socks from this yarn for at least 8 years, so that's an even bigger perk.  It's a Regia yarn, which always makes hard-wearing socks.  It's not the softest stuff, but I currently have one pair of socks that I keep wearing with my boots in the snow because I don't want to wear out my nice socks.  These will be able to handle my hiking boots just fine, which is all I wear in the winter.  I have never understood why women's winter boots are so ill-adapted to winter, but there is no way I'm venturing out on ice with anything but the toughest treads in my closet.  In college, we used to have running bets on which sorority girls would fall on their way to class in the winter as they were the only creatures foolish enough to tackle the snowy hills on campus with high heels.  I believe they had a dress code.....and probably have lots of back problems by now.  I'm sure there was a segment of the male population who appreciated their efforts to always look nice, but I ran with a more down-to-earth crowd that was into a little less maintenance and a lot more sense.  Able to participate in spontaneous snowball fights or snowman building probably didn't hurt either.........