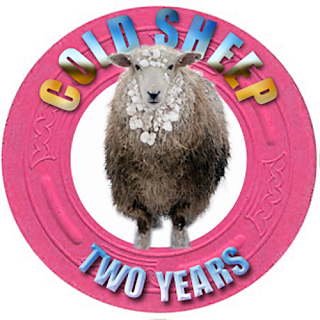 As of yesterday, it has been two years since I last bought yarn!  And as long as I remember the fun of having to move the entire stash, I think I can make it another 2 years....
Posted by Toni at 10:01 AM 3 comments:

Our house sale closes on the 24th.  There have been addendums back and forth for several weeks addressing the date and that we are paying for the unnecessary sump pump thing.  All of a sudden on MONDAY evening the buyers notified our realtor that they want the sump pump garbage DONE by the 24th--now less than 2 weeks away.  The contractor even specified in his proposal that he was booked 2 weeks out, but our buyers actually thought everyone would just drop everything because they decided at the last minute that this had to happen, and he couldn't do it.  We offered to move the closing to accommodate this new demand, knowing full well that they would lose their rate lock and rates have now gone up, but when you're dealing with people who live in the Fantasy Land, it isn't at all clear to them that just wanting something isn't going to make it happen, so our buyers had to decide which demand they were giving up--something I don't think they've had to do very often.  It took several DAYS, but the contractor can start on the 24th (totally inconvenient for US, of course, since it's the week we're moving, but WE don't get to be a factor in this), but won't finish until the 31st, and our buyers have had to take this as the best they were going to get.  Why would you want to have the previous owners supervising work that is supposed to benefit YOU, not them?  Honestly, after we submitted two cheaper and more ethical bids but they are gouging us for the most expensive and ridiculous option, why on earth would they want US supervising the work?  I was going to leave notes on where everything is and how to works stuff, but our buyers don't deserve that kind of consideration after this last stunt.  We just want to be free of them and never, ever hear from them or about them again. UGH.

Meanwhile, the people WE are buying the house from have been great, and have even hired house cleaners to come in after they move out.  A transaction between adults!!!!!!!!!!!!   And we needed someone to be nice to us right about now.

Inbetween all of THIS and packing, I'm still looking for a new job.  I had two interviews this week, and am hoping to hear back on a second interview with one of them this coming week.  None of the salespeople at my current job have been there more than a year, and if it weren't for a big commission check coming later this month, the top salesperson would have quit on Friday.  It's that bad.  So all things considered, packing has truly been the highlight of my week........