Guess what????  After all the scary back-and-forth and ups and downs of the last 5 weeks, they think Dad might get to go home tomorrow!!!!!!!!!

He's been in the hospital with good days and bad days ever since we readmitted him through the ER last Friday.  It's probable that all this could have been avoided had Blue Cross not decided to override a doctor's orders and move him out 2 weeks ago, but why should a little thing like patient health get in the way of the profits of the American health "care" system?  But, since he picked up a SECOND infection, they decided to change antibiotics, and the new one will allow him to be home and just have home health come in.  I'm still furious with the money-grubbing bastards of Blue Cross as this has been a very hard week on all of us, and in some ways has been the worst Dad has felt since the first week of this, but at least their despicable  behavior didn't cause any permanent damage--I think we're very lucky there.  We already know there are tons of lawsuits over their Let 'Em Die "True Blue" coverage, so hopefully they'll be stopped before they risk someone else's life. 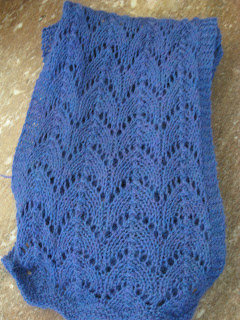 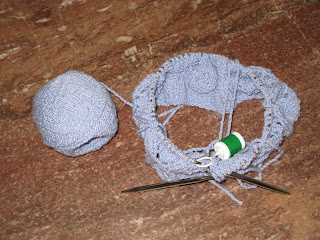 since a very depressing portion of the existing ones have already found homes.  I'm hoping it will help me focus just a bit, as the last 5 weeks have been extremely stressful and frightening--even the cats have been frightened: 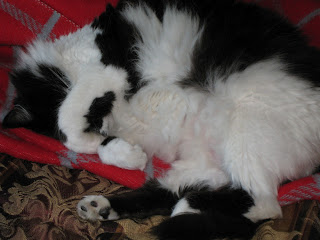 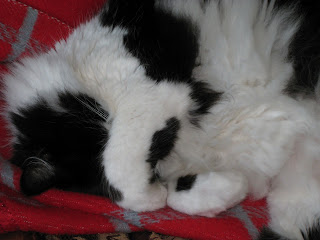