Tomorrow Will Be 3 Years on the Sheep! 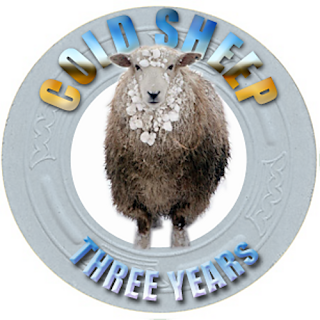 Tomorrow it will be 3 YEARS since I last bought yarn!  (And 45 days since I last bought fabric, in case anyone had any questions about "substitute stashing.")  Packing up all the yarn and moving it really helped with the motivation.  Unfortunately, during the last 3 years there hasn't been a great deal of knitting so the stash isn't a lot smaller, but at least it hasn't grown any.

Last year crafting lost out to moving, and this year it lost out to yardwork.  The house we bought has a lot of really lovely landscaping already done, but I still planted a crazy amount of new plants.  This is one of my new additions: 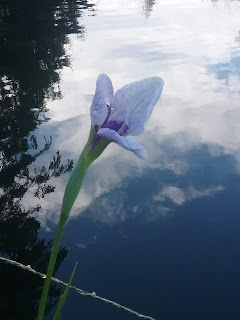 Our backyard at the old house was hot, windy, uneven and really badly landscaped, and really REALLY loud with both airport and freeway noise, so we are just loving the backyard.  It's super-hot here now, but we have lots of shade so we can be out there most evenings.

Yesterday I played in a charity golf tournament in 100-degree weather.  I haven't played golf in probably 15 years and didn't play much to begin with, and honestly didn't know what it might do to my hip.  The good news is, my hip is fine.  The bad news is, the rest of me is pretty stiff this morning.  Guess there aren't too many movements in life that resemble swinging a golf club.  I'm not a huge fan of golf--especially 18 holes--but it was a scramble, so we could play the best ball each time and I did contribute a few good shots and sunk a pretty decent putt, but I also missed the ball a few times and dug a few rather brilliant holes in their grass.  A friend of mine was in charge of it, so that's how I came to be involved.  It supports an organization that assists the developmentally disabled or challenged individuals, and I've done a tour of the facility and can whole-heartedly say they do a great job, so I'm glad I did it, though I'm not sure I'd play an afternoon tournament in July again....
Posted by Toni at 9:09 AM 2 comments:

While I had to go in to work Thursday morning, I was able to take Friday off and spent the day in the sewing room. With my sidekicks, 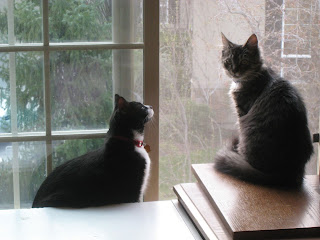 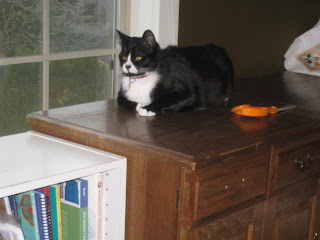 a sewing cabinet with electric lift 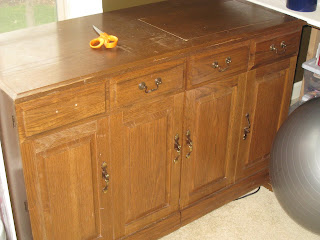 It's not pretty, but the lift mechanism alone was worth what I paid for it.  There's still a lot of organization left to do in the sewing room, and I hung these too low 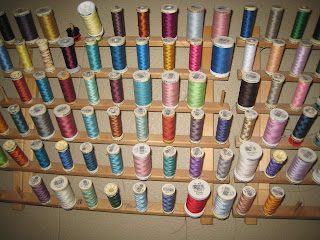 so I keep knocking thread off when moving sewing projects.  They're cheap little racks I found at Joann Fabrics, but the spindles are small enough that my bobbins can stay underneath their matching thread spool 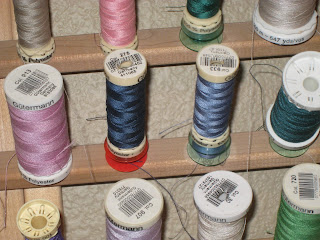 so they're the best organizational system I've found for thread.  BTW, don't ever pack thread racks with the assumption that they'll stay together--they won't, and it will be a large mess.  Just in case you were wondering.

My embroidery machine is having problems again, but it can do some designs without issue, so  I was able to make some dragonfly towels 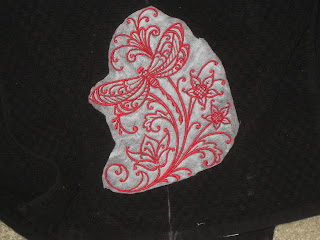 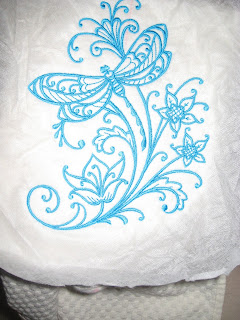 and I'm willing to count them each as a project for this year.  I'm still finishing things and filling up our gift bin, so it all counts.  I also finished the stippling on one of the poppy runners 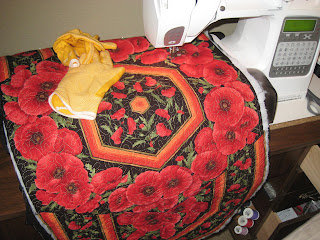 so it's ready for binding, but I took the opportunity of a vacation day to make this: 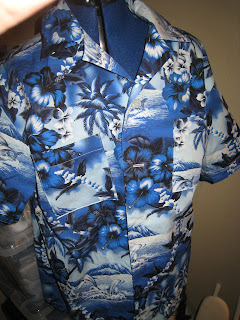 which is Andy's birthday present.  He had said he didn't really need any new shirts for a while, but when I found this fabric I just couldn't resist it and he loves it.  I'm not learning good lessons about rampant fabric purchasing, because yesterday I made this from fabric in my last purchase, 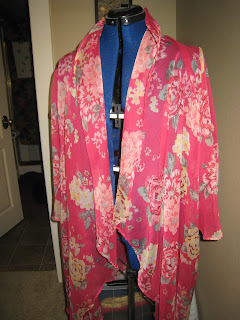 and love it.  It was clearance fabric, so it cost about $6 in fabric.  I keep reminding myself that fabric is only a bargain when I actually USE it....and have unsubscribed from all fabric sale emails just in case.  Ahem....

This morning I'm cutting out a second jacket from this, 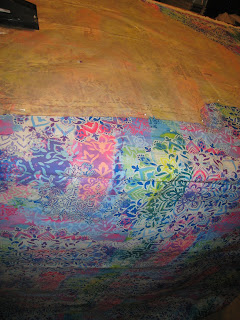 which was also purchased this year.  Did I mention the fabric-buying binge since we moved?  Yeah--I'm back on the fabric wagon for a while.  Probably a long while.  But I do get a big boost in yardage with this, 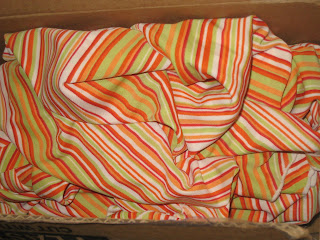 which is the horrible fabric DenverFabrics.com sent me instead of the fabric I ordered which they won't make right and which is now in the donation bin.  Someone might think it's attractive, right?

Today is supposed to be almost 100 and we won't see temperatures under 90 for the foreseeable future, so I won't be spending all my free time working on the yard and garden, so maybe I'll be able to make a small dent in the fabric stash this year--or at least in the new fabric stash.  Which does actually work out as the old fabric stash needs some organization before I can find anything easily.........

Billowing pant legs might not be the best idea around rambunctious kittens. 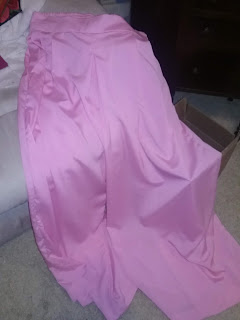 But I still love these pants. 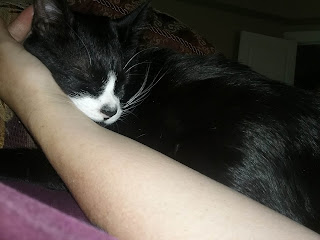 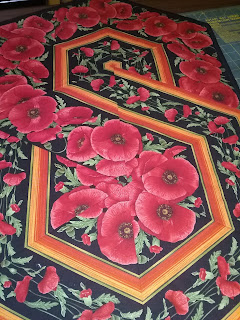 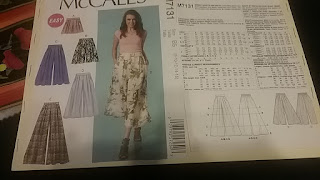