Prepare Yourselves For a Shock

Andy was gone this weekend, and since I couldn't spend the weekend sewing, I decided to sort through my sewing pattern stash and match up a few with fabric--you know, like I actually remembered what I bought material for in the first place........ 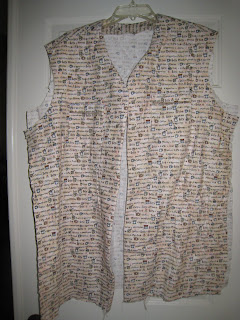 It was underneath several yards of green suiting, which has now been "assigned" to Andy's next Halloween Costume...... 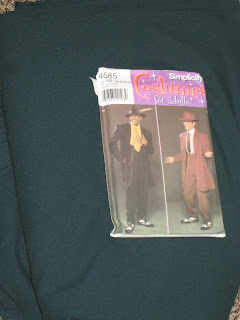 A Zoot Suit!  I told him not to hope for the costume to be done by this Halloween, but since he's been waiting for a PJ top for 2 1/2 years, I doubt he was really expecting speed.

With my two helpers ever-present, 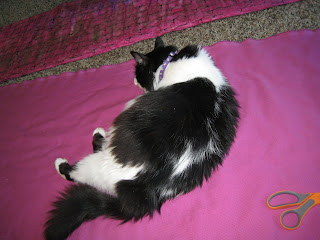 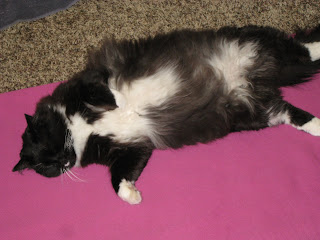 I sorted patterns, washed and ironed fabrics, and now have 19 new sewing projects bagged and ready: 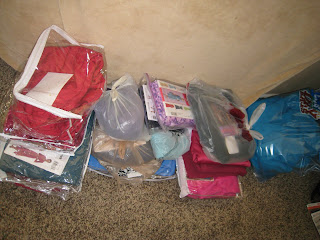 And TWO more are actually cut out 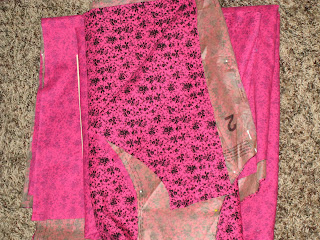 (though only one photographed, apparently) and waiting for the return of Jeeves--though I'm not holding my breath.  No word from the repair shop, and since last time he came back with about twice as many problems as he went in with, there is a possibility he will come back not working at all.  Let's hope not.....

There was also a fair bit of knitting... 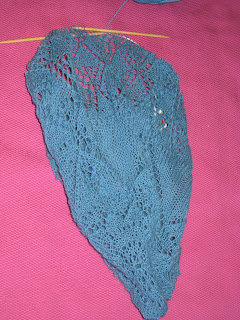 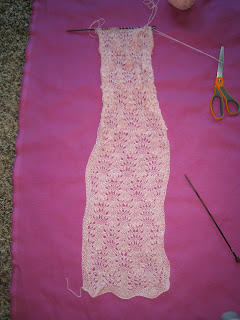 and you'll have to ask Blogger how I got them to appear side-by-side like that, as I don't have the faintest idea.  The beaded Ostrich Plume is now doubled in size, and the Pi shawl has progressed enough to be a nice little pocket to hold its own yarn--always a perk for a portable knitting project.  I'm getting close to finishing the 48-row section, and will be needing to pick out the next stitch pattern very soon.  I'm thinking something with a leaf motif, then maybe a leaf-type of border.  If I can at least get ONE of them finished by the end of the month, that would help.  Of course, if would help to stay away from lace entirely this year....but when have I ever been known to exercise common sense.  Hello!  20 sewing projects...........................