Well, it's almost been a week.  Where the heck have I been?  I think mostly gardening, followed by exercising, followed in the last couple days by being sick.  Part of me doesn't actually mind the occasional sick day--a guilt-free day of knitting and movies once in a while is a pretty nice break.  But yesterday I didn't even feel good enough to knit (gasp!), which obviously totally unnerved Andy.  I don't think he'd ever heard me say that before.  I still don't feel great, but I hope that scary non-knitting stuff is over.

I did finish the 4th ornament, 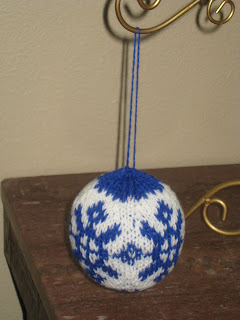 and was so excited with it that I immediately cast on ornament number 5: 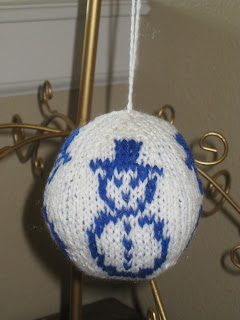 which was GOING to be blue with a white snowman, standing on a snow-covered ground, only when I got to the chart with the snowman, I was so used to the "x" meaning color that I mucked it up and got a blue snowman instead.   He's cute, but he's not exactly what the pattern called for.  Oh well, he's finished.

Deciding I was going to get this blue ornament thing straightened out, I immediately cast on the next ornament.  The one problem with motivation is that it doesn't always last as long as the project does.  In fact, 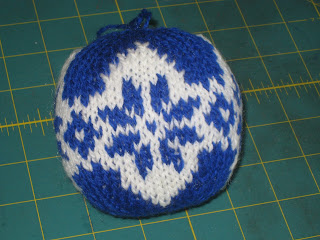 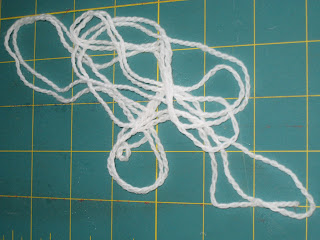 this is what is finally left of a 231-yard ball.  That makes this 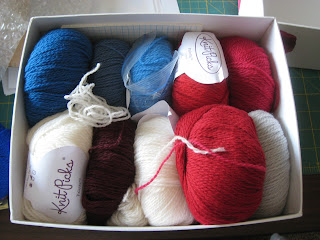 a bit more daunting.  The good news, of course, is that I can make these ornaments for years without needing to find new yarn, as I'm no longer willing to order from Knit Picks.

I did some cleaning last week, and finally got a space cleared for this: 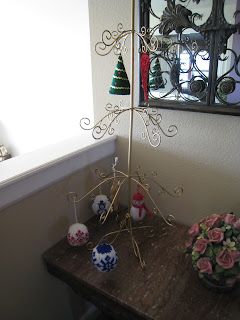 A friend of mine sent it to me for Christmas in preparation for my mad ornament experiment, and I was trying to get a space cleared for it in the sewing room, but finally decided this would do just as well, as it's right outside the sewing room.  Isn't that just the cutest thing ever?  I'm hoping it will help keep me motivated.  Today is the 143rd day of the year, and I have now made 145 ornaments, so I'm still slightly ahead and almost 40% done.  Which of course leaves a little over 60% to go.  Oh my--where do I come up with these crazy goals?