And in the washing machine now, so no updated picture.  I haven't picked out buttons yet--I might wait until I'm off cold medication for that.  I came down with the mandatory I've-been-on-an-airplane cold on Thursday, so there was no Finishing Friday here.  More of a nyquil-induced-napping-Friday, which just isn't as catchy.  I did feel good enough to do some knitting, 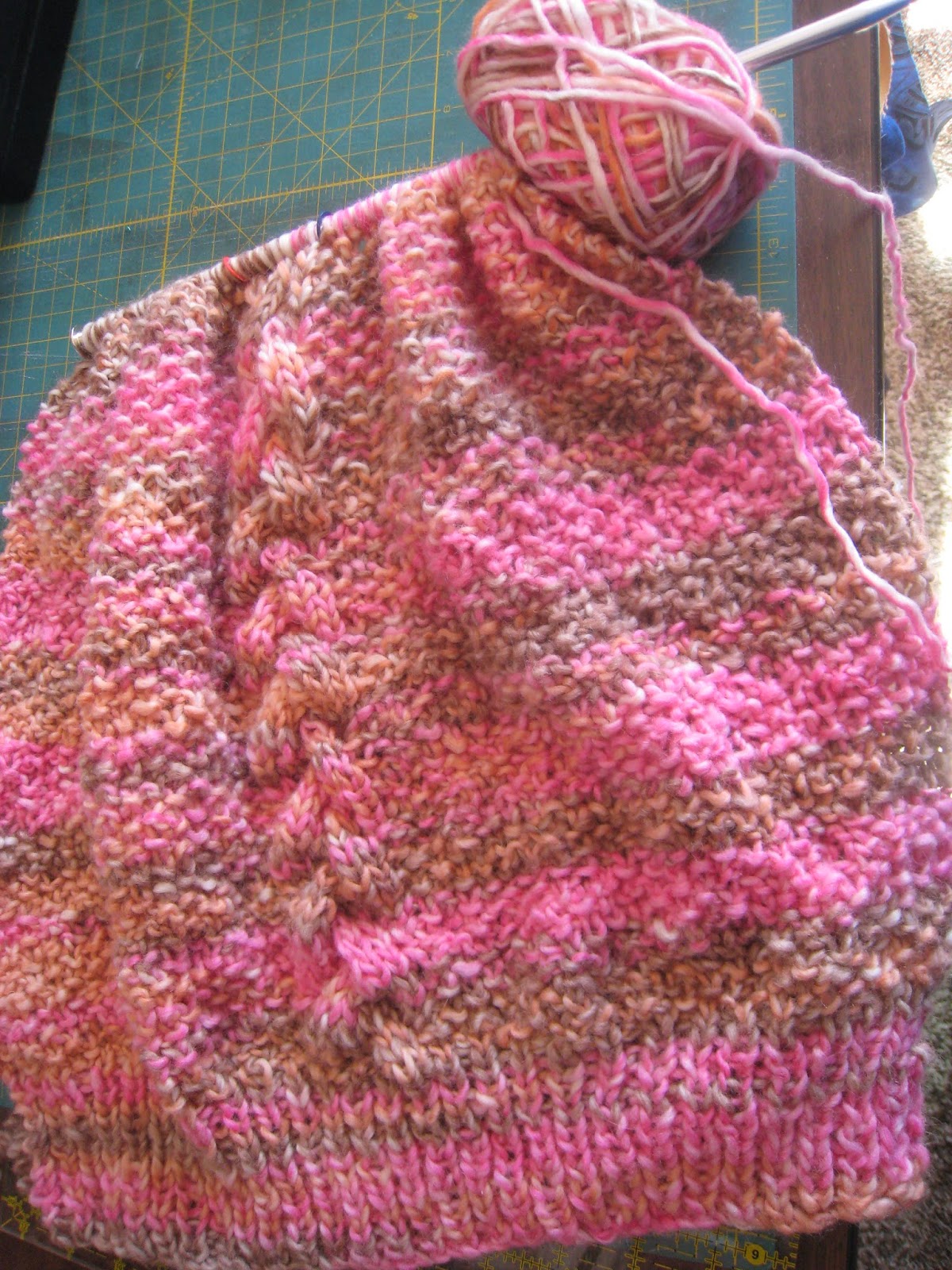 and am now to the neck divide of the front of the Mad Dash sweater.  I'm also into the edging of the Begonia Swirl shawl, but it pretty much still looks like just a noodly yellow mess, so no picture.  Ideally, I'd be working entirely on the sweater as it's on big needles and with bulky-weight yarn and could free up a lot more space in the sewing room, but spring has officially moved in to Idaho, and 65 degree days does not really make one reach for the wool........

I'm up and around a bit more today, so after finishing the buttonholes, I sewed the final (I think) 3 blocks for the red and white table runners, 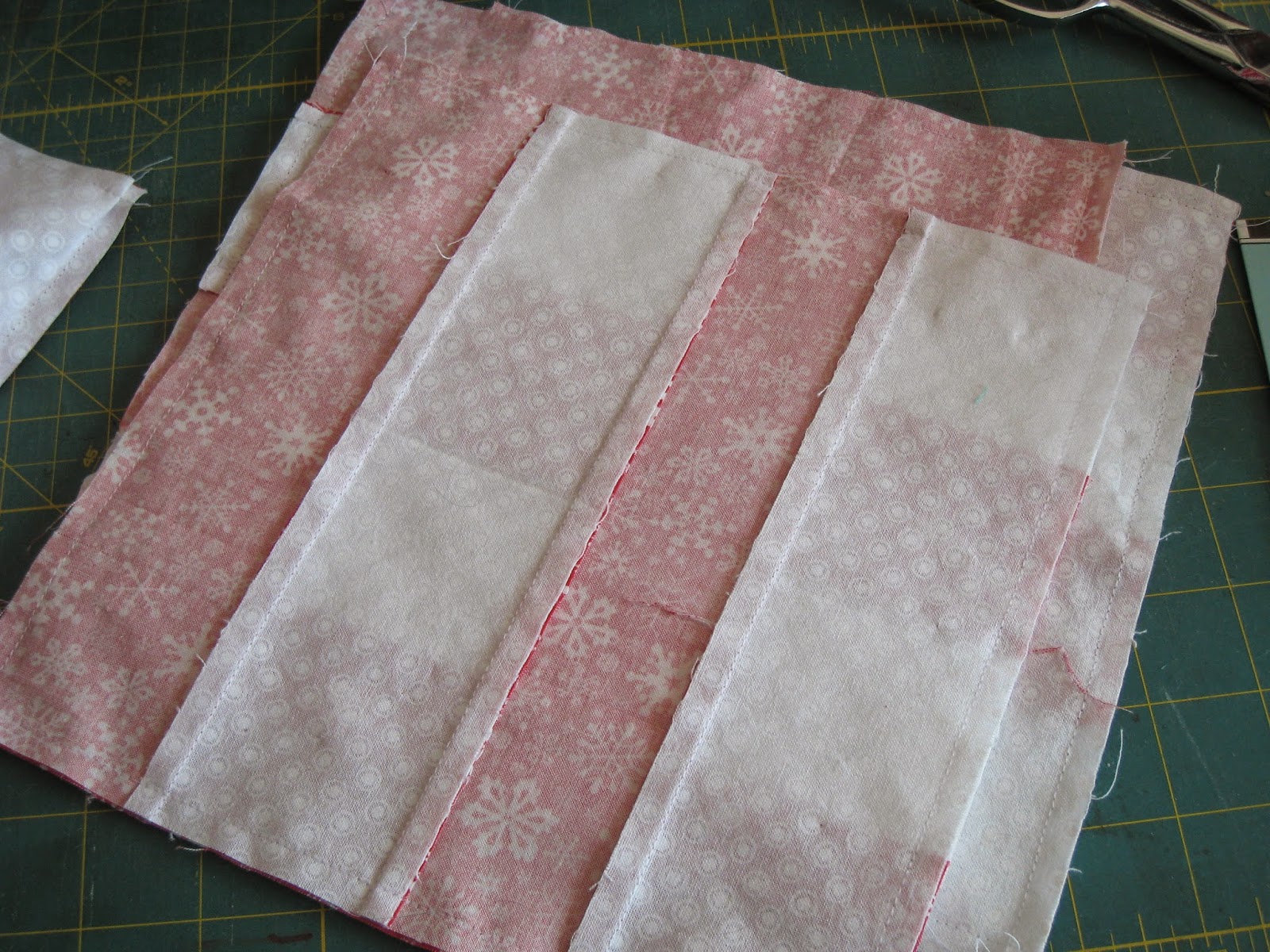 as well as completing the sewing on four new kimono ornaments, 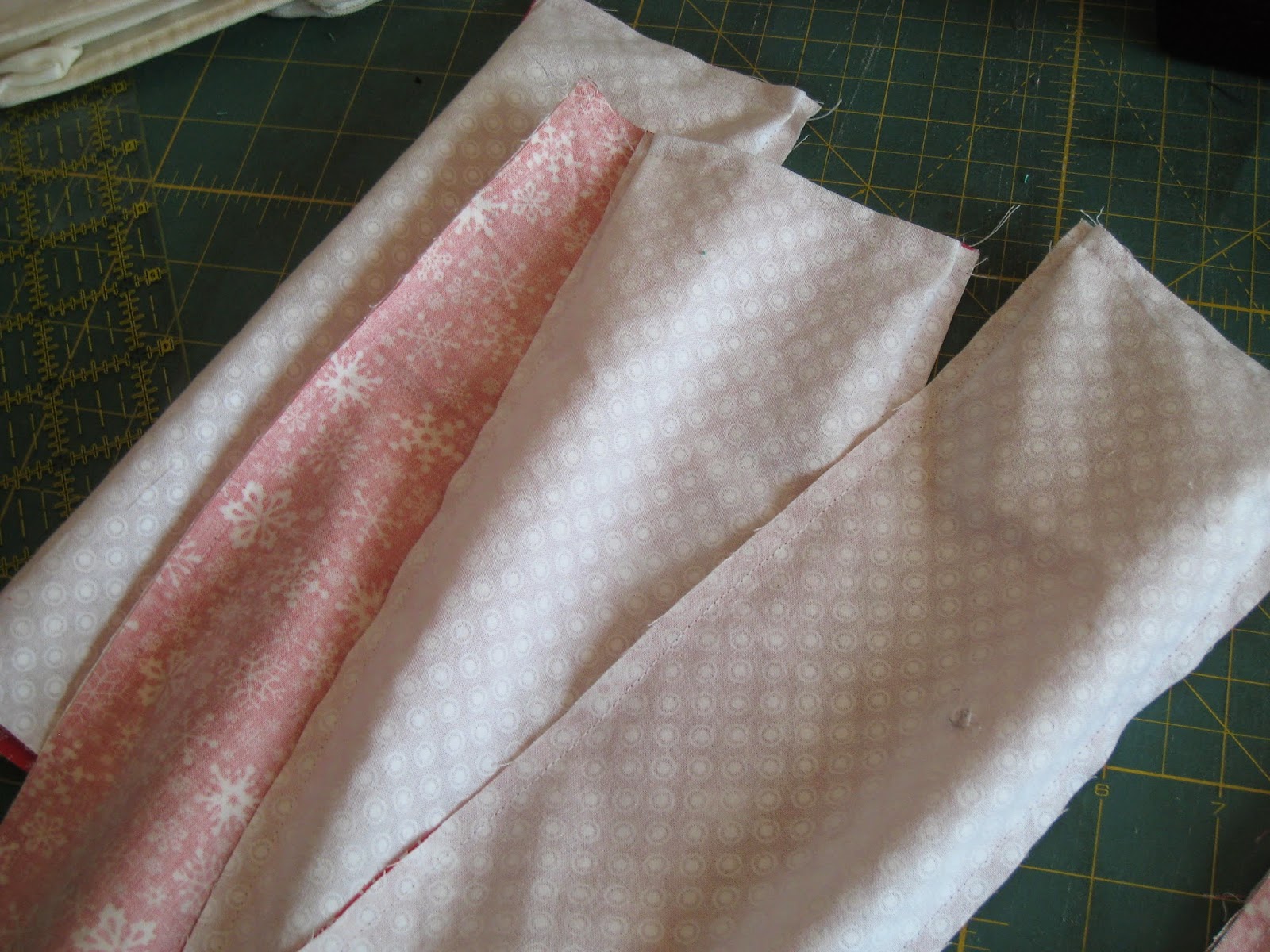 all of which will go in the gift bin for Christmas.  I swear I'm going to be on top of things this year and not run out of ornaments.  Now if I just don't misplace them or "organize" them into oblivion..........

Speaking of which, I just got this over-the-door hanger from Amazon, 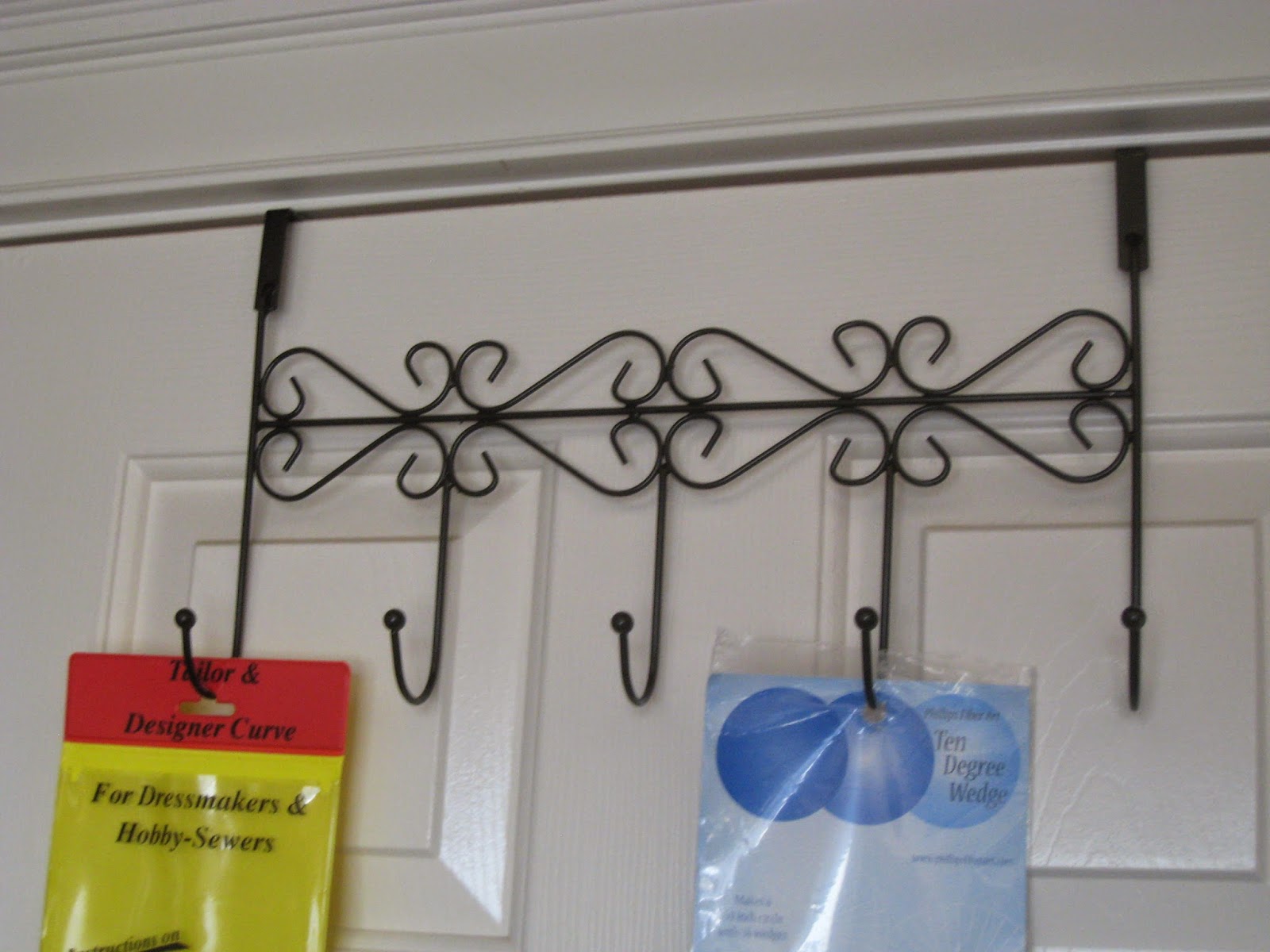 and found this file organizer 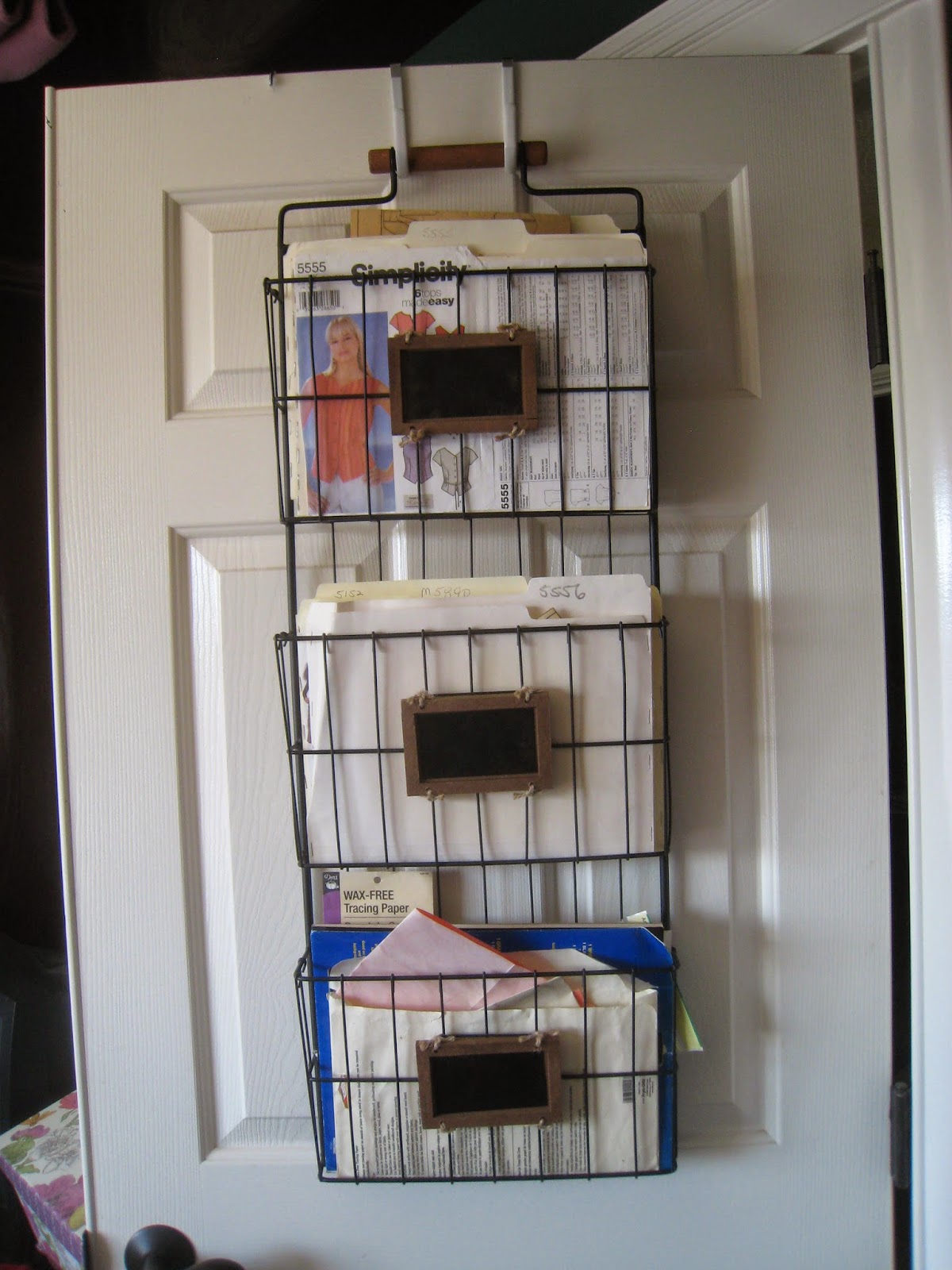 at TJ Maxx Home Store.  I am trying to make the sewing room look a bit nicer WITHOUT misplacing anything, which would probably be a New Accomplishment in my life.  Someday I might even be able to clean the sewing room without burying the crafting table.................