"It was dreadful," says knitter, Toni Sutton, when asked about her recent foray into the WIP Wilderness.

"It had been a long and brutal battle already.  There were bodies everywhere. 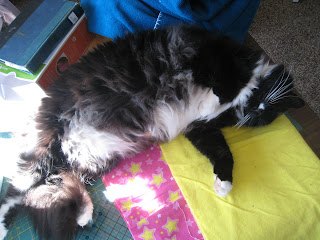 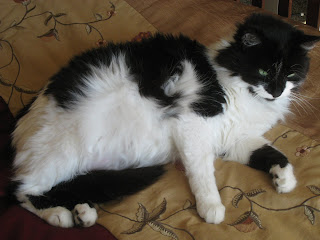 "The sweater was there in the distance--lurking.  I could see the results of my last failed effort--that woolly Victorian collar: 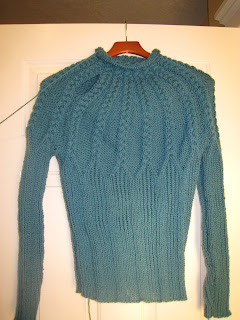 "It was ghastly.  I mean, a sweater collar that can actually pick up satellite television?  Can you imagine the horror?" 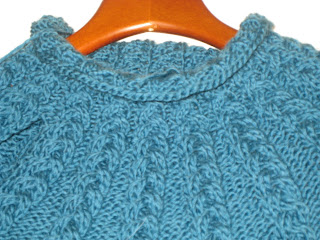 When asked, Ms. Sutton admits to some pretty unorthodox methods.

"Several knitters had tried the traditional methods--smaller needles, changing the neckline--but the results still weren't good.  Keeping the pattern remotely intact just wasn't enough to control this WIP.  It was time for some alterations.  I took the cable down to a lopsided 5-stitch pattern, then switched one of the stitches to a purl on the third row from the end.  Very unusual, but nothing else would work."

Still, even with all her adjustments, it didn't quite work as she had hoped.

"A cable pattern will pull often pull knitting forward, and with only one purl stitch in-between cables, it just wasn't enough to stop the pattern from rolling.  It pulled so much that not even a few rows of garter stitch could stop it.  I used a little extra yarn and ran some lines of tension into the back of the cable--basically to pull it backwards.  Quite awkward and very, very unorthodox, but when you're facing such a ferocious WIP, you sometimes have to bend the rules." 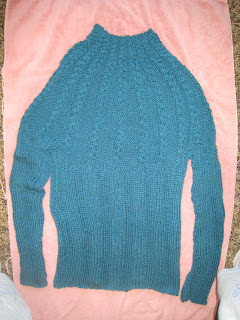 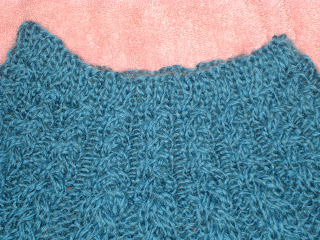 with a neck that won't even pick up AM radio.

A thrilling tale, to be sure.  And does Ms. Sutton have any advice for other intrepid knitters who might wish to try this sweater in the future?

There you have it folks!  Sage words of advice from someone who has truly seen it all.  We now return you to your regularly scheduled knitting.