....fast.  And over.  Hiking, a Fat Tuesday blues concert, a discussion group--it was busy.  There was also a lot of walking, but not a lot of crafting as I am still very fond of sleep. I thought I'd get some done over the weekend, but we were out most of both days and I was worn out by evening and I get into enough trouble in the sewing room when I'm well-rested.  So yesterday I managed to spend a little time in the sewing room.  The green jacket is progressing, 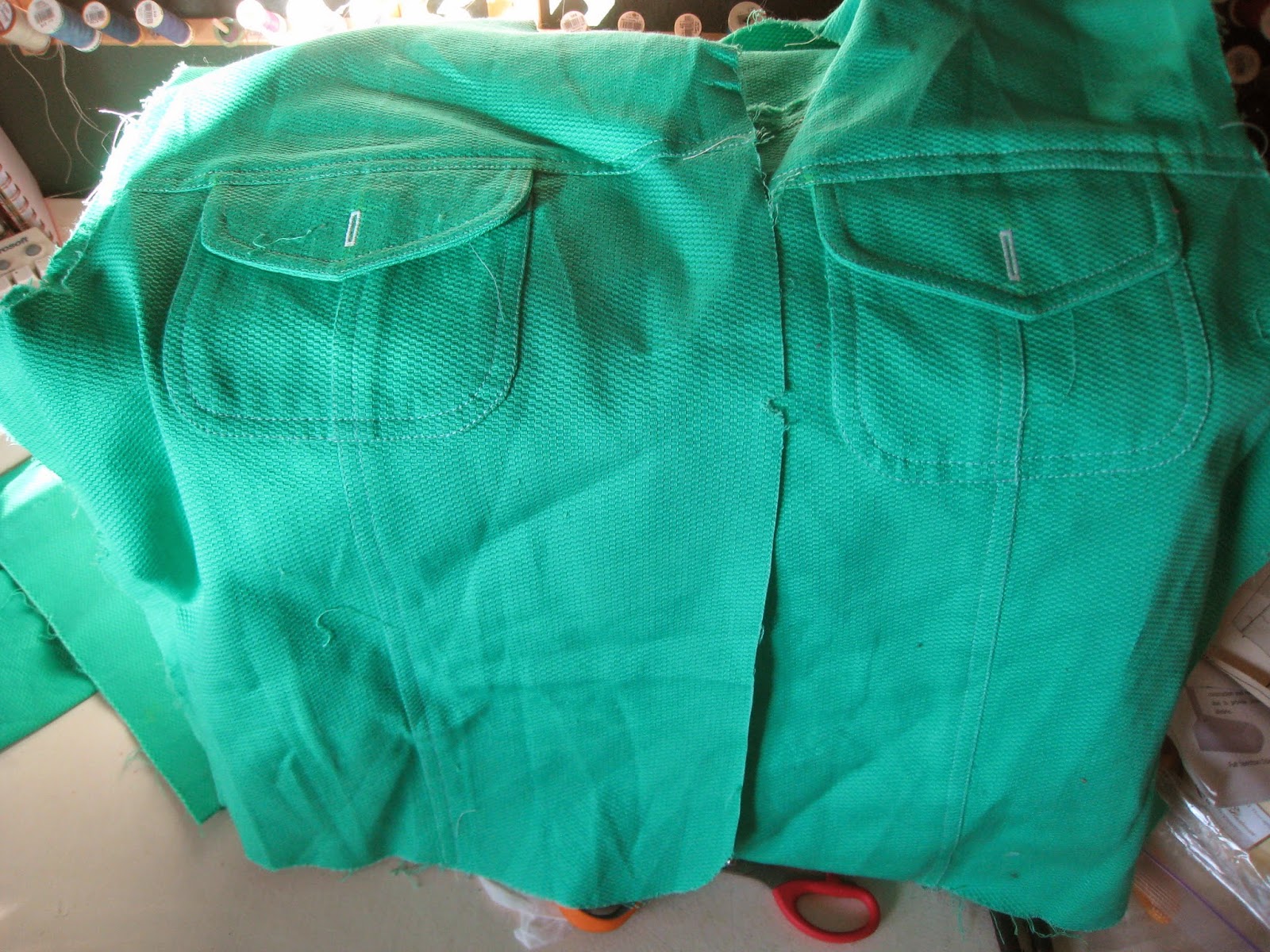 there was some work on the red and white table runners, 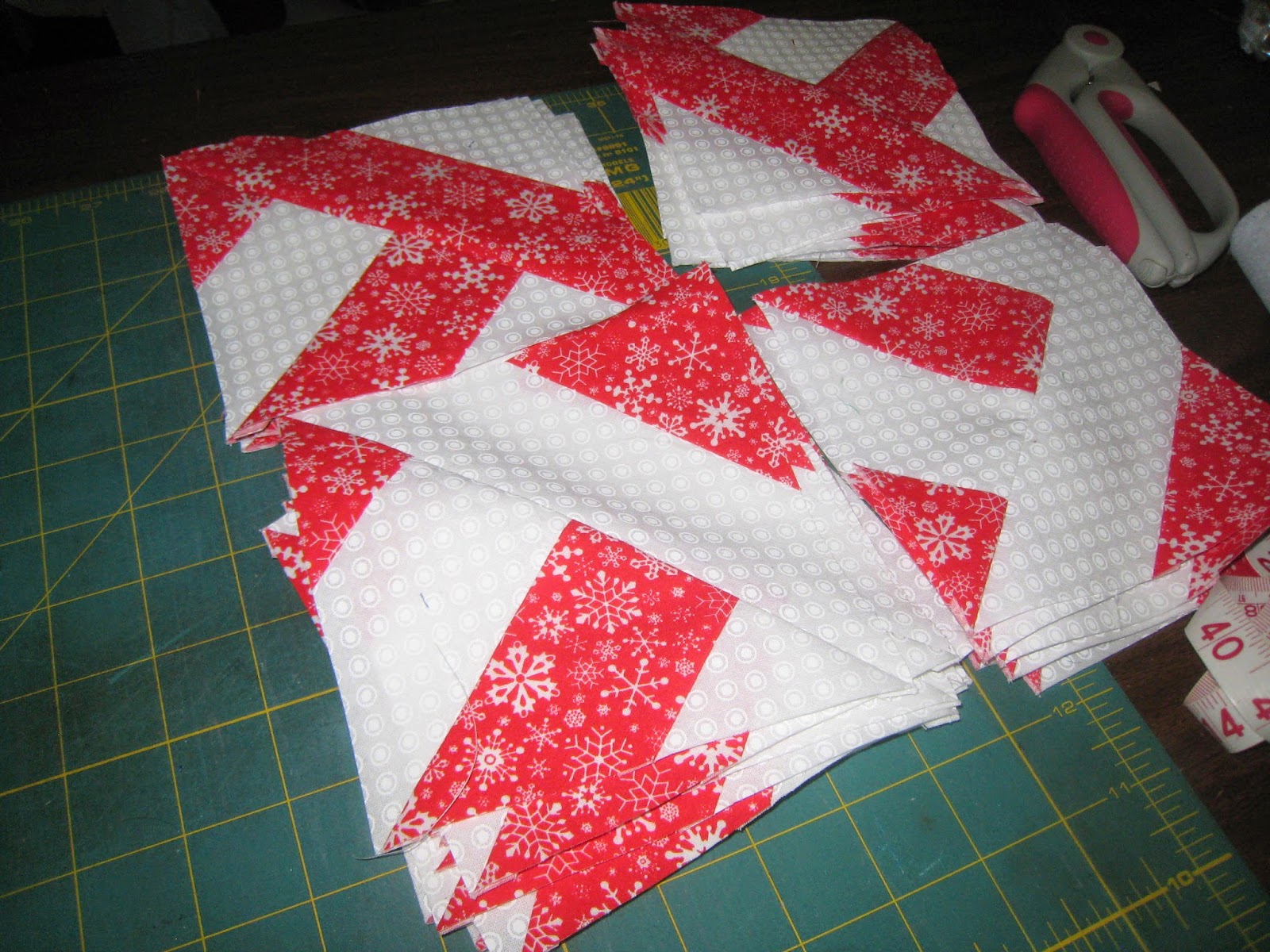 and my careful plan to make sure I created an even distribution of blocks failed badly, so with the last three squares, I just put them together and we'll see which blocks they create. 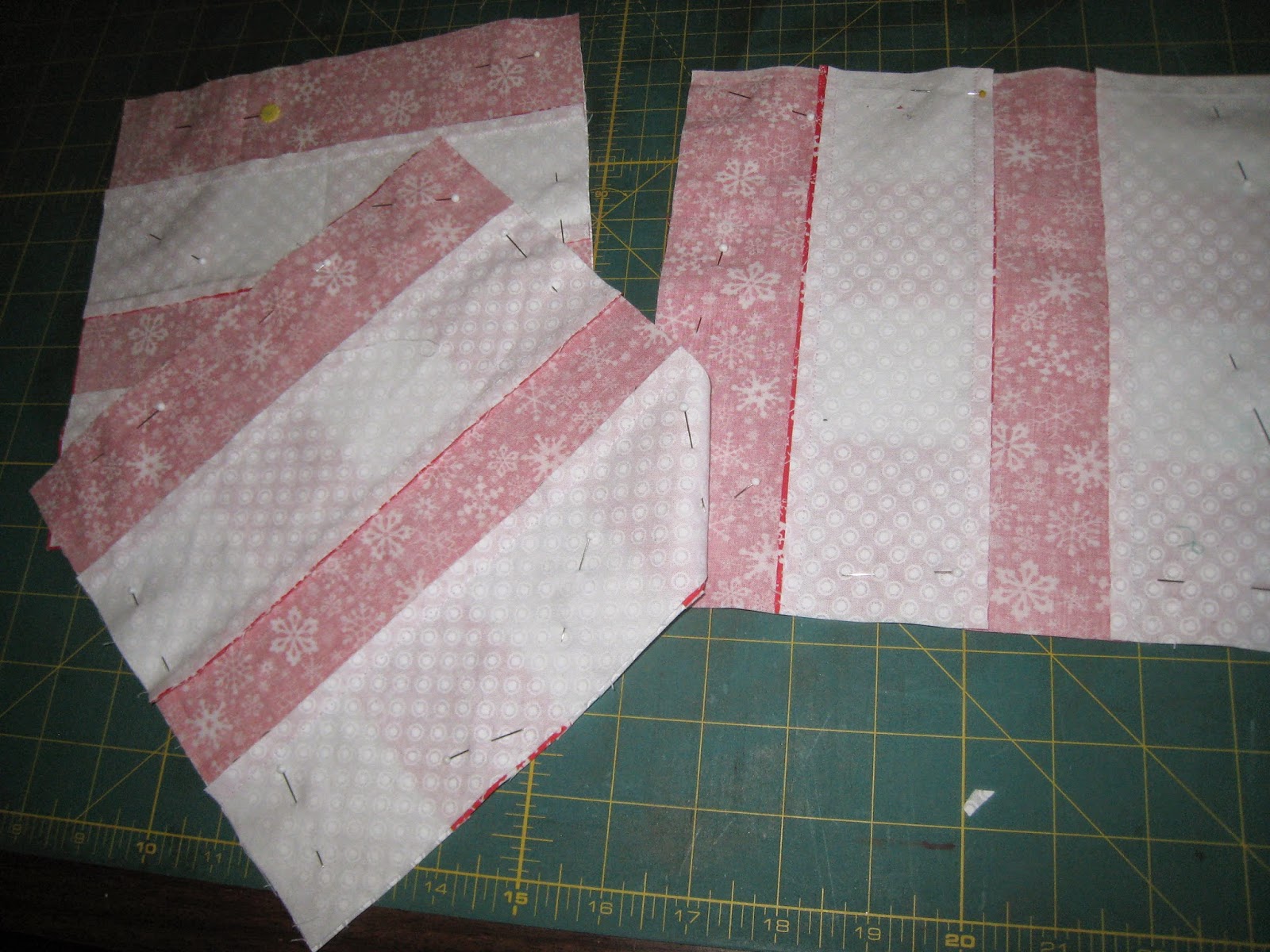 I think what I might end up doing with these blocks will be laying out the table runners all at once to see how many I have blocks for, which blocks I need, and going from there.  I have a feeling there will be one runner with a very scrappy look.

I have moved one of my exercise balls into the sewing room to use as a chair, which both strengthens the muscles and helps me sit for a bit longer than I generally could, but it's a still a very short-spurts sort of thing, so I alternate with projects I can do while standing.  In my cleaning of the sewing room, I ran across this fabric, 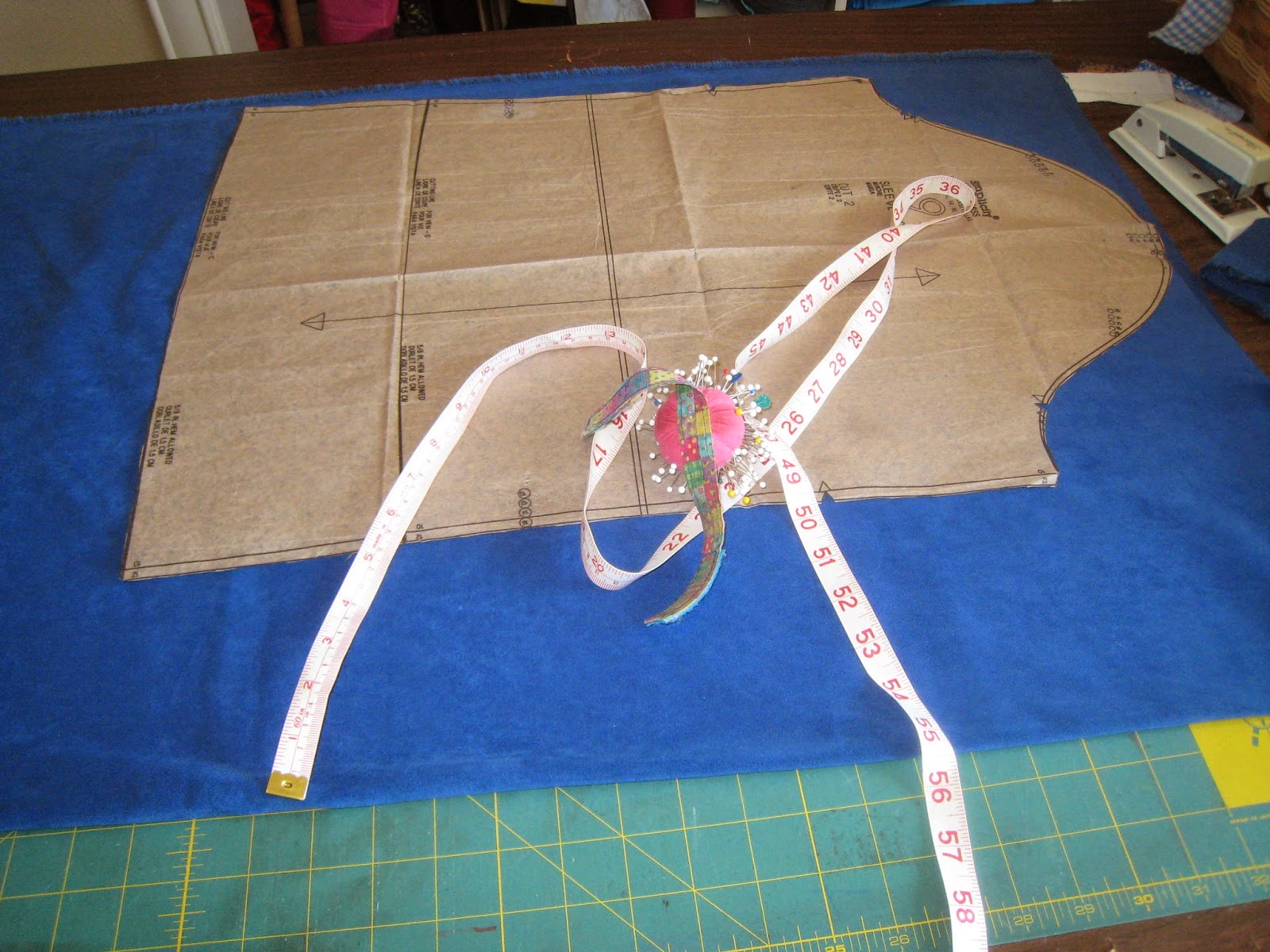 which is a blue microsuede that I probably bought in 2006 or 2007.  I had intended to make a suit out of it, which would have been very entertaining as I picked a lined jacket pattern having just barely taken sewing up again and knowing nothing about working with microsuede, making jackets, or dealing with lining.  But such details rarely even slow me down.  However, I decided that an excellent place to start coping with the sewing room stash would be to use one of my oldest fabrics, so I cut out a pant and shirt ensemble, 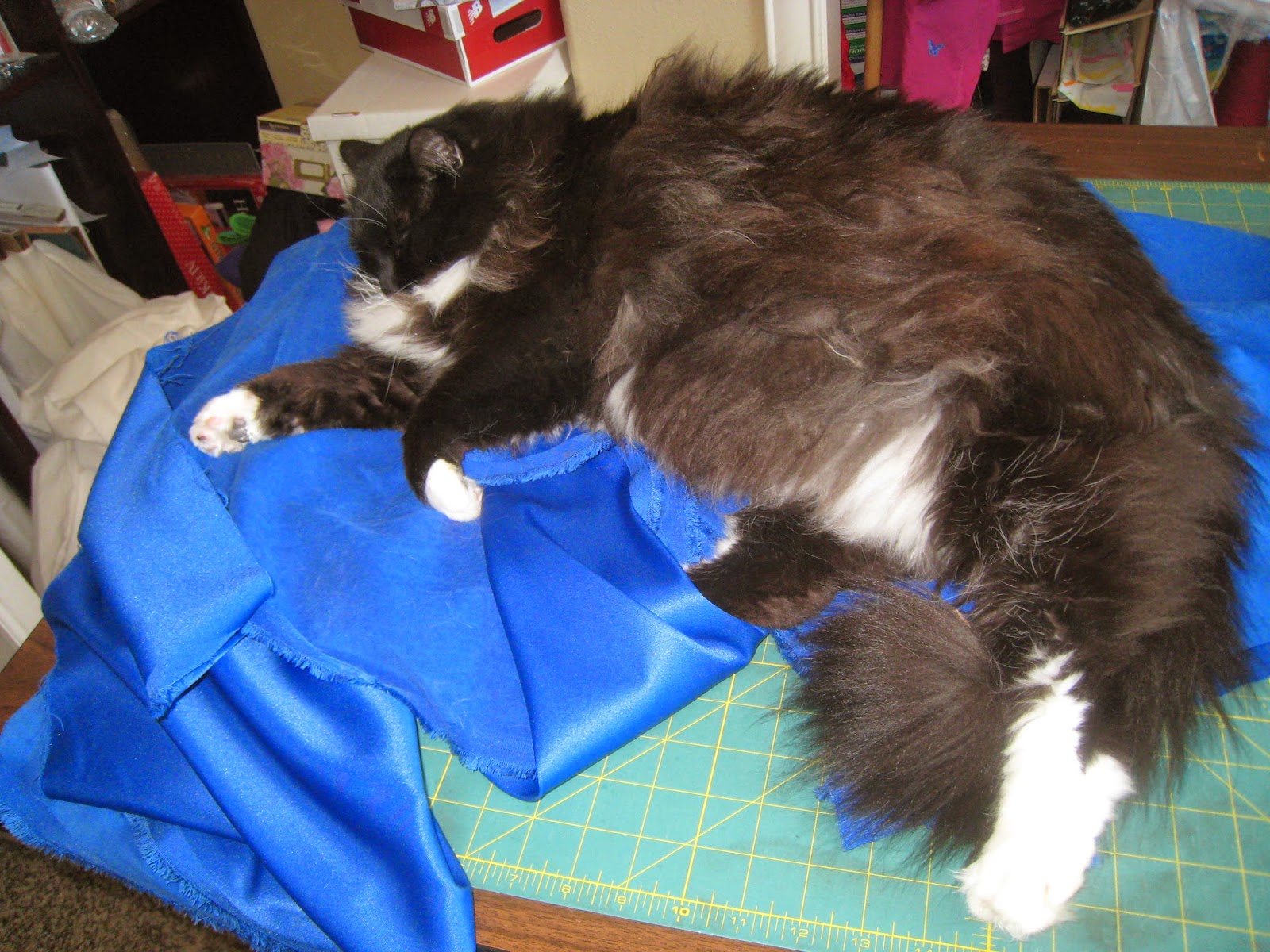 which left 2 yards remaining which Theo promptly claimed.  I thought it would only leave one yard, and a quick 5-yard project sounded great, but 4 yards is good too.  Not that I'm trying to use up 100 yards of fabric of course.

I have done a bit of knitting this week.  The white scarf is my first Mad Dash project finished, and I've started the bulky weight sweater. 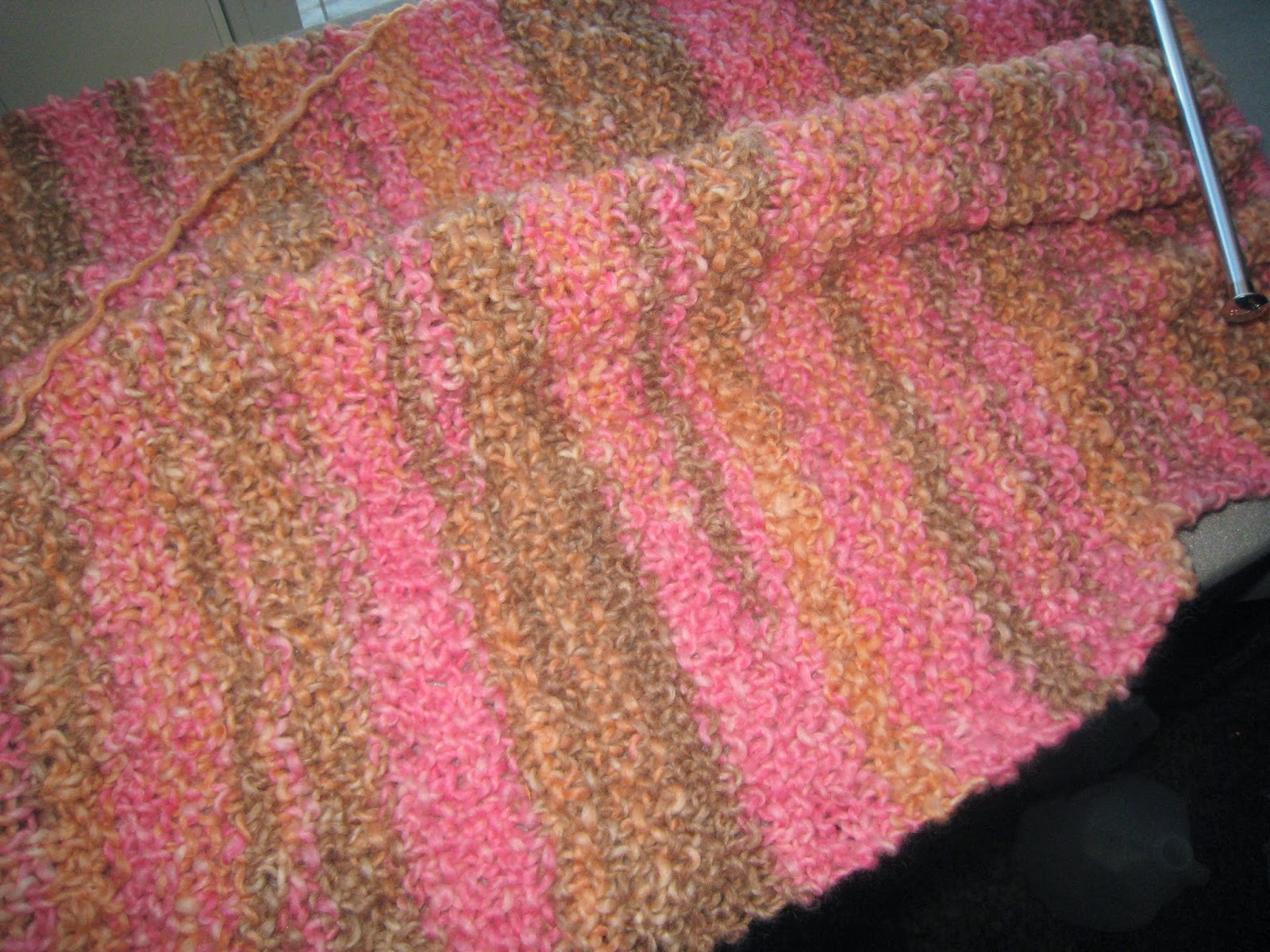 This yarn was originally a gift and I made a shrug with it, but it was such great, squishy yarn and the shrug was a little small, so I had gone looking for one or two skeins extra to make it a bit bigger, and ran across a 10-ball bag on clearance.  So, the shrug is being ripped back to make a lovely, squishy sweater.  It's on size 11 needles, which I don't use very often, so it's zipping along--or would if I wasn't ripping back another project to knit this one.  I'm not sure if I'll really get to that 3000-yard mark by the end of March, but I will definitely make a visible dent in my box of yarn: 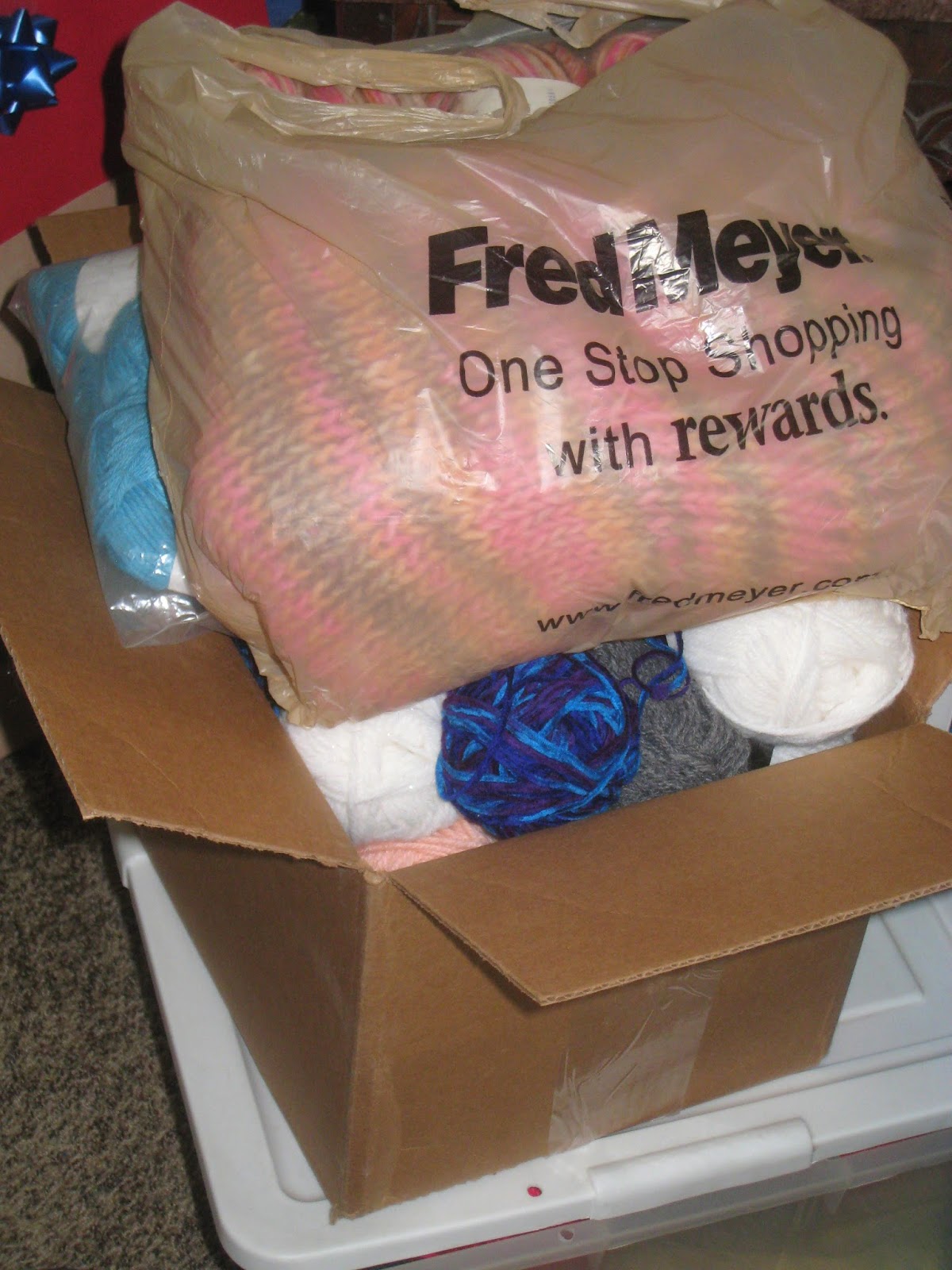 I even sold a skein of yarn this week.  It wasn't one that I had listed for sale, but someone on Ravelry needed that particular skein for an afghan and I had bought it several years ago for a Baby Surprise Jacket, but it wasn't a yarn I was particularly fond of and as it's discontinued, the other knitter REALLY needed it.  So, 315 yards of yarn out of my stash and I've helped another knitter--WIN-WIN!  With that and the Mad Dash and if I did fewer lace projects and more worsted and heavier weight projects, I could completely clear out an entire rubber bin by the end of the year..........

Of course, what I want to do right NOW is to cast on a new lace project for portable knitting.......