Earlier this year, Andy found a really nice lathe for sale on Craig's list, and has been hard at work producing pens for Christmas gifts:

They are extremely lovely and so far everyone just loves them--which is all good.  Because they are such lovely pens, we decided they needed to be presented IN something, which is where I come in: 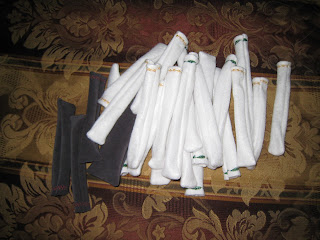 These are just the ones we still have.  There were more.   And, just in case you were wondering, repeatedly making itty-bitty fabric tubes is sort of boring.  I've been trying to liven it up a bit with my new decorative stitching possibilities: 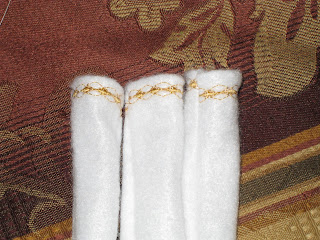 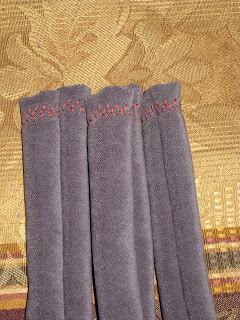 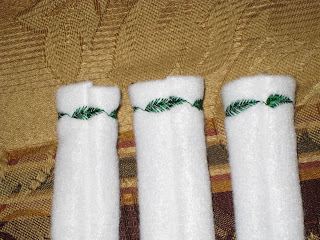 which helps a bit.  I have one more set to mark, stitch, and cut 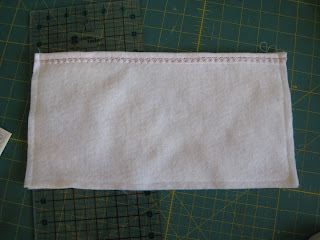 and then I think I'll call it good for a while.  I was trying to use odd bits of scrap fabric from other projects, but I have to leave bigger seam allowances for regular fabrics, which makes them a bit bulkier, so I have switched to using felt.  SUCH useful stuff.  If I do all the stitching before cutting them apart, I can really get tiny, tiny seam allowances, which is really pretty cool on the first 25, though by number 30  the excitement wears off just a bit.


In other sewing news, prepare for a shock: 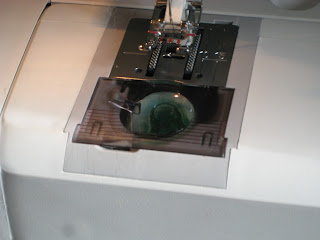 Emma has her very own bobbin cover!!!!!  And it only took my Husqvarna dealer (Holland's Sew Shoppe) just under three months!!!  The speedsters. 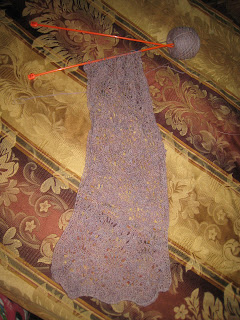 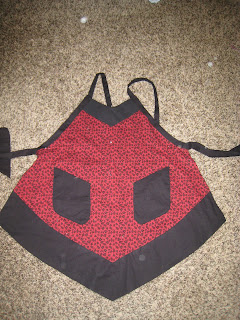 one of the aprons is totally finished!!!!!  The red material was in the "holiday prints" area, but I can't remember if it's supposed to be Christmas or Thanksgiving.  At any rate, I am pleased with how they are turning out, and I can't decide if I want to keep one of them and put the other one in the gift bin, or put both of them in the gift bin & make an entirely new one for myself.  They're so cute that I'm rather tempted to use them both as gifts, which is unfortunate as this whole project started because I wanted some holiday aprons.  Oh well, I also always need gifts.  Especially ones that don't need an itty-bitty sleeve.