All 5 table runners are now done, 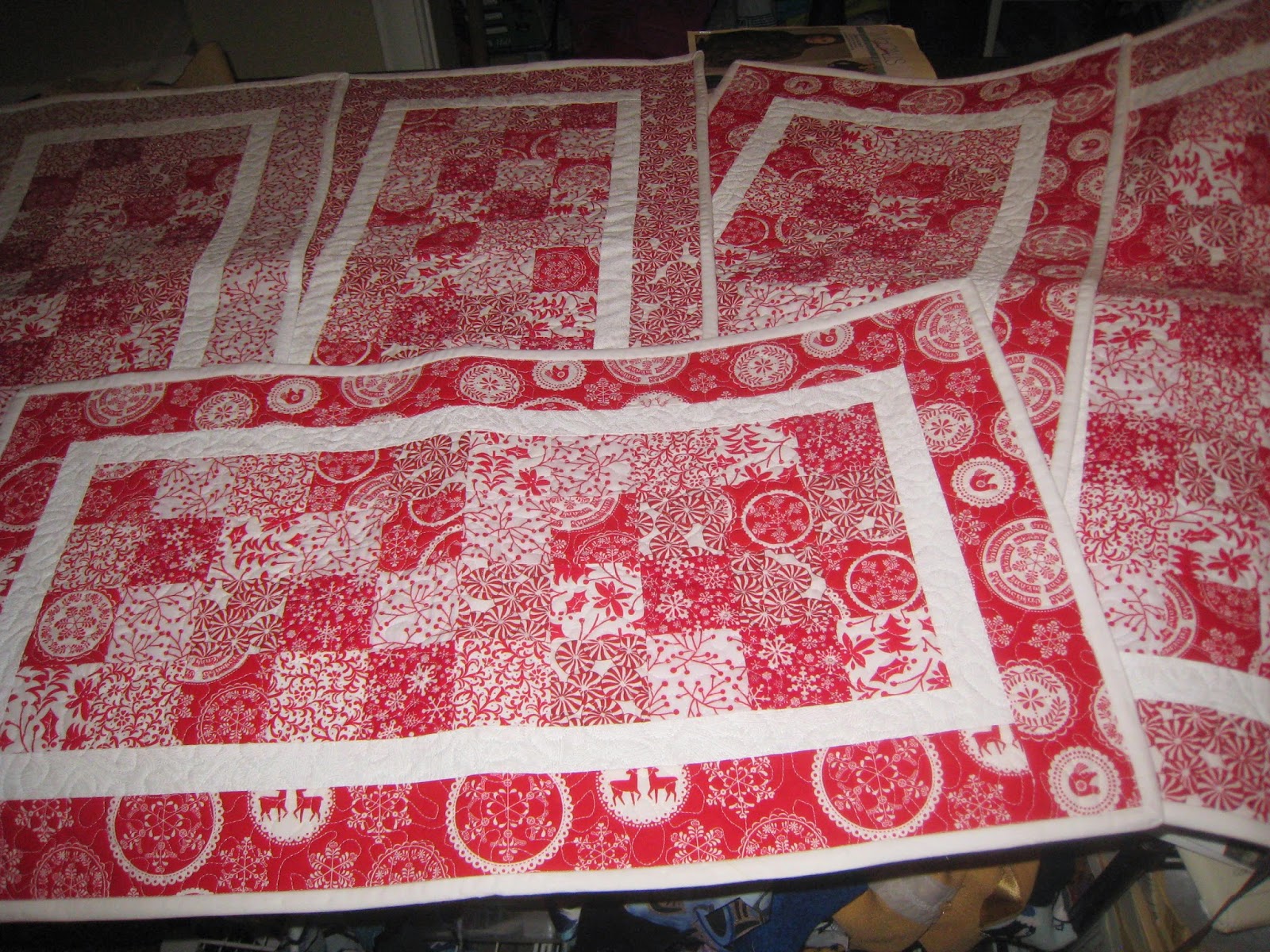 and as much as I like them, I am SOOOOOOOOOOOO ready to work on something--anything--else!  I love how they turned out, and we'll keep one for ourselves, but as soon as they were finished, it was time for something different.  Like 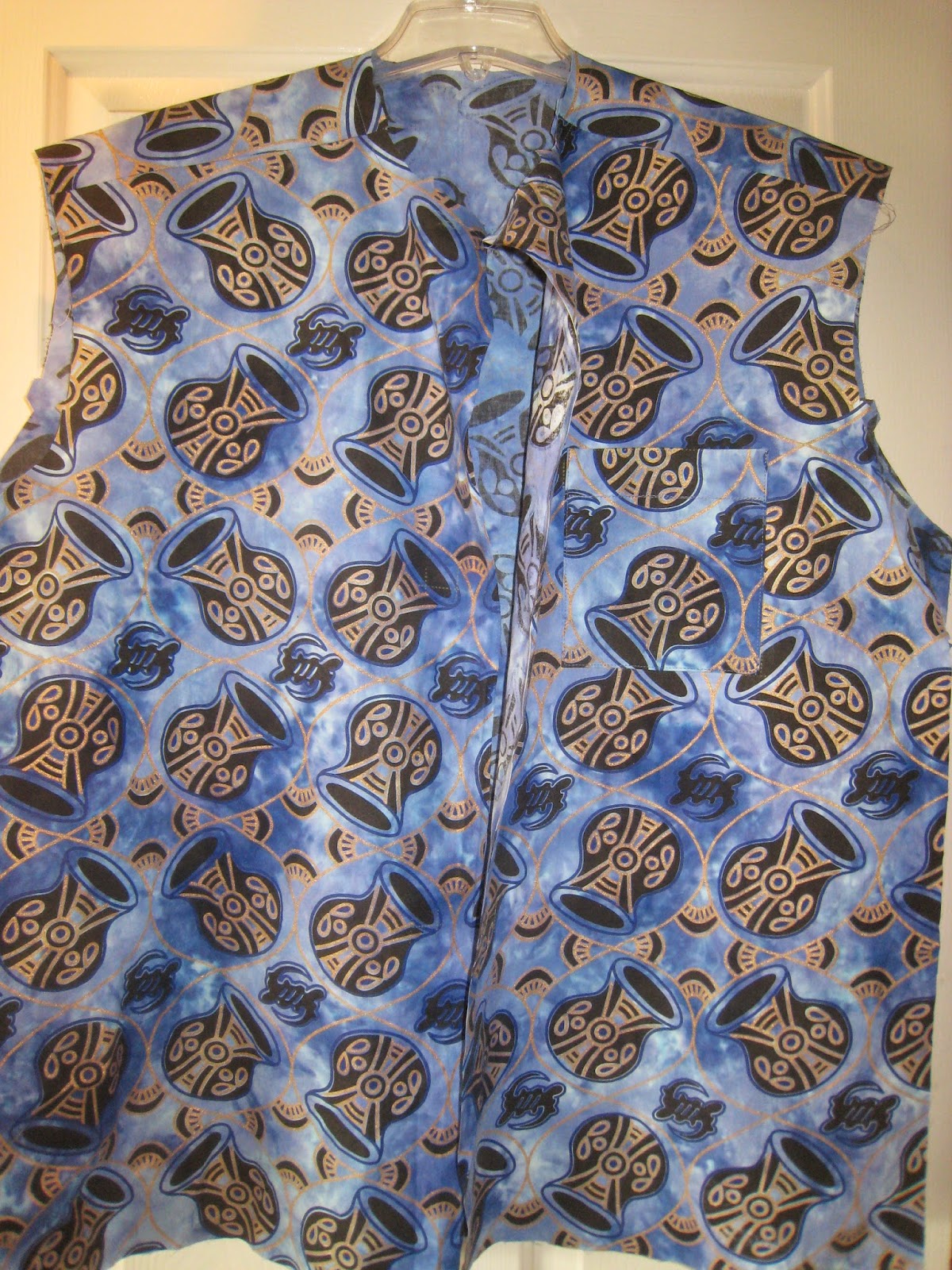 a shirt for Andy for Valentine's day.   I haven't sewn very much clothing in recent years, so after making sure Andy liked the look, 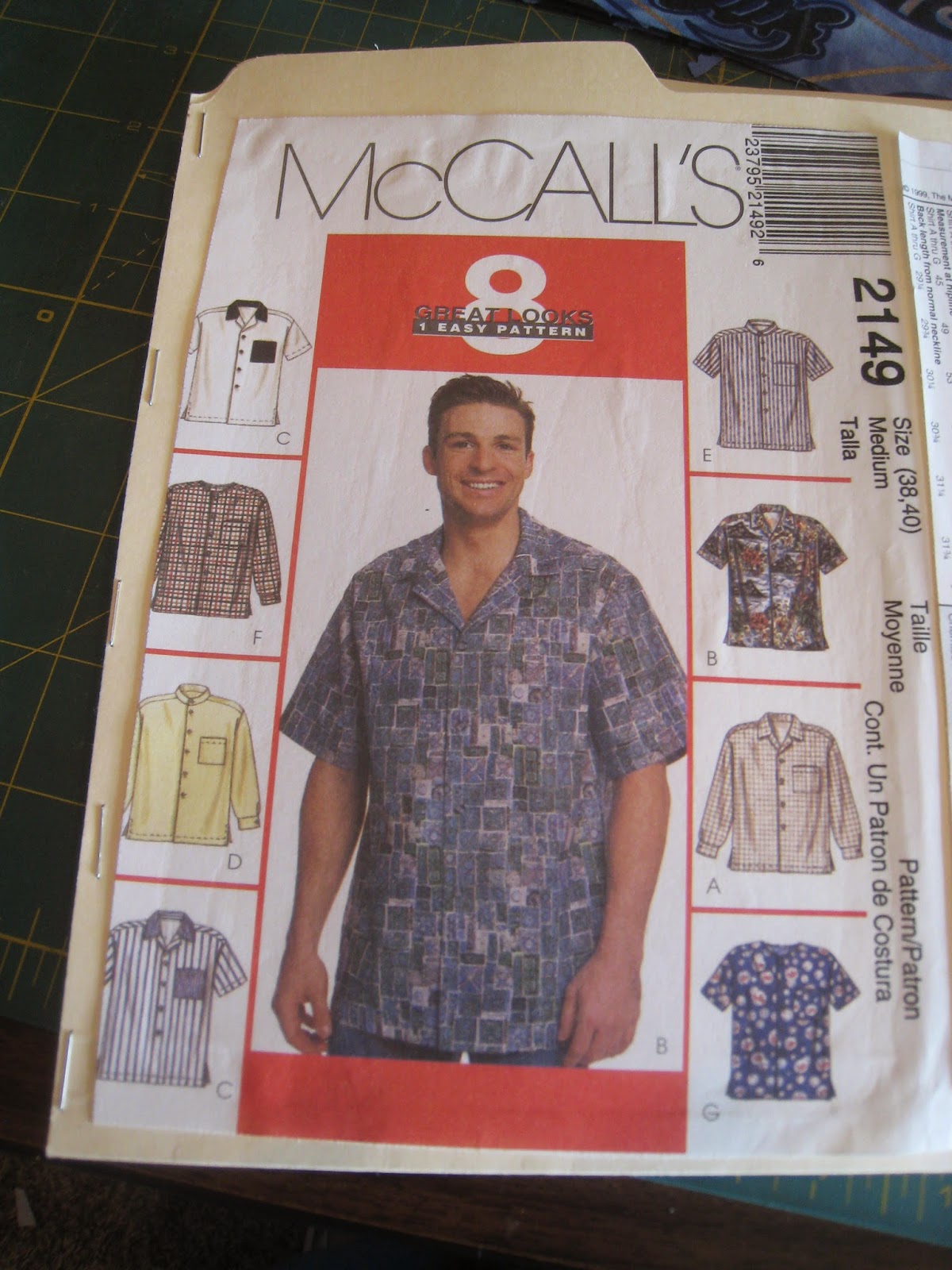 I opted for a shirt pattern with fewer pieces than my usual.  The key piece missing is the dratted button band for the top button--the bane of my existence with shirts.  It's not as nice of a pattern, but as I've mostly made pajamas in the last few years, this is not the time to be tricky.  I might even finish the shirt today, as I'm trying to stay out of trouble with my back.  I was achy yesterday, which is unusual.  I walked in the pool for an hour on Monday and was actually a bit sore before I started, but the water helped and I felt better afterwards.  It's been really humid and foggy here, so it's possible that I worked the muscles/whatever enough to push them into reacting to weather, because the actual hip/back issues don't hurt like that.  And we are having icky weather: 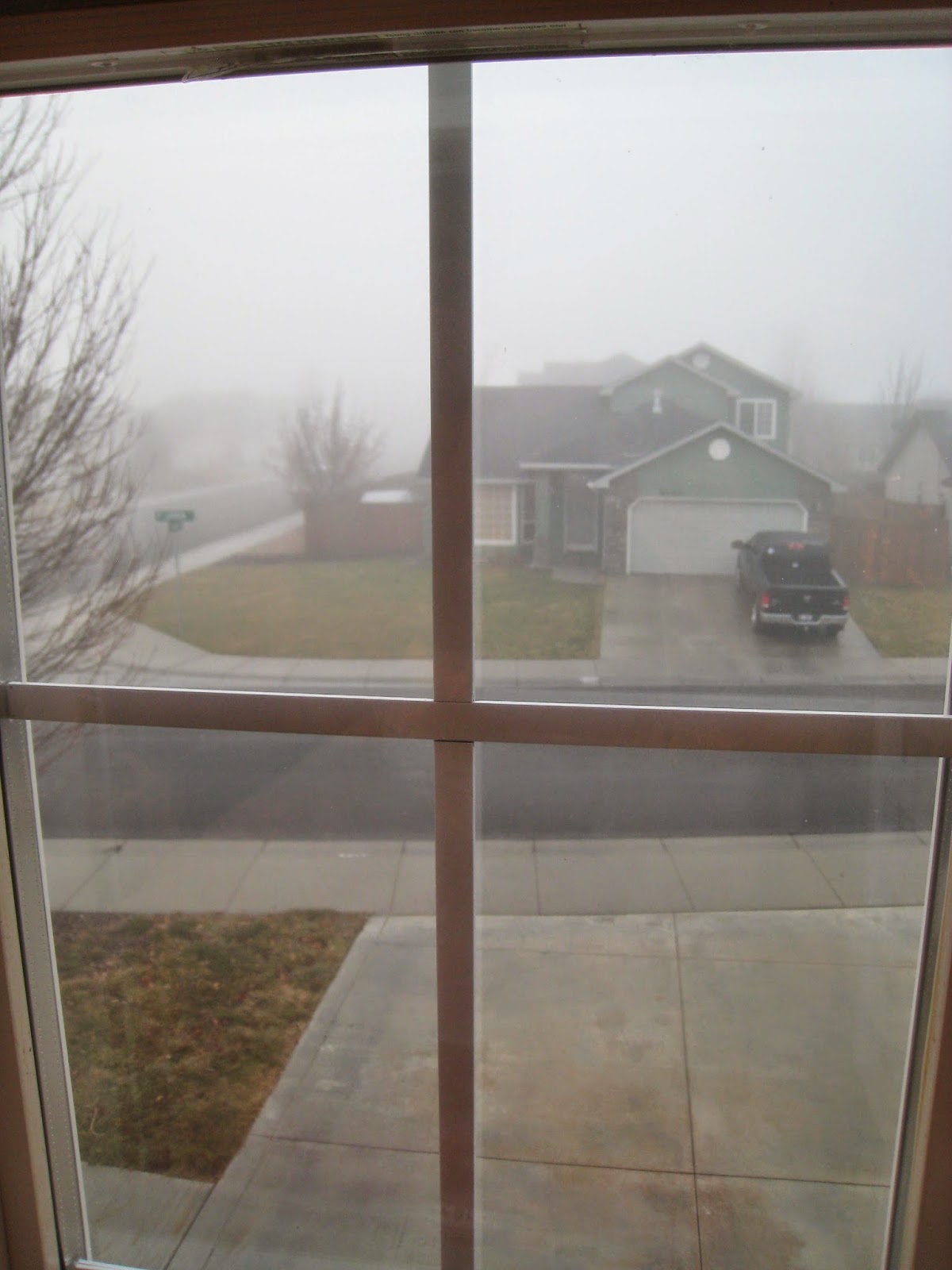 and all that shiny stuff everywhere is ice, to be followed by snow later.  I woke up pain-free this morning, so I'm trying to not annoy anything today.  So, I'm going to try sewing.  And if that fails, 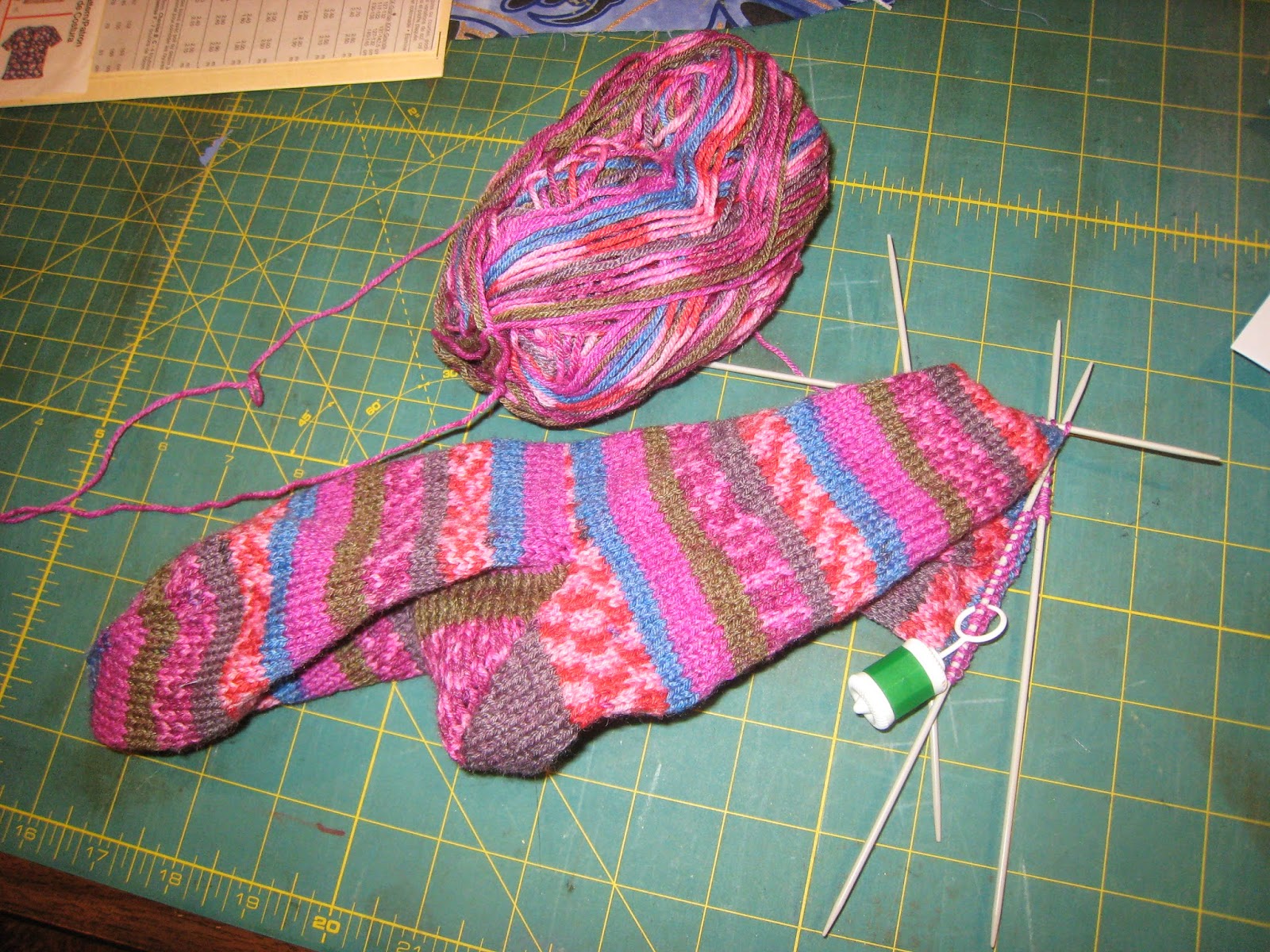 I am almost finished with the next pair of self-patterning socks.  As there are three whole days left in the month, I am completely delusional enough to think I can get both finished for January.  No problems!!!!!!!!!