So Far, No Sociopaths

Yesterday I got all the pieces of the skirt cut out and mostly marked, 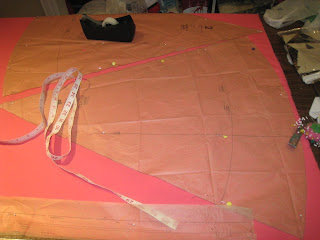 and I think I might have an idea why the pattern was so difficult for me.  Looking at the layout chart. 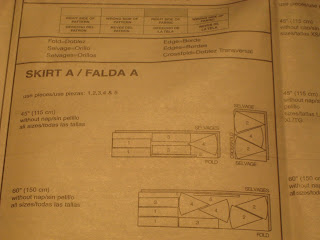 there are 8 identical rectangular strips, and 8 triangular godets, one between each strip.  For reasons known only to the pattern manufacturers, in spite of being absolutely identical and having exactly identical notches, they have chosen to mark them as front and back and side pieces, and without knowing that it doesn't matter in the slightest, I was probably driven half mad trying to keep my backs and fronts separate from my sides.  There is an optional drawstring, which would make "front" a bit important, but as I didn't include it the first time, it wouldn't have mattered in the slightest.  It's just this: 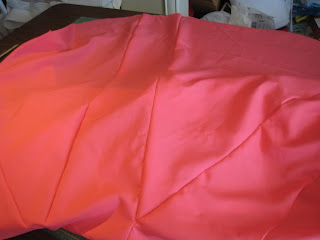 Since I had an extra yard of material left, I altered a sleeveless tank pattern, 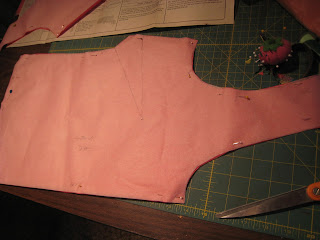 and cut out a shell.  I had worked out how to make a facing piece to cover the armholes and neckline, but 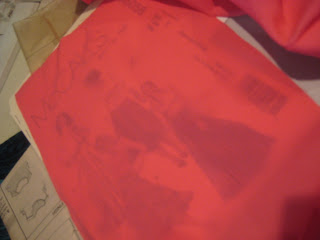 as thin as the fabric is, I'm thinking just a full lining is in order.  While I like to wear shells with jackets, I would like to occasionally be able to take the jacket off without being just this side of naked.  So, I'll be cutting two more pattern pieces, if there's enough fabric. Otherwise, I have some lining, which would be less ideal but will work.

The skirt is, quite honestly, pretty monotonous, and while there is still one silky fabric prepped, I haven't found a pattern for the fabric, so 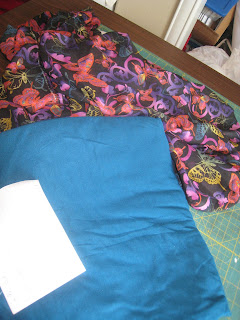 I've been lining up the next ones to prep.  In theory, the stabilizer works with knit fabrics as well, and the blue is a really obnoxious jersey, so it will be a good test.  If all goes well, 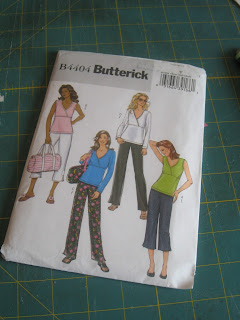 I'm thinking the full-length pants and the sleeveless top of this pattern.  I have knit fabrics in my stash, but my first attempt to work with a knit fabric was an irrecoverable mess that put the Fear of Stretchiness into me.  Strange for a knitter, I suppose, except that a hand-knit item meeting a sewing machine is either a tragic accident or steeks, which are justifiably terrifying by themselves.  But because I am ME, being afraid to sew them has not stopped me from buying knit fabrics, so if the stabilizer works, there's a lot of fabric that will change from just needing to be dusted to USABLE STASH.  Because, you know, I was running so short....

The shock was too much for Theo: 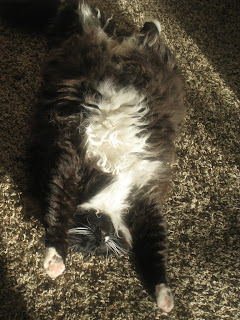 Can you believe that THIS is the cat I'm treating for stress issues?