At the risk of Google including me in some very strange searches, I'm getting ready for the Ravelympics, which in my time zone starts at 6:00 PM this Friday. For the uninitiated, it does indeed coincide with the 2008 summer games, but unlike the summer games, those of any age can participate, no one is going to be tossed out for supporting humanitarian causes, and lots of wool is involved.

I was all for the Sock Put--and might have joined Itsy Bitsy Bikini Breaststroke out of sheer curiosity, but as I'm still holding strong on my WIP marathon, I can't start anything new, so I'm in WIPs Wrestling for Team Stashdown, along with many of my WIP marathoners. We'll see if our advance training will pay off.

My entries, in order of priority:

1. My youngest nephew's birthday sweater , which doesn't actually need to be done until October but who can resist the thought of having a gift done early for once? 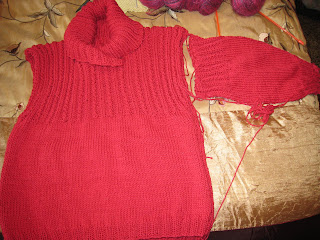 2. A poncho for my sister's 40th birthday, which was actually in February. Ah well, we can't win them all. 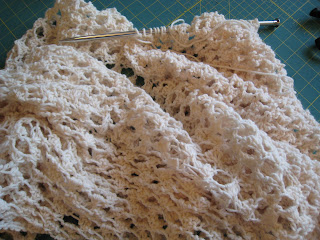 3. The pink baby set, which is just so close to being done that I thought I might be able to squeak it in under the deadline. 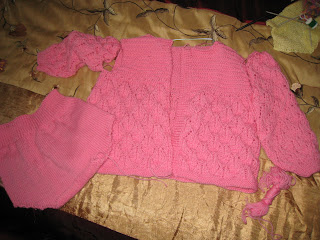 I'm ready, I'm warmed up, and now the big question is, how tricky do I have to get with those needles before Wheaties calls me about their next box???