Seriously--it's been over a week since my last post--you would think I would have a finished object or two to show you, wouldn't you?  HOW DID THIS HAPPEN??????

First, I have washed, starched, and ironed the ribbon table runner, and 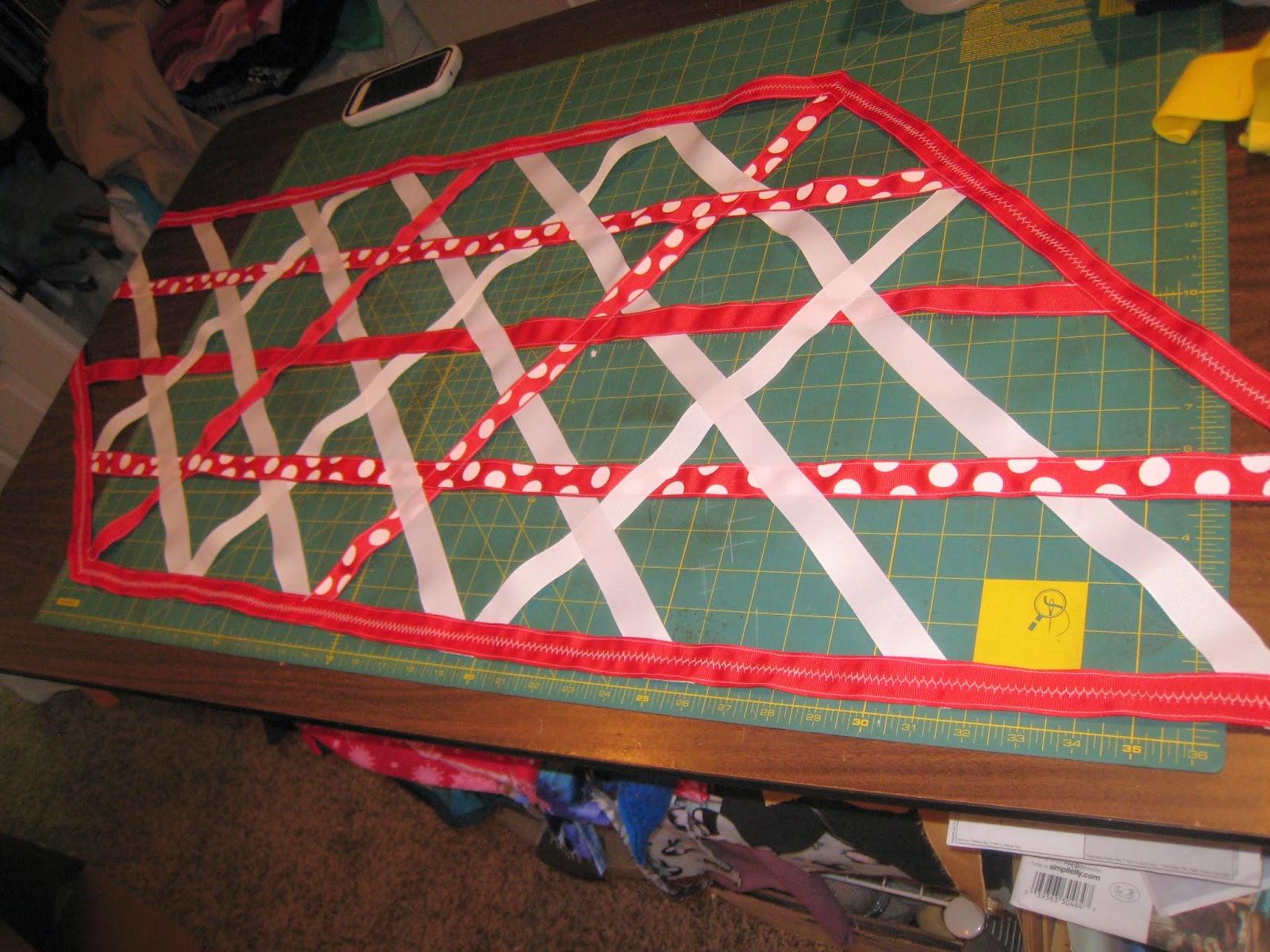 I don't think it lays any flatter than before.  I will actually use it as I've gone to all this trouble, but I think we can scratch this off as a potential gift idea.  I try to avoid giving gifts that involved a whole lot of swearing--that just feels wrong. 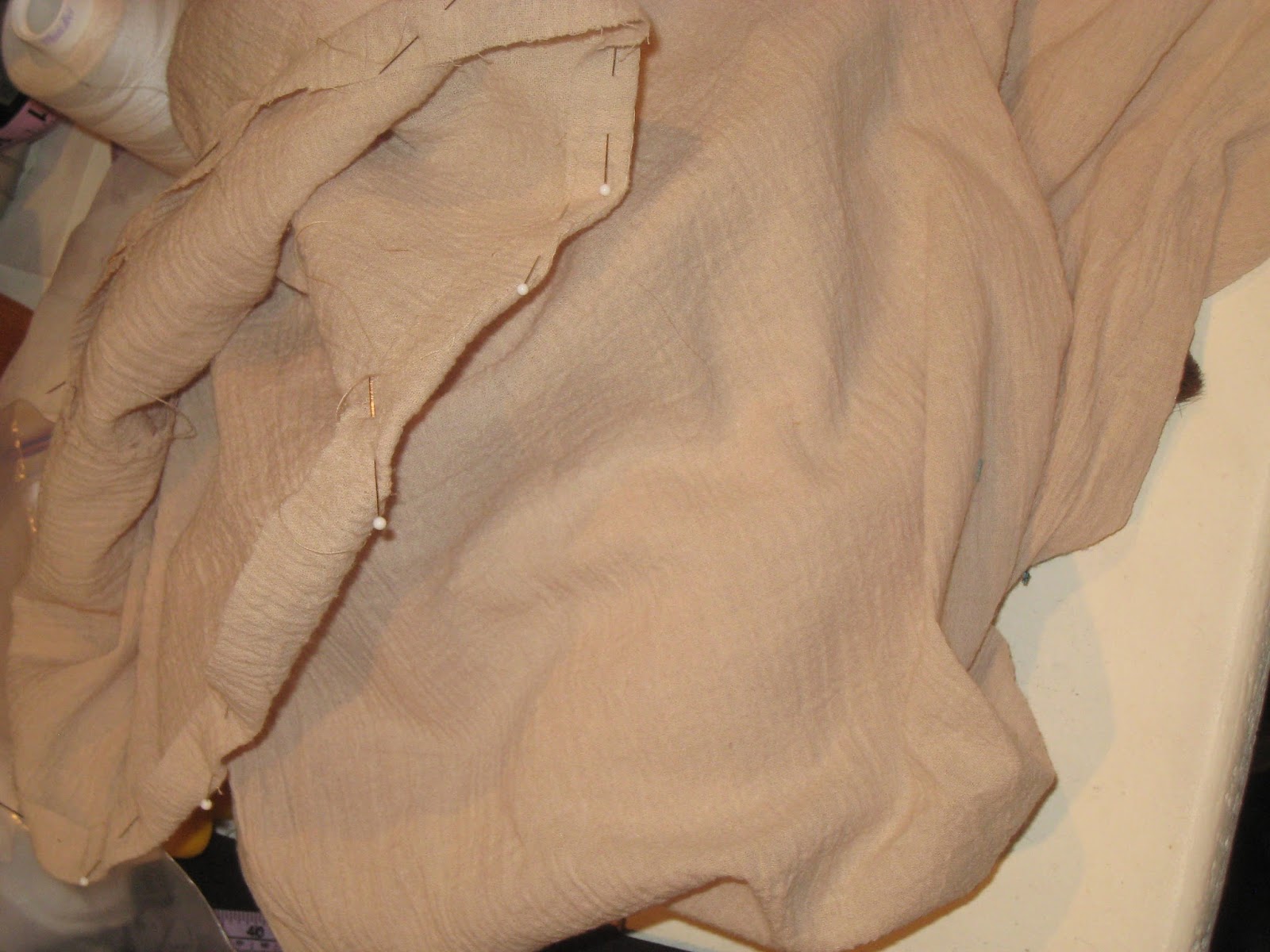 the gauze pants are progressing.  In the future, I swear I will have the sense to alternate difficult, fussy projects with easy ones.  Going right from the ribbon to gauze was just insane, and Theo only agreed to hang out with me from the safety of the thread chest box: 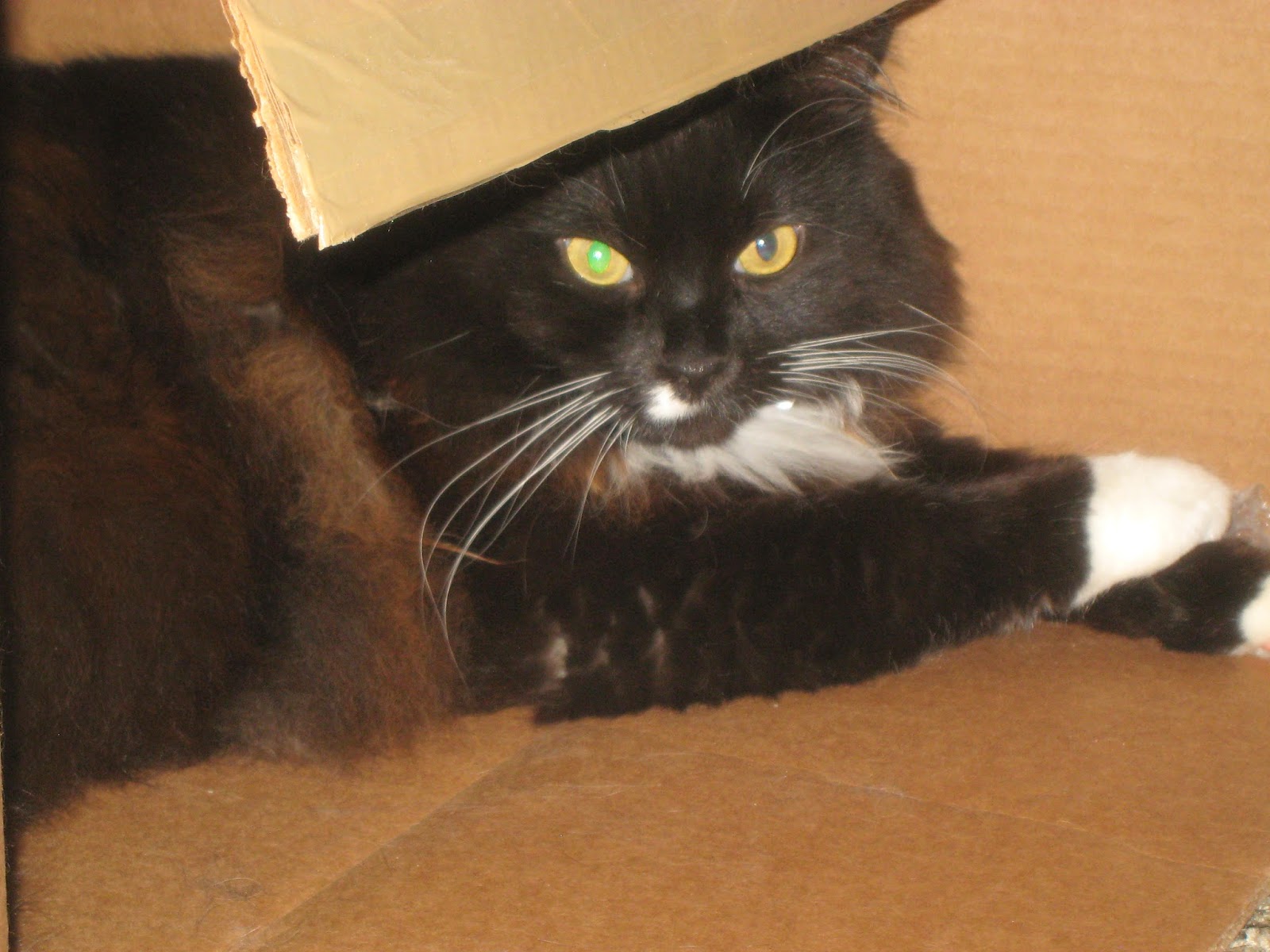 I think you might be able to gauge the level of frustration by the progress on the sock, 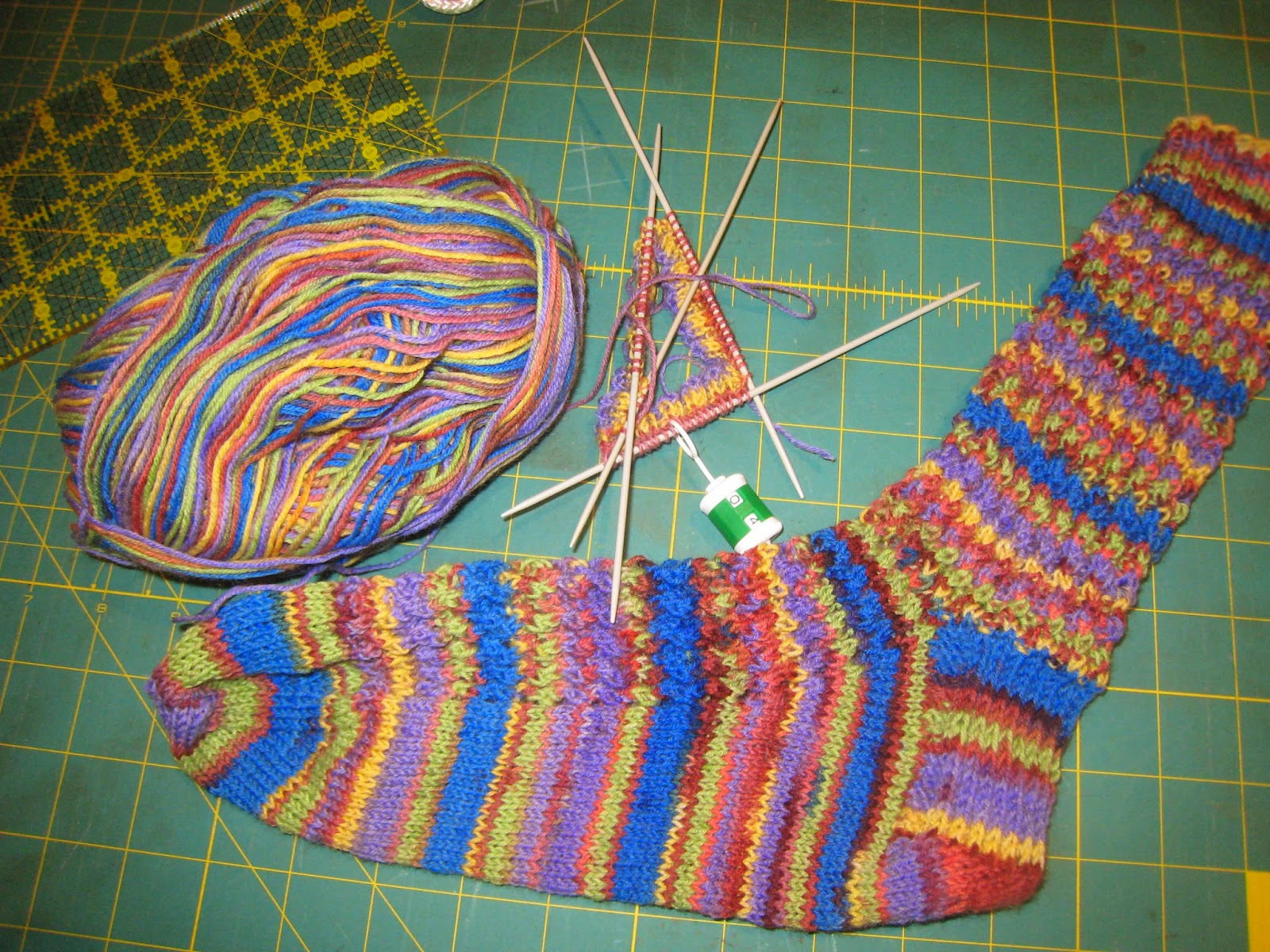 since you can't see that twitch above my left eye.....

Andy went rafting with friends on Sunday, so I had the house to myself for several hours, and spent it: 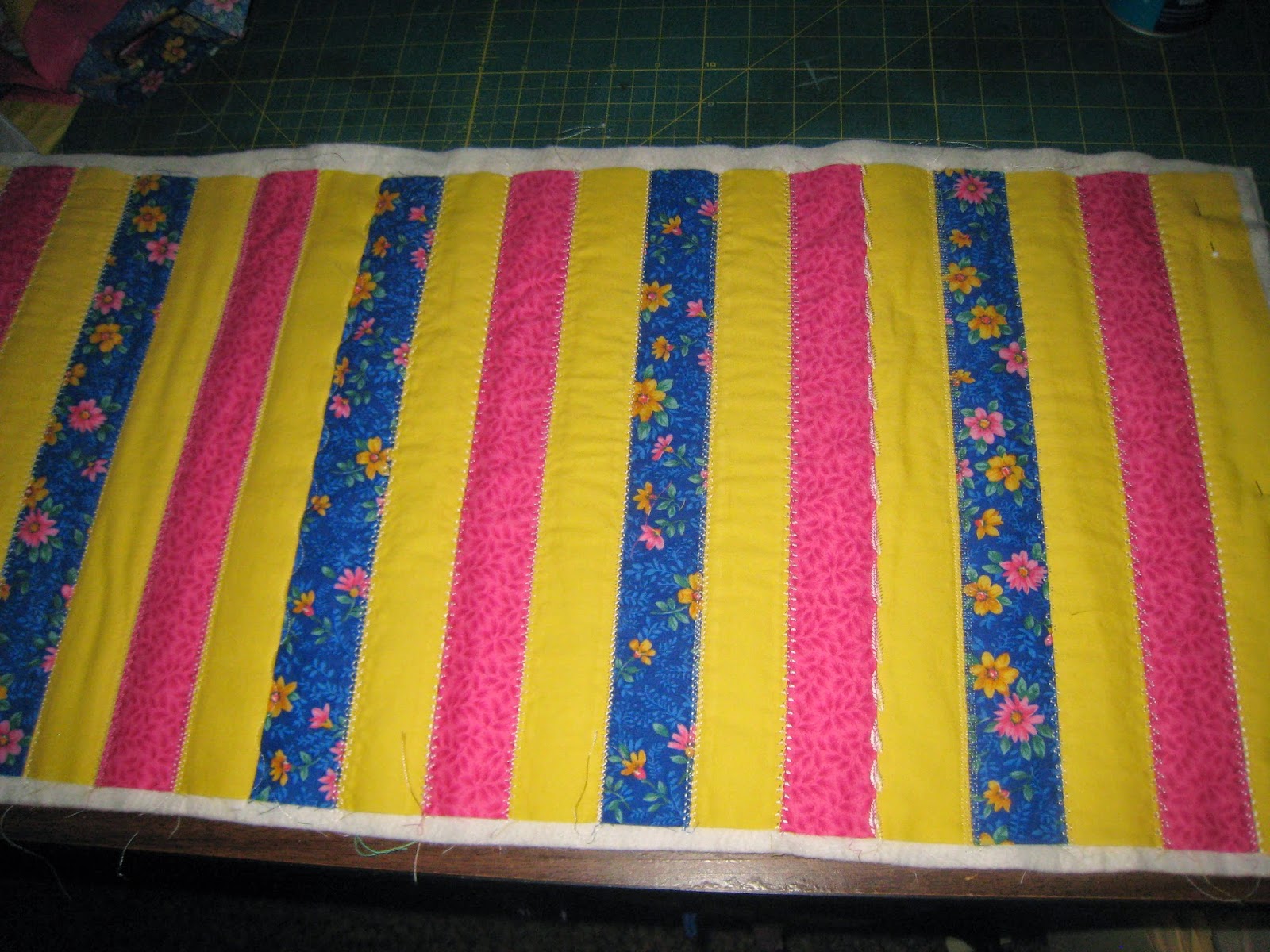 making and quilting a new table runner.  It's hard to see in the picture, but I was playing with the walking foot and decorative stitching options.  I've had a lot of trouble with the walking foot with decorative stitching before, so I actually cut out lots of strips and will put together two or three table runners in this color to see if I can work them out.  I also tried a new batting--I've been using the bottom-of-the-line polyester stuff, and I think I pull it around too much.  Even though I prewash all my fabric, my quilting tends to pull in when it's washed, so this week I picked up a poly/cotton blend batting to try, and it's SO much easier to work with.  If I can get my techniques down, there are several quilts waiting in my To Be Finished pile.  Maybe not as many as my To Be Started pile, but that's another story...........