Really, I Can Explain 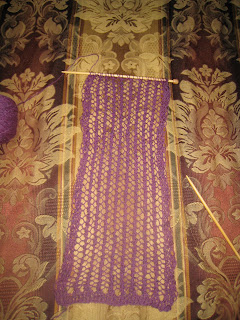 might lead you to think I have Knitter's ADD....and you'd probably be right, of course...but THIS TIME I do have an excuse!

The lovely lady who loaned us her condo last week refused to take any money for it, so I wanted to knit her a scarf, but have frogged the first two attempts. I thought she was in Arizona until sometime in later April, but it turns out she has returned early, and I want to have a gift for her when I return her keys & everything. So, yesterday I dug these 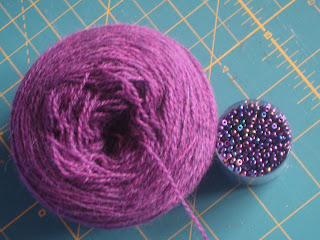 out of the stash, and with size 8 needles to speed things along, I've been knitting and beading like a mad woman. 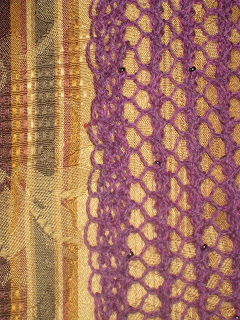 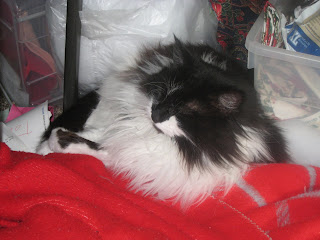 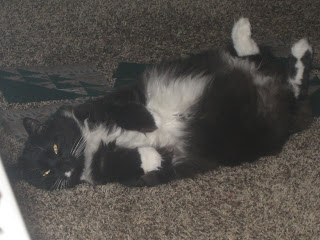 Or perhaps they just know that I am the bigger softie on tummy-rubs.

And I swear that having the Kauni cardigan bogged down in the gold & orange colors has nothing to do with this.......